More than 5,000 fake doses of the Russian Sputnik V vaccine seized in Mexico 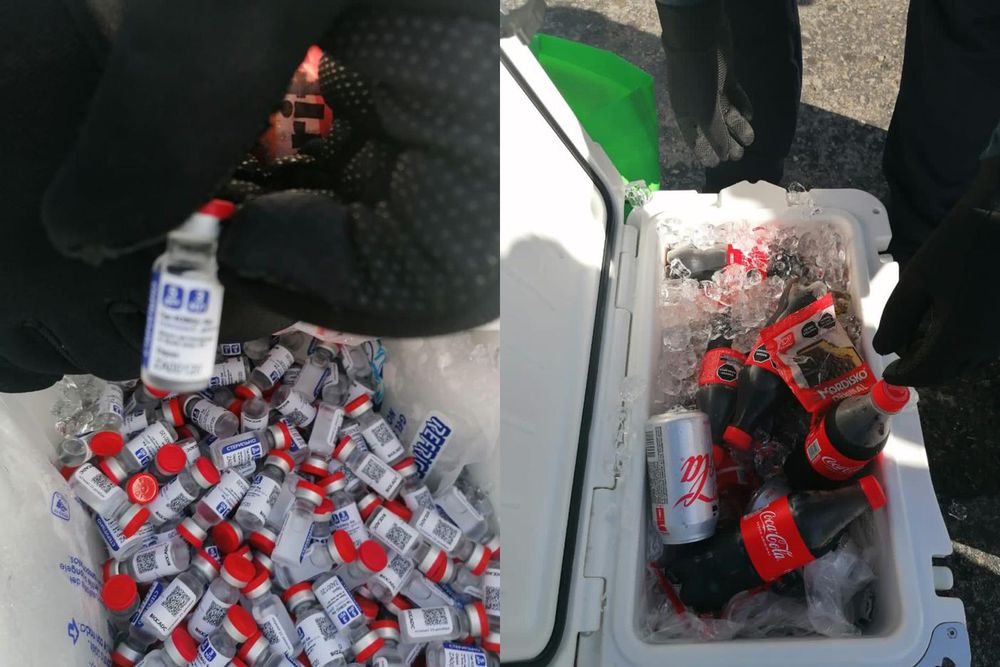 Mexican authorities announced early this Thursday the seizure of 5,775 false doses of Sputnik V bound for Honduras. The Army and customs personnel indicated in a first statement that they were investigating the origin of the shipment, which raised doubts about a possible theft of lots acquired by the Government of Mexico, which are under military protection. After knowing the news, Russia has assured that the seized vaccines were false and that what happened is an “example of provocation” against the main Russian immunization. A spokeswoman for the Mexican Tax Administration System (SAT) has indicated to this newspaper that the Ministry of Health has verified that the drugs “do not correspond to the label, size or shape” and were “different” from acquired after the commercial agreements between both countries.

The discovery occurred at the Campeche international airport, in the south of the country, on a private aircraft bound for San Pedro Sula, the most populated city in Honduras. The authorities in charge of the operation have not given more details about the owner of the plane. It is known, from the statement of the Mexican Government, that the customs personnel have made “the precautionary embargo” of the bottles and the aircraft. The crew and passengers, with Honduran passports, were presented to the Attorney General’s Office without detailing how many there were.

The photographs released by the SAT show more than 1,100 vials labeled as the Russian vaccine that were hidden in two coolers, under soft drinks and sweets. Sputnik V needs a -18 degree cooling chain. The smugglers hoped to replicate those conditions with ice packs and cans to cool the apocryphal doses.

The Russian Direct Investment Fund (RDIF), the body that has financed the Gamaleya Institute’s vaccine work and is now in charge of export agreements, has rejected the possibility that they are stolen vaccines and ensures that the vaccines are stolen. seized do not correspond to Sputnik V, which has already been approved in 50 countries. The images of the seized vials distributed by the Mexican authorities show, for example, misspellings in Russian.

“The analysis of the photographs of the seized lot, including the design of packaging and labels, suggests that it is a false substance that has nothing to do with the original vaccine,” explains the RDIF in a statement. “The shipping procedure also violated the packaging and transportation protocols for the official Sputnik V vaccine,” he continues.

The RDIF explains that each batch of Sputnik V has a unique QR code to trace it back to the place of origin. The Russian background that the vaccine designed by Gamaleya is transported only by authorized personnel and in devices that have remote temperature controls, to ensure that the drug is stored correctly. It is also recommended that the vaccine be applied within two hours after thawing, which, if it is an authentic product, would make it useless as soon as it landed in Honduras.

Russia has assured that its Ministry of Health will collaborate with the Mexican health authorities in the investigation and has disseminated a scheme to help detect other possible false batches of Sputnik V. A movement, however, that raises certain alarms about whether there are other cases. Although the main Russian immunization has not been discussed, counterfeit vaccines – as with other drugs – is already a serious problem in Africa.

The last batch that arrived in Mexico from Sputnik was on March 10 and had 200,000 doses. Just a day before, Honduras announced that it had an agreement for more than four million doses with the Kremlin, while the Mexican government agreed to the arrival of 24 million doses earlier this year, although it has only received 400,000. Both shipments have only been applied in Mexico City, more than 1,100 kilometers from Campeche. The country expects another 500,000 doses of the Russian vaccine, scheduled for March 22.

“They will all die”: the doctor fears the worst scenario in “Anne Will” – and has to take it hard

Editorial Growing tensions between Ukraine and Russia are difficult to resolve