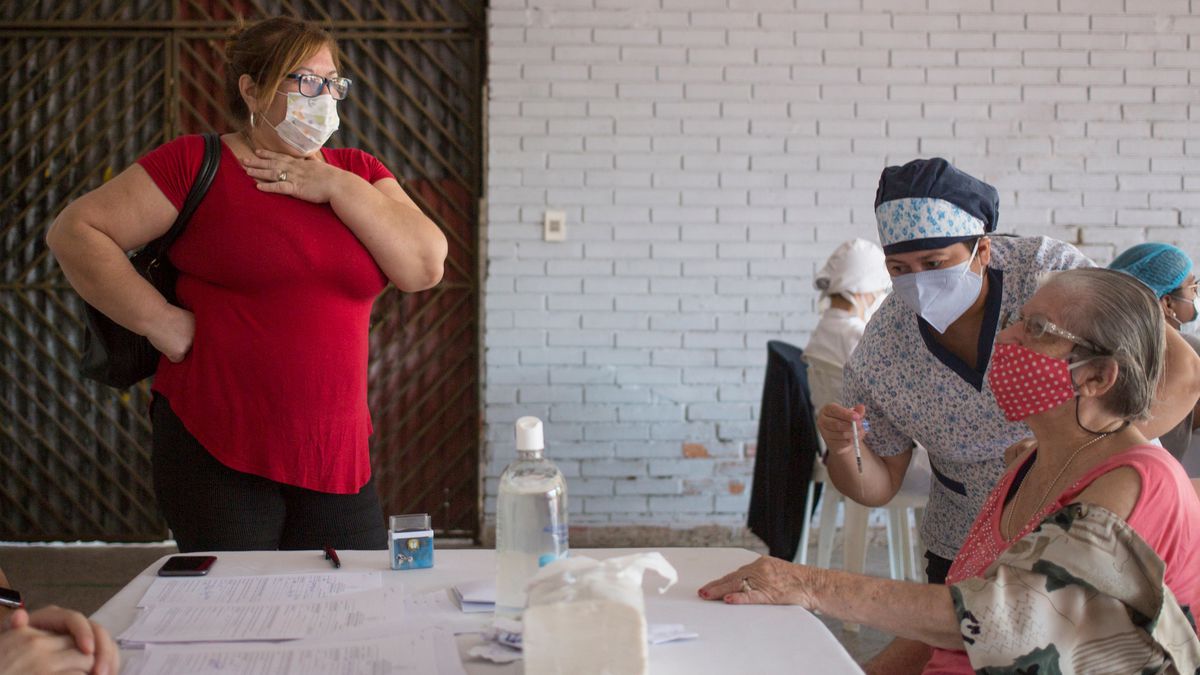 Only those over 75 years of age have the right to a vaccine against covid-19 in Paraguay. However, the senator of the conservative Colorado Party, Mirta Gusinsky (73 years old) was vaccinated on April 20. Gusinsky denied it to the press, before being hunted down by the Health Ministry with a vaccination document that bears his signature. He is accompanied in the scandal by another 500 people, all suspected of having skipped the line.

The scandal has had a great impact in Paraguay. Intensive care beds have been full for weeks, and the country recently hit a record 100 deaths per day. In public hospitals, even the most equipped, most patients do not even have a bed to lie on and are assisted with oxygen while sitting in armchairs and chairs. The tents and lines of family members waiting outside hospitals are increasing. Accessing a private center is prohibitive: they ask for prior deposits of $ 5,000.

“I am very angry and a mixture of negative feelings, but we are going to continue as we can,” said Paraguayan Health Minister Julio Borba, the second head of the portfolio since the beginning of the pandemic, after the resignations caused. due to the protests last March, which put even the president, Mario Abdo Benítez, in check.

The vaccines promised by the Government and by the WHO have not yet arrived. Paraguay has one of the lowest vaccination rates in the region and in the world. So far it has only received about 300,000 vaccines and administered about 120,000 among its seven million inhabitants.

Among those vaccinated without rights there are former governors, former deputies and even a former state prosecutor. The list was released under the title More VIP vaccinations? in social networks by Valentín Sánchez, a Paraguayan computer scientist who accessed, ordered and shared the public data provided by the Ministry of Health.

Gusinsky received the first dose of the vaccine in his own home and this had to be authorized by the director of the corresponding health region, Robert Núñez, and other middle managers. Among her excuses, the senator regretted that her visa to the United States, where many Paraguayan businessmen travel to get vaccinated, has expired. The case is not the first, but it is the most scandalous. Gusinsky had to resign his seat in the Senate, an anomaly in the Paraguayan legislative branch.

On Tuesday. The Paraguayan Executive responded by presenting a Health Emergency Bill that includes a chapter that “punishes irregular vaccination and the theft of medicines and supplies during the pandemic.” He has another project in the pipeline to take care of the expenses of the people who come to the intensive care units and also of some medicines that until now had to be bought in pharmacies or smuggled.

The registry of infections by covid-19 added on May 3 1,910 positives and 81 deaths, reaching 6,653 victims. Deaths related to covid-19 are tying those linked to heart disease, the leading cause of death in the country. At least 40 doctors and 35 nurses from Paraguay have died from exposure to Covid-19 in the last year and the mortality rate is among the six highest in South America.

“My worst nightmares are coming true now. Rooms that are for medical clinics, for multipurpose patients, are now full of respiratory patients with covid and those with other pathologies are being displaced ”, says Carlos Gómez, intensive care physician at Hospital de Clínicas, one of the most important public centers from the country.

A year ago, Paraguay was among the best countries in the contagion index, says the doctor, “but currently the situation has become chaotic. The vaccines did not arrive on time ”.

Paraguay took the appropriate measures at the beginning of the pandemic, but its closeness and economic dependence on Brazil keeps it at risk. This is how he explains it to Guillermo Sequera, epidemiologist and director of Health Surveillance of the Paraguayan government: “Paraguay is not exactly an island. It is the country furthest inside Brazil or furthest inside Sao Paulo, where the covid atomic bomb exploded in South America ”.

The Government now awaits the arrival of the vaccines it bought from Russia and India and the Covax mechanism of the World Health Organization.

Podemos and Cs accuse the Executive of favoring their "friends"

Books Paavo Arhinmäki opposes boycotts of athletes in his new book: “If Finland were to reach the Qatar World Cup, I think the national team should take part in it”