More than 50 dead in fire at Covid ward Iraqi hospital 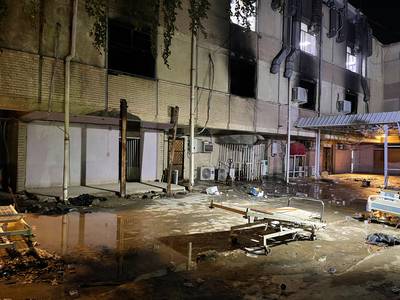 At least 52 people have been killed and 22 injured in a fire at a hospital in southern Iraq, Iraqi state television reported based on local health services. Previously, 41 people were killed and 60 injured. The fire broke out at the Covid ward of Imam al-Hussein Hospital in the city of Nasiriya in Dhi Qar province, 375 kilometers south of the capital Baghdad.