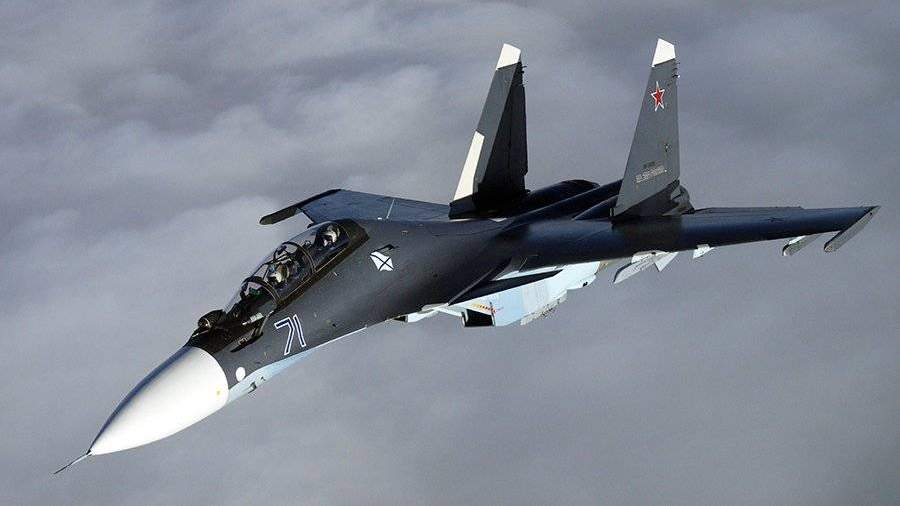 More than 50 fighters, aircraft and attack aircraft were involved in the exercises over the Black Sea, the press service of the Southern Military District (YuVO) reported.

The planes will have to carry out rocket launches and bombing at sea targets. The ministry clarified that Su-27SM, Su-30SM fighters, Su-25SM3 attack aircraft and Su-24M and Su-34 bombers are taking part in the exercises.

Pilots from the 4th Army of the Air Force and Air Defense and the Black Sea Fleet accompany ship strike groups, and also provide security in the Black Sea as part of reconnaissance strike complexes.

During the exercise, Su-25SM3 attack aircraft from the Stavropol Territory were relocated to the airfields of the Crimea, and the Su-25SM3 squadron, based on the peninsula, to the Ashuluk training ground in the Astrakhan region.

On April 14, it was reported that a detachment of ships of the Black Sea Fleet of the Russian Federation went to sea for exercises.

The training activities will also involve helicopters and aircraft of naval aviation and air defense of the Black Sea Fleet. The maneuvers are carried out as part of a control check during the winter training period.

‘The crystal girls’, the story of friendship and overcoming of two dancers

Officials: Human safety is at the top of the leadership’s priorities