More than 100,000 public employees return to the presence, with a scheme of ‘bubbles’ 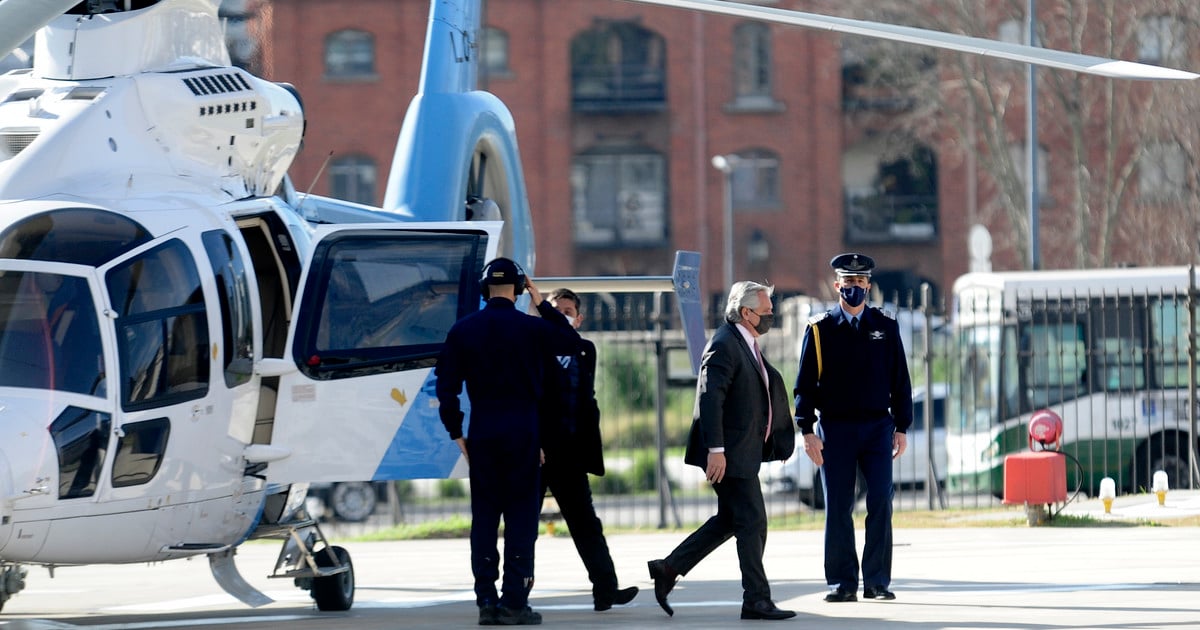 Next Wednesday, September 1, the “civil” employees of the National Public Administration must return to their places of work, with a modality of “programmed presence, by bubbles”, depending on how each public body resolves, either with total presence or by alternating days or weeks.

It is estimated that more than 100,000 public employees will return to face-to-face work next week, in a decision of the Ministry of Public Employment, which reports to Chief of Staff Santiago Cafiero, and it has the backing of the national unions of state personnel.

“We fully agree with the return to face-to-face work. Bubbles will be created in each workplace so that they take turns, depending on the physical space of each distribution, “he told Clarion Andrés Rodríguez, secretary general of the Union of Civil Personnel of the Nation (UPCN).

Hugo Godoy, Secretary General of the Association of State Workers (ATE) also raised Clarion: “We are working to guarantee that the return to presence be progressive and consensual, guaranteeing vaccination for those who are not yet vaccinated and the application of protocols according to the infrastructure of each place “.

As Clarín reported, on September 1 the plan to return to the presence of the national public sector begins. And that day the government will re-record the attendance of the personnel with the biometric system of control of the presenteeism, which has been out of operation since the coronavirus pandemic started in most workplaces.

“Just over 40% of civilian public employees currently have a face-to-face scheme. But it is not homogeneous, because there are places where almost 100% go, such as ANSES, Migrations or Customs, while in other places the percentage is very low “, said to Clarion a source from the Secretariat of Management and Public Employment, of the Chief of Cabinet.

Alberto Fernández, in his first Cabinet meeting at the Casa Rosada Museum. The state ones will have to return to the presence. Presidency photo.

And I add: “We are working so that this percentage increases progressively and on September 1 everyone returns to face-to-face, with different modalities, with bubbles that can be daily or weekly, according to the infrastructure available in each place “.

Each organization will have its own way of returning employees to the presence, according to the conditions they have in each building, to comply with the Covid-19 Protocol, established in the Commission for Working Conditions and Environment (CyMAT), made up of the Government and the ATE and UPCN unions.

There it was established that employees must be trained in the mechanisms to protect themselves from the coronavirus, such as maintaining the ventilation of rooms, continuously, leaving two windows open all the time. Also, there has to be a minimum social distance of two meters between each person and the use of chinstraps on a permanent basis, along with hygiene standards for hands, utensils and workplaces.

“Employees will be notified, 72 hours in advance, to report to their workplaces. And they will have to present their vaccination certificate, even if it is a dose, applied no less than 14 days before returning to his office, “they said from the national government.

The only exceptions to comply with the “programmed presence are pregnant and immunosuppressed”, explained from the Ministry of Public Employment. And they added that they will “persuade” those who have not yet been vaccinated to do so, since currently they are around 15% of the total. “They will have to justify why they have not yet done so and we are going to offer them health posts to get vaccinated,” they insisted.

The Resolution 91 of the Secretariat of Public Employment establishes the conditions of return to the “programmed presence”. There it is stated that these conditions began to apply once the Resolution was published in the Official Gazette, which was on Tuesday of last week. But government sources They clarified that there was time until September 1, so that all organizations “organize themselves in advance and can comply with the return to presence.”

In any case, the Government stressed that will follow the schedule of shifts to carry out procedures, to avoid crowds of people in public buildings. “Corona” .. This country warns of serious cases among children