More tension between Nation and City: they closed the Spanish Hospital and there was crossfire between Larreta and Volnovich 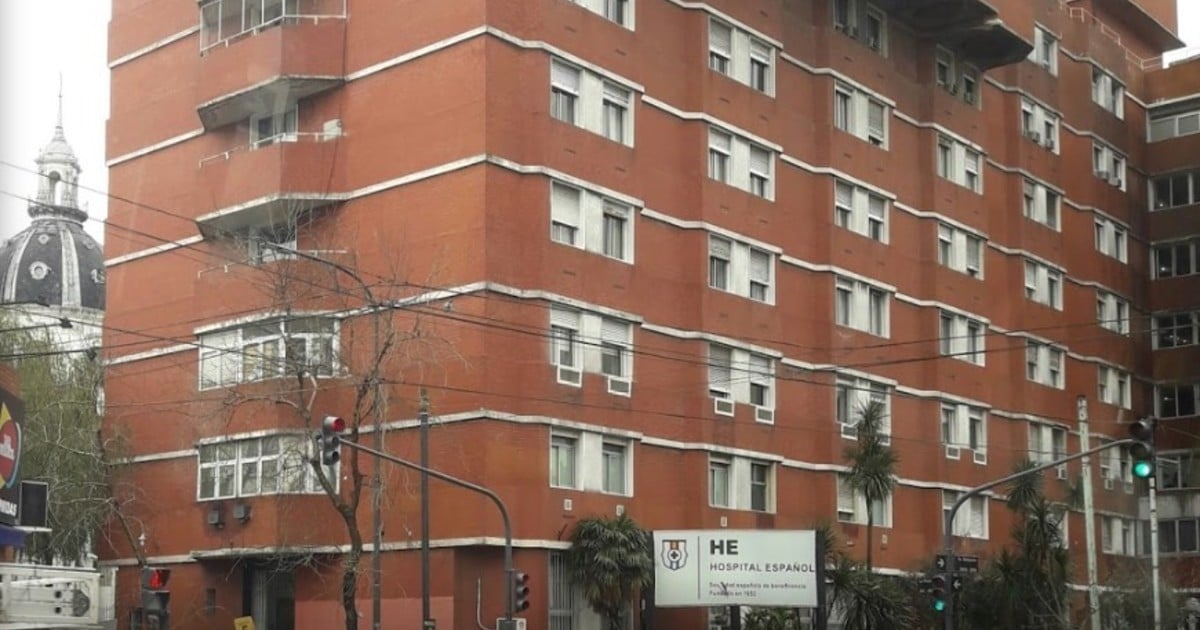 The relationship between the Nation and the City of Buenos Aires is tense week by week and the differences between the two administrations seem increasingly irreconcilable. The new dispute has to do with the closure of the Spanish Hospital, ordered by the Government Control Agency in the event of non-compliance with various safety regulations.

The fact was denounced by the head of PAMI, Luana Volnovich, who directly blamed Horacio Rodríguez Larreta, and his Minister of Health, Fernán Quirós, for the closure of the health center that serves more than 70 thousand members of that social work.

However, the head of the Buenos Aires government assured that it was a decision of an “independent” body and said that it will not be “of health a political discussion “.

“Today we learned that the Spanish Hospital of PAMI was closed by the City of Buenos Aires. I hold @horaciorlarreta and @FernanQuirosBA responsible for any consequence derived from this decision,” Volnovich wrote on his Twitter account late on Monday.

According to the minutes, the closure was due to having “expired the grounding protocol, due to the lack of emergency lights throughout the extension of the means of egress and due to the inexistence of a fire detection wafer.”

The closing act of the Spanish Hospital.

The camper leader stated that “the Spanish Hospital serves 71 thousand affiliates and affiliates and is our largest referral center for Covid patients in CABA“, and noted:
“They closed a hospital in the middle of the biggest pandemic we have memory of for lack of” a wafer “and some emergency lights ????”.

“For tomorrow (for this Tuesday) we had 26 surgeries, 680 shifts, 93 cancer patients, 8 chemotherapy patients. And I could go on … All these people tomorrow will not have a hospital and must be referred. We will file a judicial complaint against the City in protection of the retirees and retirees of PAMI “, added Volnovich.

In addition, the head of PAMI assured that she contacted the Buenos Aires governor, Axel Kicillof, and other providers of the City of Buenos Aires to “initiate a massive referral process that could respond to this dramatic situation.”

The Spanish Hospital is one of the main providers that PAMI has in the City of Buenos Aires, although for several years it has been a center of criticism for the lack of maintenance in its infrastructure.

This Tuesday, Rodríguez Larreta denied that the Buenos Aires Executive had any interference in the closing ceremony and assured that he was not going to “use health issues for political discussion”.

“It was a technical decision resulting from the responsibility of the City to inspect and control. The control agency works independently, I have no interference in those control decisions. I am not going to get on to politicize something that has nothing to do with it. with politics. We have to be very cautious and I’m not going to make health a political discussion“, he assured in statements to radio La Red.

Founded in 1852, the Spanish Hospital has its main headquarters on Belgrano Avenue and is one of the most important providers that PAMI has in the City of Buenos Aires.

Get set for the Saturday snow !!

The Junior Women’s Espada team, runner-up in the world in Cairo