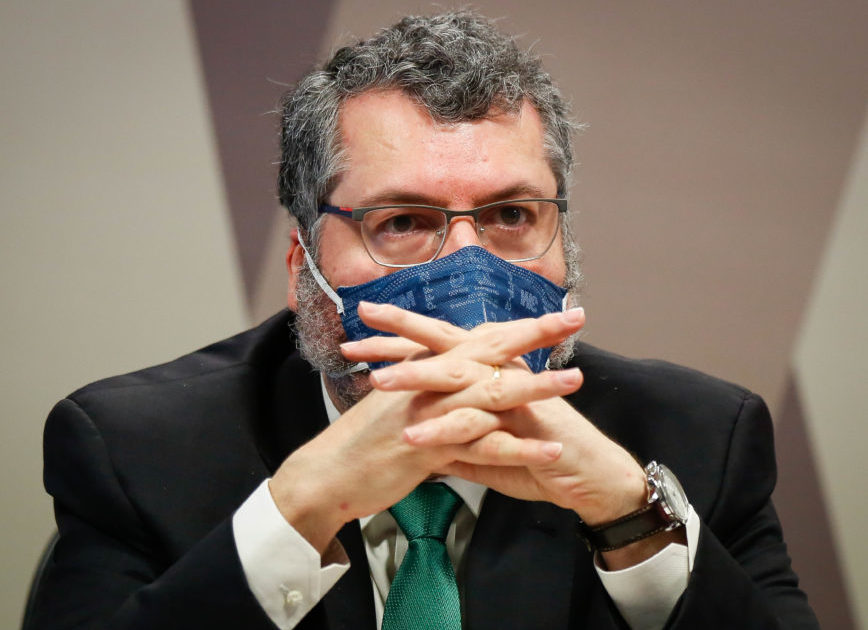 Minister Alexandre de Moraes, of the STF (Supreme Federal Court), this Monday (June 21, 2021) rejected an appeal by the former Minister of Foreign Affairs, Ernesto Araújo, against the breach of telephone and telematic confidentiality authorized by the CPI (Commission Parliamentary Inquiry) of Covid. Moraes had already denied the request on June 12, but Araújo’s defense appealed for the decision to be reviewed.

According to the former chancellor’s defense, Moraes’ previous decision was “silent” since he did not analyze the request that the break be limited to the period during the pandemic that Araújo was Minister of Foreign Affairs – March 2020 to March 2021.

Moraes disagreed with the defense’s thesis that the delimitation request was not considered in its 1st decision.

According to the STF minister, when he states that CPIs can invade individual public liberties, as well as magistrates during criminal proceedings, the request for delimitation was also answered. here is the whole of the decision (116 KB).

“It is important to note that the subsidiary request, for logical reasons, is comprised of both the decision that rejected the injunction and its grounds, since the CPI’s investigative powers are recognized, in the same manner as the magistrates“, says the minister.

Moraes also reiterated that individual rights and guarantees cannot be used as “a real protective shield from the practice of illegal activities”.

Araújo’s breach of confidentiality was decided at Covid’s CPI in the Senate on June 10th. The objective, according to the commission, is to deepen elements about the “regrettable negligence of the former chancellor to obtain vaccines and supplies for Brazil” during the covid-19 pandemic.