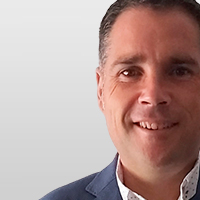 The sports revolution in Hercules that Carmelo del Pozo is preparing for next season has also affected Sergio Mora’s coaching staff. The new Blue and White coach, after several meetings, has given his helpers a twist and has announced its new staff. The main novelty is that Mora has recruited Sergio Pelegrín for his coaching staff. The Catalan will be one of his close assistants, along with Pepe de la Sagra.

The other big change is in the physical trainer. Carmelo and Mora have opted for a profile with experience after the tumbles that occurred last year and Ignacio Gonzalo will be responsible for the physical plot. Chema Giménez has renewed and will continue to be the goalkeeping coach. Gonzalo Ferández de la Vega will be the retrainer and continues from last year.

Mora wanted to be accompanied by people he trusted and Carmelo has given the coach total freedom to choose his assistants. So, the Madrilenian has opted for Pelegrín. The two have known each other for a long time. Their last adventure as players was in Alavés, but both were also part of the coaching staff of José Bordalás in Getafe the last seasons. In addition, Pelegrín already has experience as head coach after directing the Elche subsidiary.

For its part, Pepe de la Sagra will combine the tasks of technical assistant of the first team with those of coordinator of grassroots football. The former technician of the subsidiary was appointed a few days ago responsible for the quarry and now he will also be one of Sergio Mora’s assistants.

The other new face is that of Ignacio Gonzalo. The physical trainer has a great experience after serving five seasons in Oviedo, while his last adventure was at the Cultural Leonesa.