Montoya, stainless, will run the Indianapolis 500 in 2022 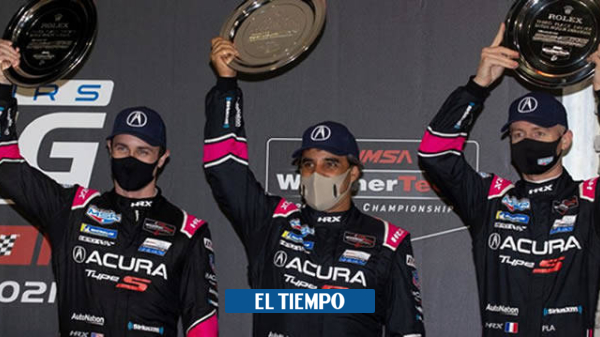 The Colombian Juan Pablo Montoya, 46, will compete in 2022 in the IndyCar Series with the team Arrow McLaren SP, with which he will compete again in May in two of the competition’s races: the GMR Grand Prix and the Indianapolis 500, of which he is a two-time winner.

Montoya will complete the Arrow McLaren SP team with Mexican Patricio O’Ward and Swedish Felix Rosenqvist in May, with the GMR Grand Prix, scheduled for Saturday 13, and the Indy 500, on Sunday 29.

“I am excited to return to Indianapolis with Arrow McLaren SP and Mission, to compete once again in a race that holds a special place in my heart: the Indianapolis 500,” said Montoya.

“I had a great experience with the team last year and I look forward to building on the progress we made in 2021. I think we have a real opportunity to compete at the front of the field and fight for victory,” he continued.

Montoya returns to Arrow McLaren SP after racing with the team last year, finishing ninth in the 105th Indianapolis 500 hosted by Gainbridge. This year he will attempt to qualify for his seventh appearance in the race, which he has contested six times in his career, including victory as a rookie in 2000 and again 15 years later in 2015.

“We are delighted to have both Juan Pablo and Mission Foods back for another 500 Indianapolis miles,” said McLaren Racing CEO Zak Brown. “Juan Pablo is an institution in motorsports, with two victories in the Indianapolis 500 and an impressive Formula 1 race with multiple victories for McLaren.

It adds an experience that really benefits our team, giving us another driver with the potential to win anytime he gets in the car, “added Brown.

Faced with a negative reaction, aid to truck drivers may be abandoned, says Tarcisio