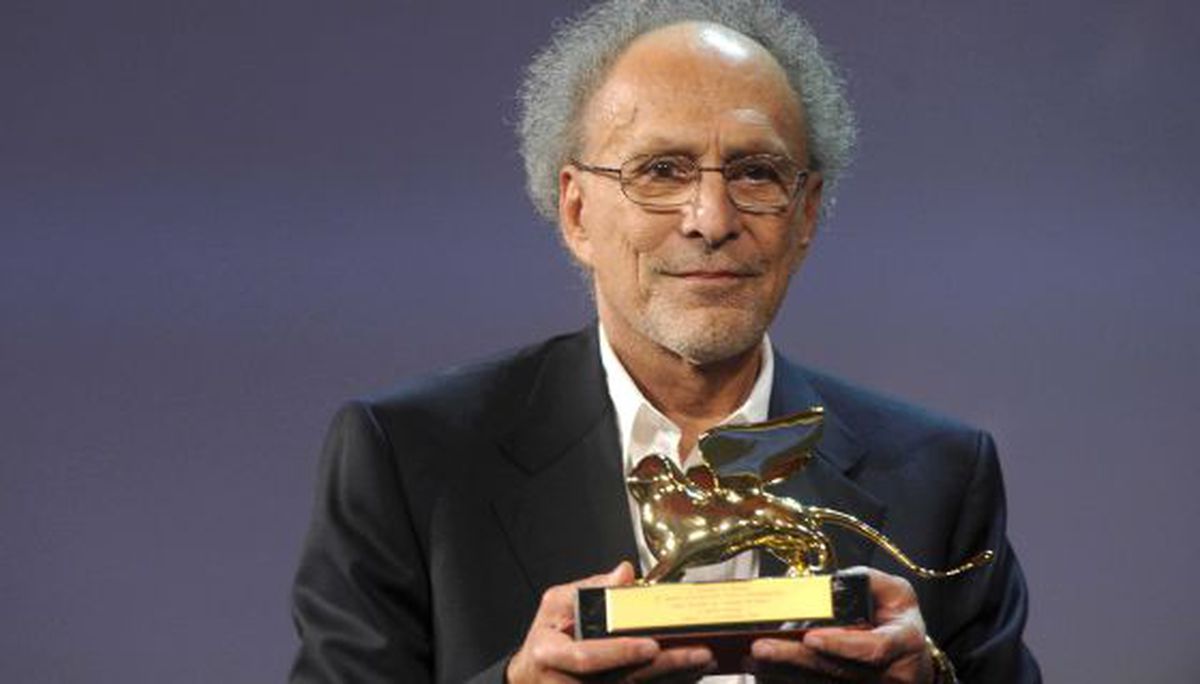 With the death on Tuesday, April 20, of Monte Hellman, at the age of 91, a way of making cinema of which little remains in these times of Hollywood studios and platforms is leaving. The announcement of his death, at the Eisenhower medical center, in Palm Desert (California), was made by his daughter Melissa, who specified that her father had suffered a fall at home last week. His fascinating way of narrating the action, of which the great examples are Asphalt road in two directions (1971), The shooting (1966) or Game-cock (1974), his ability to squeeze the meager budgets – learned in his work with Roger Corman – and to make the most of faces like those of Jack Nicholson, Warren Oates or Harry Dean Stanton made him become the example for later generations of creators of indie American and one of the references of Quentin Tarantino, of which he was executive producer in Reservoir Dogs. Original when allowed, in Asphalt road in two directions He tried a different ending than expected, thanks to a trick performed beyond the camera: the celluloid seems to burn, thus underlining the message of a film as different as it is fascinating.

Hellman was born Mount Himmelbaum in Brooklyn, New York, in 1929 and grew up in Albany, in the same state, where his father ran a small grocery store. When he was 6 years old, the family moved to Los Angeles. After studying Theater at Stanford University and Film at UCLA, and directing a summer theater and various jobs on the ABC network, as an editor, and in another theater, he joined the production company of Roger Corman, the legendary creator of series cinema. B. For him he directed The beast from the cursed cave (1959), which Hellman – who had already changed his last name – described as “Cayo Largo with a monster ”. Corman must be thanked for training some of the later founders of the New Hollywood based on ultra-fast shootings on a small budget: there they worked, for example, along with Hellman, Francis Ford Coppola, Peter Bogdanovich, John Sayles, Jack Nicholson. , Peter Fonda or Jonathan Demme. Under the Corman umbrella, without appearing in the credits, Hellman not only directed, with the opening sequence of Dementia 13, of Coppola, as an example of this, but also helped in the assembly of The Savages (1960).

With Jack Nicholson, whom he had met in that film, Hellman formed a wonderful artistic couple: thus they arrived in 1964, shot both in the Philippines, and outside the world of Corman, the war drama Escape to hell Y Journey to anger (with a script by Nicholson). Actor and director took to the western in 1966, filming in Utah The shooting (with Warren Oates) Y Through the hurricane again with the actor’s script. They are two dry works, which the critics baptize as existentialist thanks to their vital reflection, hidden under an austere image, far from mellifluous details and with characters doomed to failure and self-destruction.

In Hellman’s career his own works are mixed with his work as an uncredited editor (he worked on Head, from Rafelson; Fighting for my rights from Demme; or The aristocrats of crime of Peckinpah), producer of additional takes for films that changed in their passage to television, finisher of films of deceased directors (as in Me the best, the biopic by Muhammad Ali, or The spy train), or second director of action sequences, as in Robocop, where it came in when Verhoeven began to rack up filming delay. In 1987, the filmmaker defined himself as follows: “I’ve always been a guy for hire. And I have usually taken whatever job they offered me. ” Two years later, in an interview in EL PAÍS, he explained: “I am the trusted man of several production companies who, paradoxically, do not trust me when I present a project of their own to them.”

But at other times he was able to show all his talent, and the best of the examples was Asphalt road in two directions (1971), in which he featured two musicians, James Taylor and Dennis Wilson, from The Beach Boys, and Warren Oates. The protagonists are two boys who travel the roads in a Chevrolet of the 55 in search of illegal races in which to compete. There is little else in their life, they hardly speak to each other and on their way through the southwestern United States they will cross GTO, a veteran driver who challenges them to see who gets to Washington first. The road movie it was a flop at the box office because Universal decided not to invest in its promotion. But the press supported it and over time it became a cult film. For Richard Linklater, for example, “it is the purest road movie American ever made, it looks like a drive-in movie directed by a filmmaker from the nouvelle vague and it is both the last film with the spirit of the sixties and the first with the soul of the seventies ”.

His last feature film for the Corman factory came in 1974 with Fighting cocks, again with Oates and Harry Dean Stanton, and from that moment on, his films as a director were distancing themselves in time. At the same time that he made a living from all kinds of jobs already mentioned, Hellman began teaching film classes at the California Institute of the Arts. Although his fame grew among the filmmakers of the indie American of the eighties and nineties, and in European critics, Hellman has already directed only a handful more titles: the western Clayton drumm (1978), with a very rare cast consisting of Oates, Fabio Testi and Sam Peckinpah; The Iguana (1988); the horror film Mind-blowing possession (1989) and chapter Stanley’s Girlfriend, from the episodic movie Trapped Ashes (2006).

Tarantino asked him to help him with Reservoir dogs (1992), and for that reason he was one of the executive producers. In 2010, he participated with his latest feature, Road to Nowhere, film noir with plans to go further, at the Venice Film Festival, whose jury was chaired by Tarantino. His disciple invented a special Golden Lion with which he recognized Hellman as a “great film artist and minimalist poet.” Although in that contest, for EL PAÍS, Hellman recalled: “When you work with a guy like Tarantino, write well what I’m going to say, the best thing is to strictly follow this advice: ‘Get out of his way’. If you do that, everything will be fine. “