Monte Buey: the cradle of direct sowing that does not stop innovating 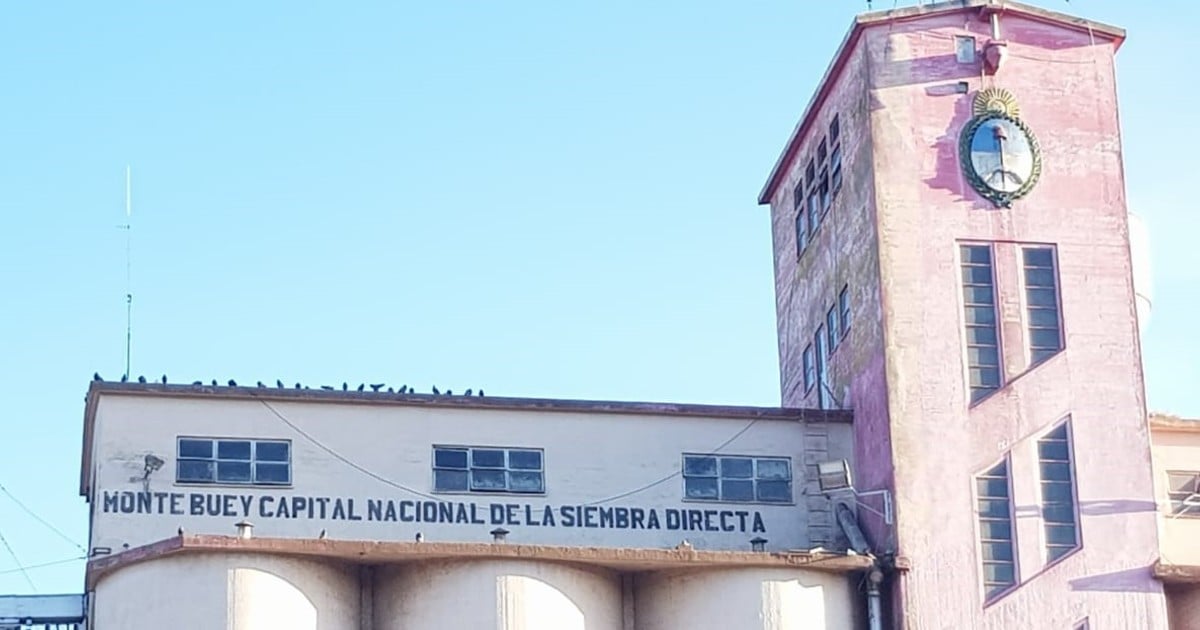 Every October, since the National Congress declared so in 2000, the National Direct Sowing Festival is held in Monte Buey. Actually, what he ordered is that this town, together with its neighbor Inriville (20 km away), be declared National capital of direct sowing and the department of Marcos Juárez, a pioneer in this initiative. But the interesting thing is that they did not keep that cucarda. They have been able to cultivate this recognition. Old and new generations amalgamated to go for more.

So, in this town of barely 7,500 inhabitants has grown the metalworking industry, became the first Green Municipality with IRAM certification (they are even with a project to measure carbon footprint in peri-urban fields) and in recent years it has also bet on pig production, adding value to the grains produced and processed in the area.

Originally from Monje, another small town in southern Santa Fe, after studying and working in 1998 in Rosario (closely linked to Aapresid, the Argentine Association of Direct Sowing Producers), Santiago Lorenzatti has made a name for himself in the agricultural community from his seriousness, responsibility and technical knowledge. “I arrived in Monte Buey at the end of 2007, when Jorge Romagnoli, who was in an expansion stage, invited me to work in his company,” Lorenzatti recalled.

Santiago Lorenzatti, a native of the town of Monje, but settled in Monte Buey.

“Monte Buey is the cradle of direct sowing, because here, in the department of Marcos Juárez, there are many pioneers such as (Rogelio) Fogante, Romagnoli himself, Eric Rosso and Roberto Peiretti, they are all from this neighborhood,” Lorenzatti said. However, they have not kept that painting. They bet to continue leading the change. Recent data from the Buenos Aires Cereal Exchange showed that in the last five seasons, the number of producers growing service crops increased fivefold and the region that has the largest surface area with this practice is the south of Córdoba.

“Beyond SD, it is a town that has an important entrepreneurial imprint related to agribusiness, it is a society that is committed to growth, innovation and leadership that goes beyond agriculture,” Lorenzatti summarized. And I add: “The density of agricultural engineers who live here is very highMany, like me, came from other cities and towns, but many others are young people from here, who went to study and returned ”.

Of course, the Romagnoli surname is strongly linked to innovation and production. Gustavo Romagnoli, cousin of Jorge Romagnoli, third generation of producers, was born in the countryside, went to the primary school in a rural school, then the agrotechnical college and finally agronomy at the University of Córdoba. “It is clear that there is a strong milestone with the first steps of direct seeding, but from the 80s until now the changes have been constant, I couldn’t tell you just one, ”said Gustavo Romagnoli.

“In the time of my grandparents they were farms, people lived in the countryside and there were many rural schools, they made a lot of wheat, some corn and livestock was extensive, some pigs and some were encouraged to a complete bovine cycle but very artisan ”Recalled Romagnoli. And he continued: “That was transforming and the cattle ranch gradually went away, in 2000 there were very few fields that were left to growers, also between 1990 and 2010 there was an exodus of rural families to the town ”.

However, despite all these changes, for Romagnoli, the highlight is that the area (Monte Buey, but also Inriville, and Marcos Juárez’s party in general) maintained “The flag of being an avant-garde region”. Precisely, the professionalization of some family businesses, which were organized and began to see new horizons, allowed to export the knowledge of direct seeding to other sitess. “First they went to fields in the west and then to the north, first the north of Córdoba, then Santiago del Estero.”

According to Romagnoli, this dispersion from the professionalization of family businesses “Monte Buey” was the engine for the installation of many input companies “because if you think about it, to supply the 60,000 hectares in the neighborhood of Monte Buey , the number of so many agronomies and sale of inputs does not close you, in reality there are important service centers that are sustained because from here we manage other areas of production that are not here “.

Born (in 1977) and raised in Monte Buey, the son of an agricultural producer, a rural teacher mother and a contractor grandfather, Luis Turletti has arrived at the Ministry of Production, Environment and Development under the management of Mayor Edwin Carlos Riva (Coalition of the All Party by Monte Buey) with a thorough knowledge of what the countryside represents for the people.

“It is a town with a purely agricultural economic base, it has been growing driven by agriculture”, confirmed Turletti, who marked as significant disruption the adoption of direct seeding and the work of the pioneers, “Who began to develop the technique not only here, bringing progress to the people, but also exported knowledge to other regions such as northern Argentina.”

It seems that in a town with the number of inhabitants that Monte Buey has and a strong specification in agribusiness, there should not be a confrontation between “those from the countryside” and “those from the city”. In short, they are all from the people.

“There can be two paths: a more positive one, which, in a certain way, being a small town, everyone knows that, to a greater or lesser extent, your business is connected with rurality, from a restaurant, a bricklayer, a hardware store, a workshop, a lot of all of this is driven by the activity in the field, “said Lorenzatti. But in addition, he recognized that a self-criticism is necessary due to “a lack of dialogue and interaction with different social actors, that happens here and also in the country.” “Although we interact in other instances with society, such as the school or the club, when we talk about the situations that are generated from agricultural production, we sectorize ourselves,” Lorenzatti lamented.

“There are many technicians who have found their place in the world in Monte Buey, which speaks not only of a job possibility but also of the city as a service provider for the people who are settling in,” said Turletti. And he added: “It is a bit of the concept of local development, which has three pillars: society, economy and environment, and that is strengthened from the relationship between them ”.

At the end of secondary school, young people can stay studying or working, but they can also migrate and study within a few kilometers. In the case of studying an option, it is the University Learning Center (CAU) of the 21st Century University.

The opportunity is also interesting for those who are directly studying secondary school at the agrotechnical school. Lorenzatti praised the contribution made by the Agroindustrial Technical Institute (ITAI), “where people from the town study, but they also come from abroad.”

And in the case of wanting to study elsewhere, before you had to go to Córdoba, today there is the possibility of Villa María, 100 kilometers away.

In the case of looking for a quick source of work, Turletti remarked the range of possibilities offered by the agricultural sector, not only because of the diversity of activities (in the field, in workshops, in offices), but also in the training they demand.

The official stressed that “the development of the pig industry, there are already 11,000-12,000 mothers joining all the farms and it is a sector that demands labor.”

“On the other hand, I am convinced that children who leave secondary school with the knowledge of knowing how to program will find their way to employment and it is a job that, with good connectivity and a computer, they can do from home, for the region and for any part of the world ”, said Turletti.

For Romagnoli, one of the challenges is that there is no social division, that it is possible to continue living with tranquility and that there are possibilities for all those who want to work in different fields and activities.

Along the same lines, for Lorenzatti, one of the challenges is to generate scientific knowledge, certifications as a kick for understanding. “In fact, we certified as the first Green Municipality, serving above all peri-urban agriculture, it is a challenge to continue this dialogue and relying on the competitive advantages that we have,” added Lorenzatti.

Monte Buey was the first green municipality certified by Aapresid.

“The challenge for the municipality, the institutions and the large companies in the city is to continue moving forward so that other companies see the region as an investment pole to follow the value-added chain of grains, for example, pork There is also a poultry farm for eggs, and there is a soy extruder, which places the flour in the pig farms, ”said Turletti.

“Argentina is a machine for generating talented young entrepreneurs, typical of an unstable country that has to accommodate change all the time, that is the advantage of the Argentine human resource, “said Turletti. And he concluded: “The world will always require quality food, which is produced in a friendly way, blockchain technologies are here to stay to provide security to consumers, hopefully everyone understands, that provide legal and economic frameworks, through of credits, to promote this, because Argentina needs to generate more private labor, to offset the burden of public employment, that is what we are looking for from Monte Buey ”.

“Here are a potentiality in soils and environments that allow you to do everything, and the city has known how to take advantage of it well, not only those of us who are in the countryside, because in addition to all the opportunities that are generated, it is a beautiful place to live that attracts professionals and people trained in different areas, the common thread of the zone is the productive potential, but today the city is much more than that ”, pointed out Romagnoli, who highlighted the role of“ strong institutions ”.

“It is a society that welcomed my wife and children with open arms, from the beginning we began to integrate, but it was very easy, as a quality of life it is a fantastic place, the boys go to the club and to school by bicycle, you take a nap ”, summed up Lorenzatti, who, like so many others, was adopted by the city in a healthy give and take.

Terrorism Four people were abducted in Burkina Faso: Among Europeans, two of whom are feared dead