Mont and Ben Chilwell, the absence and return of Maguire 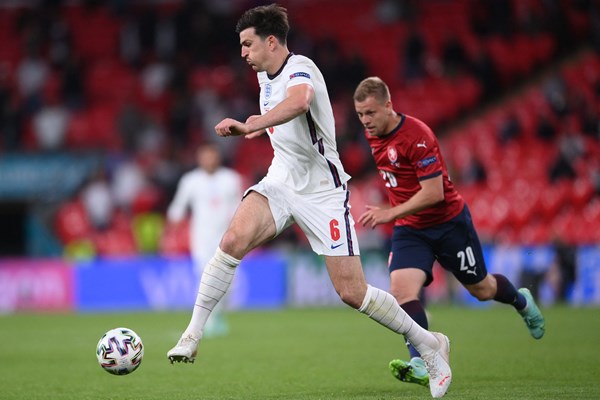 The number of players ready under the leadership of Gareth Southgate, coach of the English national football team, today, Friday, in preparation for the team’s upcoming match against his German counterpart, “Almanchaft”, was limited to 24 players.

The two teams will meet next Tuesday at Wembley Stadium in the British capital, London, as part of the activities of the sixteenth round of the current European Nations Cup “Euro 2020”.

Chelsea duo Mason Mount and Ben Chilwell continued their absence from the England team’s preparations, due to their being in quarantine as a result of their contact with their Scottish player, Billy Gilmore, their colleague at Chelsea, who had tested positive for the Corona virus, after the England and Scotland match last Friday in the group stage. by the championship.

Defender Harry Maguire participated in the England national team training, after training alone in the past few days.

It is not yet clear whether Mont and Ben Chilwell can play the scheduled match against Germany next Tuesday.