Monkeys become more tolerant of others, even competitors, after a catastrophe 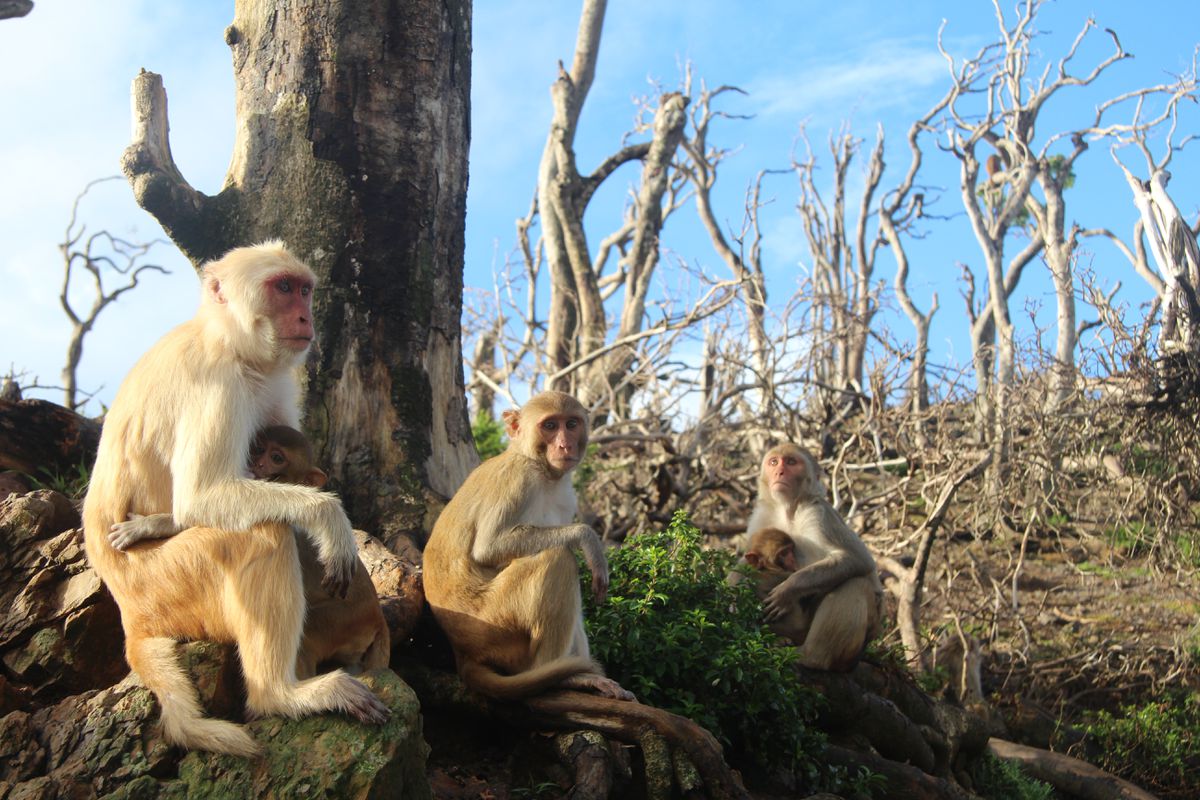 In September 2017, Hurricane María swept through Puerto Rico and caused 3,000 deaths. As President Donald Trump threw rolls of paper at the victims, a scientific team noticed something peculiar among the inhabitants of a small Puerto Rican island called Cayo Santiago. Also known as the island of monkeys, only a population of wild macaques lives there, which have been studied in detail for decades. After the passage of the hurricane, which wiped out much of the vegetation, an unexpected change in their behavior was observed: they seemed to spend less time with their usual circle, dedicating it to acquaintances, strangers and even former competitors.

After analyzing the data of the relationships of hundreds of these macaques from two different clans, they confirmed the surprise, as the scientist Camille Testard explains: “We expected that the monkeys would use their closest allies to face the ecological devastation of the hurricane and, for therefore, they would invest in their existing relationships as their relatives or best friends. ” “Instead,” says this researcher from the University of Pennsylvania, “the monkeys expanded their social networks and the number of individuals with whom they tolerated sharing those limited resources.”

Instead of retreating into their own in the face of adversity, they decided to share with strangers. What’s the point of this? “Our best friends can give us many things. But sometimes, what we need is a social network where everyone is friendly enough ”, indicates Testard, who signs a study in Current Biology the one who develop these observations.

The quality and quantity of social relationships is a good way to predict health and mortality in many mammals, including humans. And the example of Cayo Santiago, according to this team, helps to answer a great pending question: what benefits do social relationships provide from the point of view of their evolution? “Natural disasters are a huge source of instability for humans and other animals. Social relationships, and in particular broad social tolerance, can be crucial to surviving these extreme environmental challenges ”, stresses Testard.

After the hurricane, vegetation was reduced by 63% (as seen in aerial images), leaving these monkeys without much of the necessary shade they use to protect themselves. Normally, they take refuge from the sun by sharing space and activities with their relatives, but they began to groom themselves with less familiar individuals in order to avoid conflicts and to be able to enjoy the scarce and precious shade. The data did not allow them to quantify the reduction in aggression among macaques, but, according to Testard, “in a context of greater competition due to scarce resources, the monkeys became more tolerant and friendly to each other, suggesting a less competitive ”.

Not all relationships grew equally on Cayo Santiago. Monkeys that were socially isolated before the hurricane showed a greater increase. And also the females, who groomed the males more, which caused the social connections of the males to multiply: “This finding is consistent with the role of females in promoting group cohesion in some animal societies,” he points out. the study. To broaden their social networks, macaques tended to take an approach that humans understand well: befriending your friends’ friends, a common bond-forming mechanism throughout the animal kingdom.

Social relationships, and in particular broad social tolerance, can be crucial to surviving these extreme environmental challenges.

The question that is most difficult for this group to answer is whether this tolerance in times of crisis has a collective utility beyond improving the prospects of each individual individually. In their study, they point out that the extension of social networks improves community integration, while focusing on strengthening already established ties “can lead to the fragmentation of the larger group due to the formation of multiple smaller cliques.” Testard believes that it is quite possible that the greater cohesion of the group as a whole after the crisis is only an unintended consequence.

The study considers this natural experiment a good example of how to respond to the disasters that climate change will bring: “Our findings support the hypothesis that social support is an important mechanism that gregarious primates can implement to adapt to extreme environmental changes.” Also for humans, in the face of disasters such as the pandemic? “We”, replies Testard, “have also responded flexibly to the current crisis by altering our social networks. This social flexibility can be a characteristic common to many species of primates and can help us to be resistant to extreme events ”.

The Region will have new flights to Barcelona, ​​Bilbao and Santander from June

Jerónimo Tristante: «I have written my best novels when I was in the worst mood»