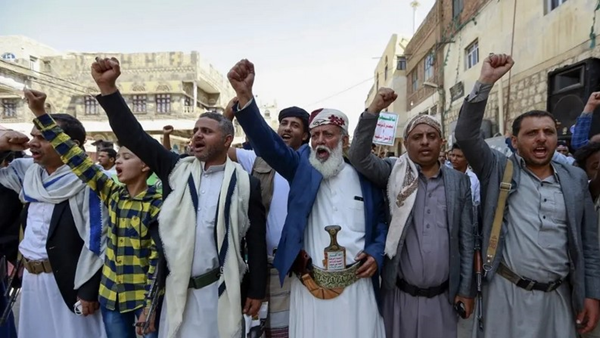 Yesterday, the Yemeni Ministry of Human Rights said that it had monitored 1,635 cases of torture committed by the Houthi terrorist militia against prisoners, including 33 women, and 350 were tortured, during the past two years.
The ministry confirmed in a statement that dozens of women kidnapped in militia prisons were subjected to torture leading to death, while abductees were subjected to physical liquidation, apart from the death of prisoners due to the deterioration of their health as a result of neglect and denial of treatment.
A statement condemning these crimes indicated that the militias affiliated with Iran practiced the most heinous forms of physical and psychological torture and cruel and inhuman treatment against men, women and children, which were prohibited and condemned by local and international laws and customs, and fall under violations of the rules of international human rights law.
The Ministry of Human Rights called on the United Nations and the Office of the UN Envoy to Yemen to pressure the Houthi militia to immediately stop these crimes, to release all abductees and forcibly disappeared persons, to respond to the government’s call and initiative presented by the supervisory negotiating committee to release all abductees and prisoners, and to conduct An exchange process based on the principle of “all for all”.
International and local human rights organizations documented dozens of testimonies of detainees and abductees, of both sexes, who were released, including a description of the psychological and physical torture methods practiced by the militias on them.

Minecraft Dungeons is coming to Steam