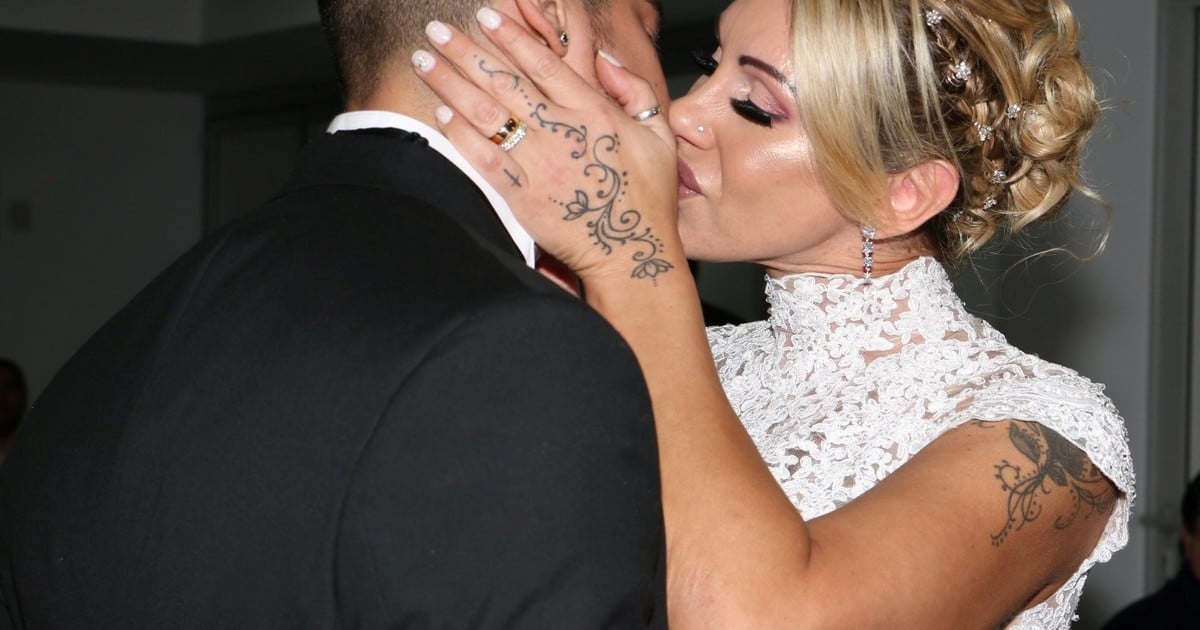 Monica Farro she said that her husband Leandro herrera suffered an injury to the limb while having sexual intercourse.

Because of this accident, the star’s husband went to a sanatorium, where he was diagnosed “penile thrombosis“and told him to rest.

In dialogue with Juan Etchegoyen, in Miter Live (Radio Miter Instagram account, from Monday to Friday, at 5 p.m.), Mónica Farro elaborated on the problem that her husband had with his penis: “It did not break but he had a thrombosis”, precise.

“When it started to swell and turn purple, it was strange she added. Obviously, he went to the sanatorium, urgently. He had a thrombosis. It took him a few days to recover. “” This was with my husband, that’s why I’m telling it, “Farro took care to clarify.

Shocked by the painful scene that Monica was describing, Juan Etchegoyen asked her if she had been scared: “We felt a crack and we continued,” replied the star, de-dramatizing what happened.

The marriage of Mónica Farro and Leandro Herrera. Photo Archive.

“Everything ended well, but after he was dying of pain and we said: ‘Well, I think something happened,’ “Mónica Farro recalled about that sexual encounter with her husband.

Regarding the attitude that her Herrera had after having suffered penile thrombosis, the star recalled: “Later, he didn’t even rest. I had to spend twenty days without doing anything, but at 10, although with pain, I kept having sex“.

“He didn’t take much care of himself, but he was very funny: It was painful for him, but not for me“, Ended Mónica Farro.

As is known, the Uruguayan star is very free when it comes to talking about sexuality. In fact, during this long pandemic, he did live broadcasts on social media to speak to his followers about the issue. “I have a lot of fun going back and forth with the public and I love giving tips so that they have a good time in this context,” he had said in a note with the Noticias Argentinas agency.

“There is a lot of prejudice around the subject, but sex has many variants, such as sensuality, romanticism, attraction, which are topics that can be discussed well without falling into something pornographic, “he declared at the time, while expressing his desire to have a program where he can talk about the sexuality.

On another occasion, in Intruders (America, at 1:30 p.m.), surprised everyone by commenting on the frequency with which she had sex with her husband during the quarantine: “We came with a rhythm of three times a day. With the pandemic, we were together all the time and we had to have fun … “, he said.