Moldova will ask Kozak to withdraw Russian troops from Transnistria 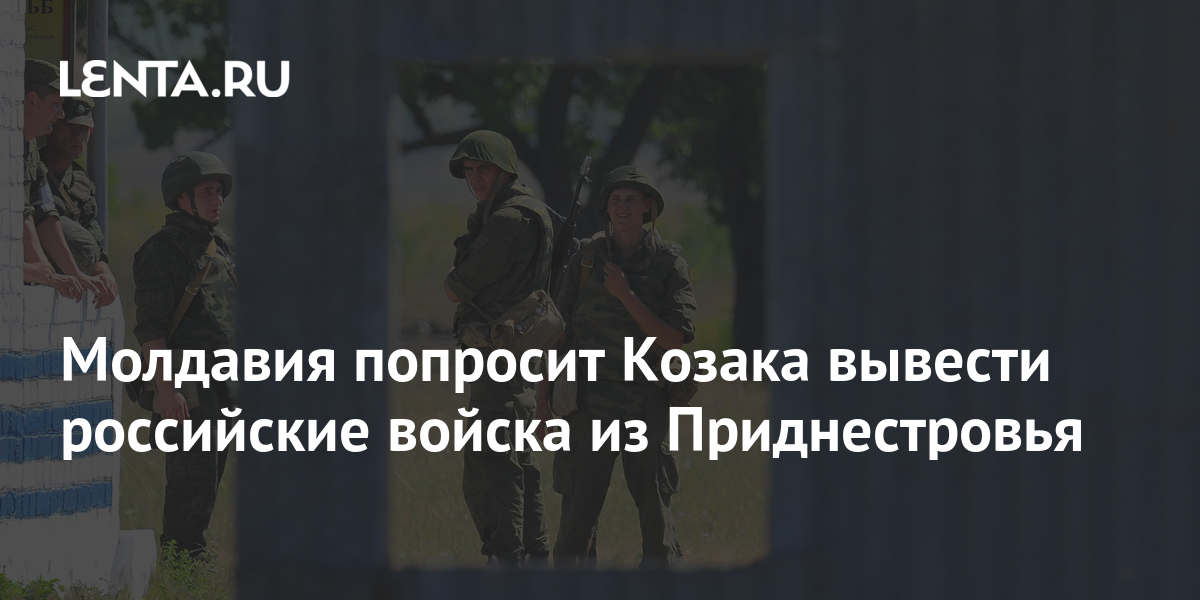 During the visit of the Deputy Head of the Presidential Administration (AP) of Russia, Dmitry Kozak, the Moldovan side will ask him to facilitate the withdrawal of Russian troops from Transnistria. It is reported by Interfax citing a source in the government of the republic.

According to an insider, on August 11, the Russian official will hold a meeting with President Maia Sandu, Prime Minister Natalia Gavrilitsa, as well as Foreign Minister Niku Popescu and Deputy Prime Minister Vladislav Kulminsky. “This visit should not be politicized and linked solely with the discussion of problems of a political nature,” the source said.

He explained that in addition to resolving the situation around Tiraspol, the parties will discuss many other issues, including those related to the import of Russian gas, the export of Moldovan agricultural products and the joint fight against the coronavirus. “We will also talk about economic relations, about the resumption of the work of the intergovernmental commission on trade and economic relations, which has not met since 2017,” the source added.

Kozak is visiting Chisinau at the invitation of Sandu. Earlier, she announced the need to restore dialogue with Russia and assured that the countries need to promptly discuss issues of bilateral cooperation. At the same time, the politician stressed that negotiations should be conducted at the level of governments and, possibly, heads of two states.