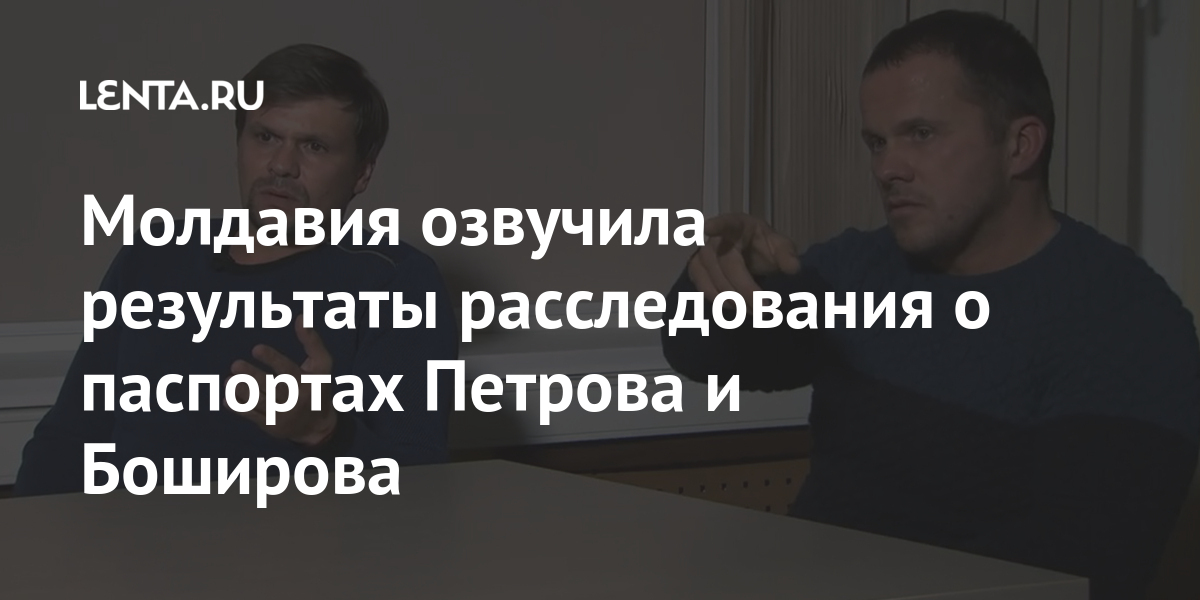 The Moldovan State Services Agency, which deals with the preparation of documents for citizens, announced the results of an internal investigation into the passports of Russians Alexander Petrov and Ruslan Boshirov, whom the UK accuses of poisoning a former GRU employee Sergei Skripal, and the Czech Republic of blowing up an ammunition depot. It is reported by TASS…

30 years ago, Transnistria separated from Moldova. How did the war, which everyone forgot about, began?

The Moldovan authorities did not issue a passport to Petrov in the name of Nikolai Pop, as previously reported in the media.

“Citizen with the identity of Nicolae Pop, born on July 18, 1979, is not registered in the State Population Register of the Republic of Moldova. The passport with the number A3194368 was issued in the name of another person who was born on a different day, ”the agency said.

On April 17, the Czech police put Petrov (presumably Alexander Mishkin) and Boshirov (presumably Anatoly Chepiga) on the wanted list. They were suspected of working for the Russian special services and involvement in the explosion of an ammunition depot in Vrbetica in 2014. Then two people died. Czech authorities claim that Petrov and Boshirov visited the warehouse the day before the detonation and planted the explosives.

At the same time, according to the police, the Russians used in the Czech Republic the passports of a citizen of Moldova Nikolai Popa and a citizen of Tajikistan Ruslan Tabarov.

The official representative of the Russian Foreign Ministry, Maria Zakharova, called the situation with the investigation of the explosions in the Czech Republic a marasmic parade.

The dangers of famous tourist countries were revealed to the Russians

Suskaire: “The Europa League” is a short-term reform!