Mohoric wins the longest stage of the Tour; Van der Poel more leader than ever 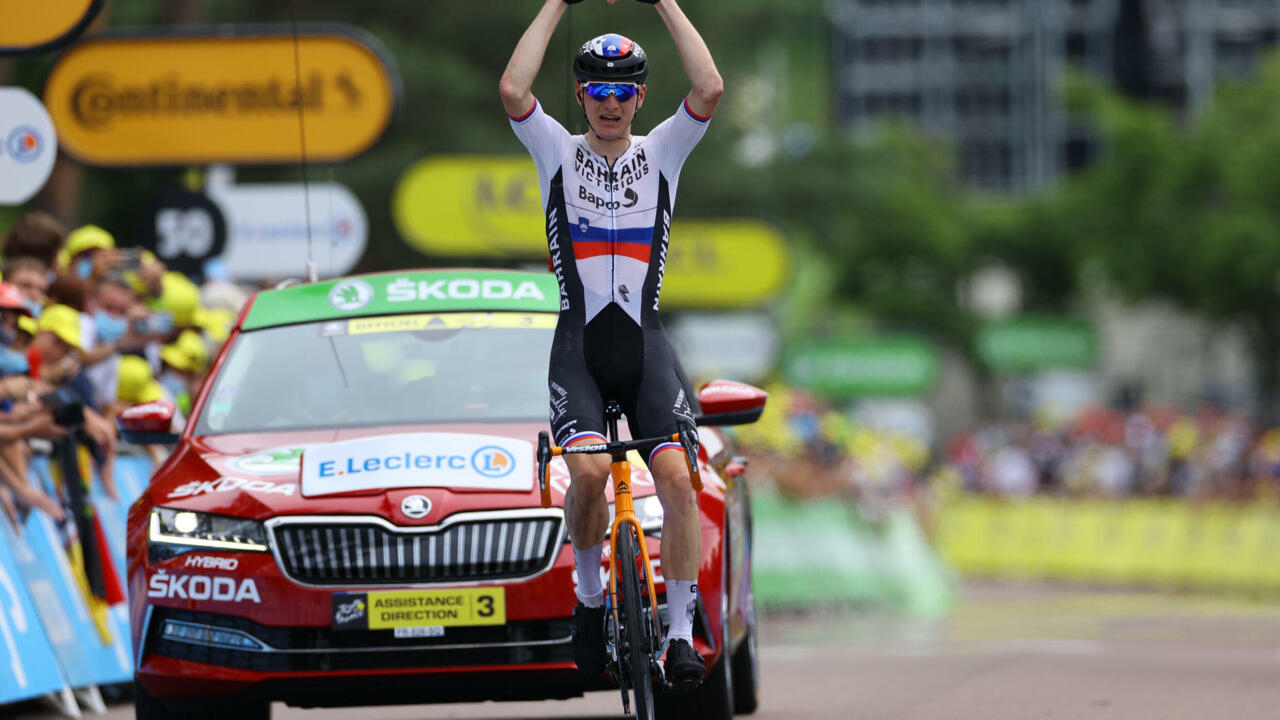 The longest stage of the Tour offered a spectacular setting that changed the general perspective. The Slovenian Matej Mohoric took the seventh stage alone. Mathieu van der Poel and Wout van Aert were the two big winners of the day with more than 3 minutes of advantage over Tadej Pogacar. Meanwhile, Primoz Roglic showed his weaker side. Rigoberto Urán and Richard Carapaz are the best placed Latin American riders in the general classification.

Last Wednesday, after the exceptional time trial of Tadej Pogacar, many thought that the suspense on the Tour was over and that the young Slovenian had an open path to win his second consecutive title. This seventh stage did not change his status as a big favorite, but it showed that nothing is written.

The surprise of the day is not that a solo man wins the longest stage of the 2021 Tour. The 249.1 km profile was perfect for a breakout and victory for Matej mohoric (Bahrain victorious), national champion of Slovenia, has a certain logic. But that the yellow jersey, Mathieu van der Poel (Alpecin Fenix) and Wout van Aert (Jumbo Visma) the third of the general are part of the escape, it is not common. That they manage to take more than six minutes ahead of the big favorite for the final victory was almost unthinkable. It is the scenario that this seventh stage offered.

The Dutch Mathieu van der Poel and the Belgian Wout van Aert, enemies in all fields since they were children (they also compete in cyclo-cross) were allies on the day of this July 2. The two men were at the beginning of the escape after 45 kilometers of running. After several attempts they managed to leave the peloton with 26 other riders including the green jersey of Mark Cavendish and Kasper Asgreen (Deceuninck Quick Step), Vincenzo Nibali (Trek Segafredo), Philippe Gilbert (Lotto Soudal) and Simon Yates (Team BikeExchange). A duros escape from the peloton that Pogacar’s UAE Team Emirates could not control or reach.

⏮ High level among the men who launch the attacks. At any moment we can see a luxury getaway for a stage as special as today.# TDF2021 pic.twitter.com/RcCs8f9TNe


Among the escapees, Matej Mohoric was the strongest and had a memorable stage. Retrieve the Red Pepas T-shirt from the King of the Mountain.

The Slovenian is also a member of the club of stage-winning riders in the three grand tours (Tour, Vuelta, Giro), an achievement that brought tears to his eyes in the last few meters. Mohoric arrived at Le Creusot with a time of 5h28’20.

Richard Carapaz on the attack!

The group of favorites crossed the finish line 5’15 behind Mohoric and 3’35 behind van der Poel and van Aert. A bad move for Tadej Pogacar? Rather a bet by UAE Team Emirates that Van der Poel and Van Aert will not be able to follow him on the mountain and hence it was not worth expending so much energy in the chase. The next few days will confirm whether or not it is a valid calculation.

Among the favorites, Ecuadorian Richard Carapaz (Ineos Grenadiers) launched an attack on the ascent of Signal d’Uchon (second category). He managed to have a 30-second lead but was chased by Team Movistar, his former team. An attitude that favored Pogacar’s UAE Team Emirates, which had not responded to Carapaz’s attack.

The suffering of Primoz Roglic

Primoz Roglic (Jumbo Visma) and Nairo Quintana (Arkea Samsic) did not appear in this group. The Slovenian, second in the 2020 Tour, seemed to still be suffering from his third stage crash and was unable to keep up at the Signal d’Uchon. He reached 3’48 after the favorites. The leadership in the Jumbo-Visma team changed shoulders accordingly. The Dutch team is now betting on Wout van Aert and Jonas Vingegaard, second and eleventh overall.

On the Latin American runners’ side, Rigoberto Urán (EF Education Nippo) is tenth overall (5’04 behind the leader) and Richard Carapaz twelfth, 5’19 behind Van der Poel.

The Colombian Nairo Quintana, who had announced prior to the Tour “will not be in a position to play the general classification”, finished 18’37 behind the winner. Paradoxically a defeat that can open the possibilities of winning a mountain stage since it does not represent a danger for the general.

After this Friday’s stage, two questions remain, among many others: Will Mathieu van der Poel manage to keep his yellow jersey? Will Pogacar’s great rivals be able to attack him?