Mohammed bin Zayed: We must leave to future generations a world without grudges and hatred 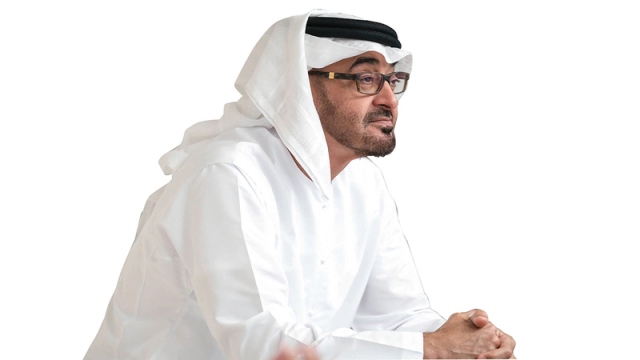 His Highness Sheikh Abdullah bin Zayed Al Nahyan, Minister of Foreign Affairs and International Cooperation, witnessed the lecture hosted by the Mohammed bin Zayed Council under the title “Human Fraternity and Tolerance: The Message of Religions”, which dealt with the common human values ​​urged by all religions and divine messages. First, tolerance, coexistence, compassion, and human brotherhood among human beings.

The head of the Emirates Fatwa Council, the President of the Forum for Promoting Peace, Sheikh Abdullah bin Bayyah, the Apostolic Vicar in the southern Arabian Peninsula, Dr. Bishop Paul Hinder, and Rabbi Dr. Elie Abbadi participated in the lecture. The lecture included a video clip that highlighted the role of the UAE and its charitable initiatives in promoting human fraternity. He valued tolerance and coexistence between different societies and cultures, and showed aspects of the Sir Bani Yas Church and Monastery, the Lady Mary Mosque and the Ibrahimi House, which is currently being built.

In his interview with Archbishop Paul Hinder, His Highness Sheikh Abdullah bin Zayed Al Nahyan said: “We rely on wise thinkers and religious scholars to guide us through difficult times, and the past decade has witnessed a lot of interest in interfaith dialogue, how relevant and important is this to the Corona pandemic Current? ».

In his response, Archbishop Paul Hinder said: “An interfaith meeting or dialogue is necessary in order to rebuild peace and development in the world. I felt this during Pope Francis’ visit to Abu Dhabi and his recent visit to Iraq, as he showed us that it is important to meet without fear.”

He pointed out that «the epidemic has put us all in front of a question that we may not have asked ourselves before .. For everyone, Christians, Muslims and Jews, regardless of religion, and whatever people believe in, we are facing the issue of disease and death during this epidemic, we must learn to confront The situation together and to overcome what can be overcome ».

His Highness said that it is the second time that this holy month passes for us and the “Covid-19” pandemic is still spreading, but our hope is renewed in confronting this epidemic, whether on the scientific level or on the economic and political levels, and above all that hope for the mercy of God Almighty to remove from us. This crisis is coming soon, with supplication first, and then with the efforts of those with knowledge and determination.

In his interventions with His Eminence Sheikh Ibn Bayah, His Highness Sheikh Abdullah bin Zayed Al Nahyan, asked about the importance of awareness and its role in confronting ideas aimed at planting the seeds of intolerance and hatred in societies. Ibn Bayah explained in his answer that awareness is understanding, awakening and belief, and this is his first and only path is education because the ignorant cannot have awareness, and if he has awareness, then it is incomplete awareness, then education and then education, indicating that education must be correct. It is complete, not partial, because incomplete education is a compound ignorance, so the ignorant is the one who does not know that he is ignorant and sees himself as a scientist.

He added that compound ignorance is the worst kind of ignorance because its owner acts as if he is a scientist, and thus he puts himself and others in very bad conditions while he thinks it is the truth.

In his interventions with Rabbi Abadi, His Highness Sheikh Abdullah bin Zayed Al Nahyan said: “There is no doubt that we are living in a difficult time … But through your experience and your experiences, how can we transform this difficulty, which does not distinguish between ethnicities and religions, into something much stronger for the good of humanity?” .

In his answer to the question, Rabbi Abadi said: “In fact, your question is very important to us, being people of faith … How do we see this epidemic and what are the lessons that we learn from it after more than a year has passed? In fact, this epidemic is a factor of equality among people because it did not differentiate between a man and a woman, or between one race or another, nationality, country or people. It did not differentiate between religions, it equated all of humanity.

During the session, the lecturers and participants emphasized that tolerance, coexistence and compassion between human beings are great common human values, which they urged to uphold and promote all religions and divine messages, stressing that they derive from one source and their source is one God.

For his part, His Eminence Sheikh Abdullah bin Bayyah called for creating a new view of human relations because people today are like the passengers of a ship ruled by one fate, and likewise the inhabitants of the planet Earth are in one ship if they do not cooperate in its maintenance, then their fate is annihilation, and this meaning is evident and its symbolism is evident in climate crises And health and disasters that are caused by people, where people realize that there is no survival for some without the survival of everyone, and no happiness except when happiness prevails in others.

Abbadi: The UAE is a model for countries in the region and beyond

Rabbi Dr. Elie Abbadi said that tolerance, coexistence and human brotherhood are not just concepts but principles that people in the Emirates adhere to and live by, stressing that the UAE is a model for all countries in this region and outside it, and it is an example to follow to reach a brighter, peaceful and prosperous future and we are fortunate to have Be a part of it. He added that this would give hope to the new generations, the region and all humankind, for people to enjoy peace and harmony. He added that the UAE made a difference in my life and in the life of the Jewish community, and I had the honor to live in this beautiful and blessed country as the head of the Jewish community, and I felt very welcome and respected .. I felt the embrace of the Emirati people for me.

Bishop Paul Hinder said: “About 50 years ago, when I was studying at the university, it did not occur to me to see a Christian, a Muslim and a Jew in one place dealing and coexisting with each other, with understanding and peace without conflict and conflict.”

He added that the presence of the church, the mosque and the headquarters of the Ministry of Tolerance and Coexistence in one place in Abu Dhabi is not an accident or a coincidence, but rather an embodiment of the visions and thoughts of people who believe in human fraternity, and the need to work to achieve peaceful human coexistence between people of all sects, religions and cultures.

Hinder praised the role of the UAE and its efforts at home and abroad, pointing to the need to overcome this ordeal and not only turn to ourselves, but to open our eyes to the reality that transcends the walls of our homes, our culture and our religion, and to look beyond that, and to learn from each other.