Mohammed bin Zayed: The unification of the armed forces is one of the crucial and decisive decisions in the history of our dear nation 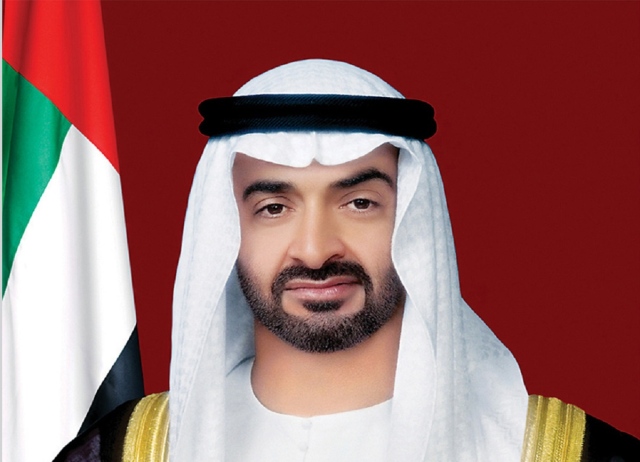 His Highness Sheikh Mohamed bin Zayed Al Nahyan, Crown Prince of Abu Dhabi and Deputy Supreme Commander of the Armed Forces, affirmed that the decision to unify the armed forces on the sixth of May 1976 was one of the crucial and decisive decisions in the history of our dear nation that expressed the wisdom of the late Sheikh Zayed bin Sultan Al Nahyan. May God rest his soul, “and his brothers are among the founding leaders. Their deep awareness, farsightedness, and their belief in unity is a path towards progress and pride for our people in all parts of the homeland.

This came in his speech on the occasion of the 45th anniversary of the unification of the armed forces. The text below reads: // My sons, officers, non-commissioned officers and soldiers … children of the valiant armed forces …

The unification of our armed forces on May 6, 1976, is the most important and influential national event in our modern history, after the decision to establish the Union State on December 2, 1971; On this glorious day, our blessed union set out, confident and reassuring about the future, and its pillars were strengthened by one of the most important elements of its strength, success and prevention, which is the unity of its armed forces, and sent a clear message to the whole world that the United Arab Emirates is well-established and strong-foundations based on solid foundations and solid foundations, and able to confront Challenges under one banner and in one patriotic spirit.

Today we celebrate the forty-fifth anniversary of the unification of our armed forces in the “year of fifty”, which gives this memory a special symbolism and gives it important connotations and deep meanings; Our armed forces have been the guardian of our successful development process during the past five decades, and one of the most important pillars and solid pillars of this march, the school that strengthened the values ​​of unity, loyalty, belonging and sacrifice in the hearts of generations, and the factory of strong men who are ready to defend the homeland with joy and spirits, and the living embodiment of the principles of the United Arab Emirates. And its people, their values, and their morals in peace and war.

We are fully confident that our armed forces will always covenant with them during the next five decades … a symbol of heroism, courage and sacrifice without limits, and of the extent of the national responsibility entrusted to them, because what governs their work is love for the nation and the willingness to defend it with all the precious and precious.

On this day, we remember with pride, reverence and pride, the major national roles that our armed forces have played over the past five decades and through the various stages that our dear nation has gone through, whether at the level of maintaining national security, defending developmental gains, preserving our sovereignty and our capabilities, or at the level of supporting brothers And standing by them in times of crises, adversity and tribulations, and strengthening the pillars of the Arab national security system in the face of the threats that threaten it, or at the level of support for peace and stability regionally and globally by participating in peacekeeping operations in many regions around the world, combating terrorism and actively engaging in international efforts. To confront the dangers of terrorist groups, foremost of which is “Al-Qaeda” and “ISIS”, in addition to the great sacrifices of its affiliates, their love for their homeland, and the performance of their responsibilities with sincerity and devotion in all the tasks entrusted to them, whether at home or abroad.

On this glorious anniversary, we have mercy on the souls of our heroic martyrs who set the most amazing examples of sacrifice and redemption, and embodied the ancient values ​​of the Emirati military, its principles and its role in the past, present and future of the United Arab Emirates, and we affirm that the country will always remain an impregnable fortress in the face of dangers and threats to the sacrifices of its children and their courage in defense About him everywhere and anytime.

On this dear national occasion, I must acknowledge the active role of Emirati women in our armed forces and their important and influential presence within their ranks for many years, and their ability to prove themselves within one of the most important areas of national work, which is the military field, embodying their outstanding participation in the development system. Patriotism in all its aspects and branches, and the great interest shown by the leadership in empowering it and enhancing its participation at all levels.

My sons, officers, non-commissioned officers and soldiers … children of the valiant armed forces

The UAE’s organization of the international defense exhibitions “IDEX” and “Naval Defense”, “NAVDEX” despite the circumstances of the “Covid-19” pandemic during February 2021, and the large global participation in them and the important events that accompanied them … is evidence of the world’s confidence in the UAE. And in our armed forces and their role in serving peace, security and stability on the regional and international arenas.

Over the past years, the UAE defense industries have become one of the important tributaries of the national economy based on knowledge, and are able to establish fruitful partnerships with the largest defense industry companies in the world .. The development of a modern national defense industry remains one of the main elements in our view of our armed forces and the mechanisms to strengthen and modernize them. During the coming years, for the benefit of both the military and the developmental levels.

My sons, officers, non-commissioned officers and soldiers … children of the valiant armed forces

The development and modernization of our armed forces has been a primary priority within the system of our national priorities, since the unification of the armed forces in 1976, and will remain so during the coming decades, to provide everything that would lead to the continuous improvement of the efficiency of human beings and their ability to perform their tasks with high efficiency.

Our valiant armed forces, with all their branches, have become a symbol of strength, and one of the modern armies with qualitative capabilities that can carry out their national tasks efficiently and professionally, at home and abroad, and this is thanks to the great support they have received since the era of the late Sheikh Zayed bin Sultan Al Nahyan. May God rest his soul, “which extended to the era of His Highness Sheikh Khalifa bin Zayed Al Nahyan, President of the State,” may God protect him “, based on the belief that strong and capable armed forces are a guarantee of security, stability and development in a world full of dangers, turmoil and threats at all levels.

While we are keen to strengthen our armed forces and provide them with all elements of ability and distinction in various fields, we are working firmly and steadily in order to support regional peace, and we will continue on this path with faith and courage in order to create a better future for our people and the peoples of the entire region and to achieve their aspirations for development, stability and prosperity beyond Long years of wars and conflicts.

In the history of nations and peoples, distinct stations, fateful decisions, and unique leaderships make their history and lay the strong foundations for their present and future .. The decision to unify the armed forces on the sixth of May 1976 was one of these crucial and decisive decisions in the history of our dear nation, which expressed the wisdom of the forgiven His Sheikh Zayed bin Sultan Al Nahyan, “may God rest his soul,” and his brothers are among the founding leaders.

We and the generations after us remain indebted to these great leaders who laid the strong foundation for our renaissance and left us a strong home with its people and its armed forces.

May God have mercy on Sheikh Zayed and his brothers, and I will dwell in paradise for them as a reward for what they offered to the Emirates and its people, and we ask God Almighty to grant us the strength and determination to continue their march and maintain the nation’s trust that they left for us .. and what is the heaviest of trust.

On this national occasion dear to the heart of every Emirati, I can only raise my highest greetings and blessings to His Highness Sheikh Khalifa bin Zayed Al Nahyan, President of the State and Supreme Commander of the Armed Forces, “may God protect him” and His Highness Sheikh Mohammed bin Rashid Al Maktoum, Vice President and President of the State The Council of Ministers, Ruler of Dubai, “may God protect him”, and their Highnesses the rulers of the Emirates, and to all the sons of our valiant armed forces, and the loyal people of the Emirates.

Every year, the United Arab Emirates is in goodness, peace, progress and fortitude.

Market analysis When new technology is at hand, pioneers fool around with it without asking permission. Tesla works in the same way with “completely self-propelled” cars, even though they have been linked to many fatal crashes.