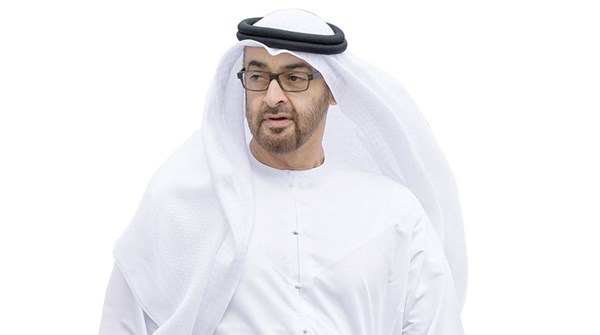 The “Mohammed bin Zayed Council” launches its annual Ramadan lectures series this year “remotely”, during which it hosts a group of scholars, researchers and concerned officials to discuss the most important issues of concern to the individual and society. The Council’s first lectures for this year will start next Monday, April 19, 2021, under the title “Human Brotherhood and Tolerance: The Message of Religions”, as they are broadcast live on “Emirates Channel” at 5:45 pm PM..And the other series of lectures will also be broadcast on The same timing every Monday in the holy month of Ramadan. On Wednesday, the lectures will be re-broadcast on the “Emirates Channel” at 5:45 pm
In the first lecture, which will be titled Human Fraternity and Tolerance: The Message of Religions / The Scholar Abdullah Bin Bayyah, Chairman of the Emirates Fatwa Council, Rabbi Dr. Elie Al-Abadi, Chief Rabbi of the Emirati Jewish Council, and Bishop Paul Hender, the Apostolic Vicar of Southern Arabia. The topics of this year’s lectures also include global health and the current challenges it faces, and lifelong learning, in addition to the foundations of cohesive societies. The lectures – within the framework of the country’s celebration of the fiftieth year in many of its axes – deal with the UAE’s methodology, preparations for the future and its vision of shared values ​​with other cultures Such as tolerance, coexistence and human fraternity, as well as strengthening cooperation with the international community in facing global challenges, especially with regard to diseases and epidemics that threaten humanity and development together.
It is noteworthy that the “Mohammed bin Zayed Council” was launched during the blessed month of Ramadan in 2006, based on the directives of His Highness Sheikh Mohammed bin Zayed Al Nahyan, Crown Prince of Abu Dhabi and Deputy Supreme Commander of the Armed Forces, to establish a lecture board that would serve as a permanent intellectual platform for dialogue and exchange of views and knowledge within a month. Ramadan in particular and other months of the year in general, in a way that contributes to shedding light on the issues and challenges affecting the present of the UAE society and the world, and expanding options for dealing with them, while giving greater importance to anticipating the future in various fields, and topics related to coexistence, peace and development. Over the past years, the Council has turned into a distinct intellectual and cultural window, especially with its hosting of a group of scholars, thinkers, intellectuals, experts and innovators from various countries of the world, and it has touched upon the most important issues and developments in various scientific, technological, economic, intellectual, religious and other fields, embodying the vision of His Highness Sheikh Mohammed bin Zayed Al Nahyan on deepening knowledge of contemporary issues and enhancing awareness of them.

NASA chooses Elon Musk's SpaceX to go to the Moon

Saudi Arabia appoints a new Minister of Economy and Planning

Will Corona stay with us forever? .. The experts answer