Mohammed bin Zayed: I and my brother Mohammed bin Rashid were pleased to honor Anwar Gargash and Zaki Nusseibeh with the Order of “Al Ittihad” 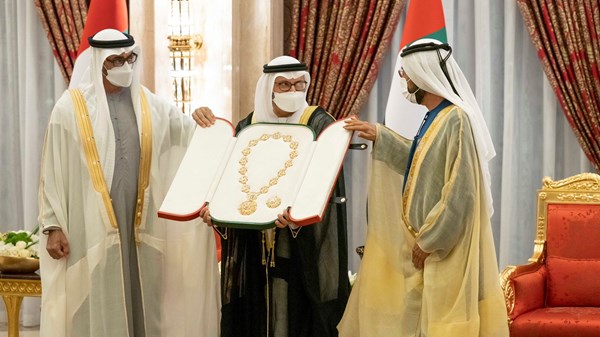 His Highness Sheikh Mohammed bin Zayed Al Nahyan, Crown Prince of Abu Dhabi and Deputy Supreme Commander of the Armed Forces, and in the presence of His Highness Sheikh Mohammed bin Rashid Al Maktoum, Vice President and Prime Minister and Ruler of Dubai, “May God protect him”, Anwar Gargash and Zaki Nusseibeh, were honored with the Order of the Union »In recognition of their dedication and role in serving the nation.

His Highness wrote in a tweet on his official Twitter account: “My brother Mohammed bin Rashid honored Anwar Gargash and Zaki Nusseibeh with the“ Al-Ittihad ”medal, in appreciation of their efforts and role in serving the nation over many years in the diplomatic and cultural fields.

His Highness added: “The UAE appreciates its loyal sons and is proud of them in all fields … We wish them all success and further success.”

The reasons to get vaccinated against covid, beyond personal benefit

Lebanon: protests in several cities against containment and the economic crisis

So Löw should rebuild the national team