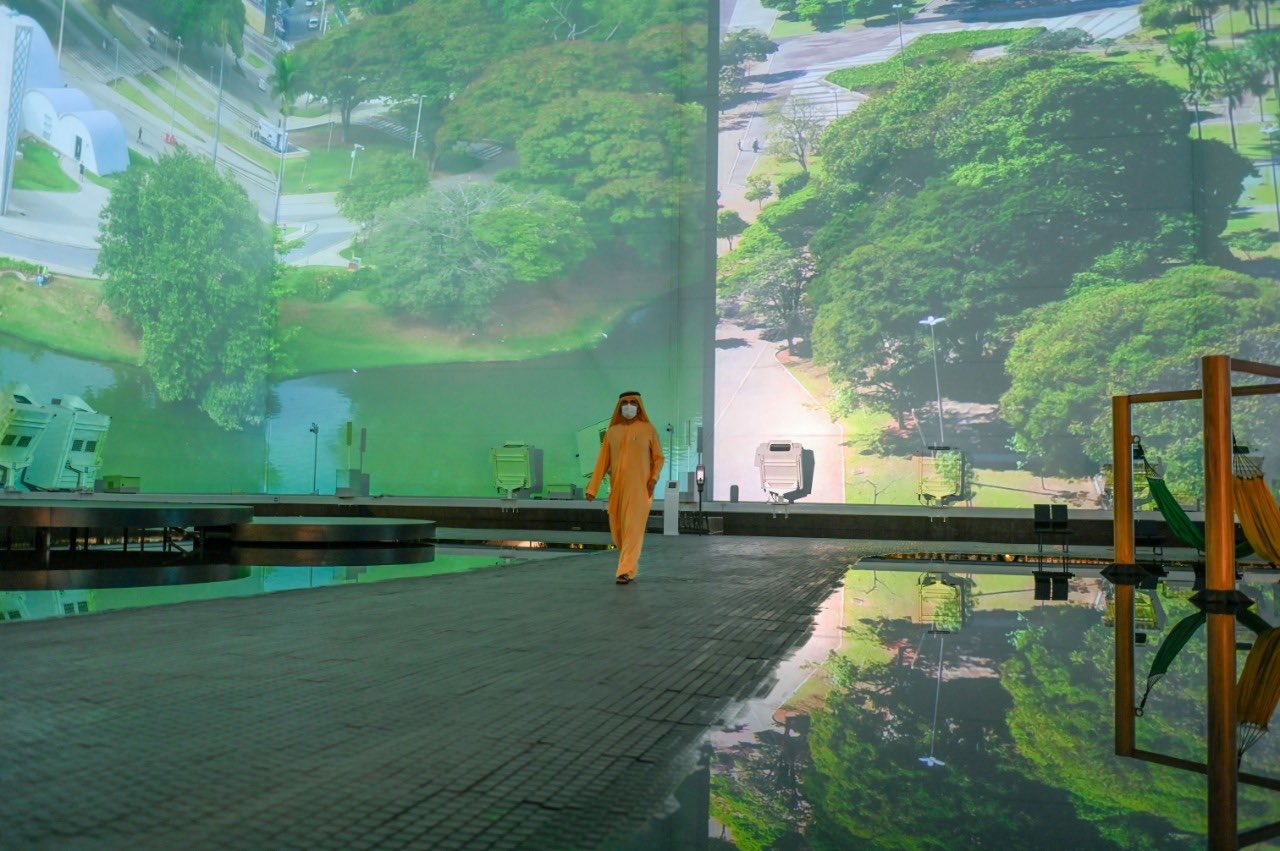 His Highness Sheikh Mohammed bin Rashid Al Maktoum, Vice President and Prime Minister of the UAE and Ruler of Dubai, visited Expo 2020 Dubai, where he inspected the pavilions of the Republic of South Korea and the State of Brazil, as part of his keenness to see the latest ideas and innovations It includes the major global event that was launched in Dubai, and for the first time in the Middle East, Africa and South Asia, at the beginning of last October, with the participation of 192 countries, and its work will continue until March 31.

In the South Korean pavilion located in the “mobility” area, His Highness Sheikh Mohammed bin Rashid Al Maktoum listened to an explanation about the unique design of the pavilion, which is one of the largest pavilions in the Expo in this exceptional session and the most distinguished in its history, as it extends over an area of ​​more than 4650 square metres, and is distinguished by its dynamic facade that is constantly changing in response to the movement of visitors.

During the visit, His Highness was briefed on the components of the pavilion, which bears the slogan “Smart Korea transports the world to you”, which is characterized by a great focus on modern technological applications, especially in the field of mobility, using giant graphic screens that provide an interactive experience that mixes the real and virtual environment. Explanation of the various products, cultural and folkloric performances that shed light on aspects of Korean civilization and the customs and traditions of the friendly Korean people.

While His Highness Sheikh Mohammed bin Rashid Al Maktoum stopped at the Brazil Pavilion, His Highness was briefed on the techniques and ideas of the pavilion in the “Sustainability” area that reflect the unique character of Brazil, with a focus on the environmental aspect, which is one of its most important features. The South American country contains the largest part of the Amazon rainforest, which has been described as the “lungs of the world” for being the largest forest in the world.

During the visit, His Highness watched the giant screens that cover most of the sides of the Brazil Pavilion, which transport the visitor to the atmosphere of the Amazon River Basin, and give an integrated overview of its natural environment rich in the diversity of wildlife in it, and how to make the best use of the surrounding nature forces, and how to reach a sustainable future through diversity. As well as reviewing features of Brazilian society, culture and way of life.

At the end of the visit, His Highness expressed his appreciation for the ideas he saw that reflect the extent of global interest in adopting sustainable development options, encouraging environmental conservation and protecting natural resources, in addition to the significant expansion in the use of technology to overcome the common challenges facing humanity in general, as well as what the event represents. From an opportunity to expand the scope of constructive cooperation between peoples, especially at the economic and technical levels, in order to ensure a better future for all.

See also  Omicron deadly after a delay? This is behind the rise in deaths in South Africa

Latest news and rumors on the transfer market at PSG: Icardi, Xavi Simons, Pogba and more

Will the Venezuelan opposition unite for the presidential elections?

Space Japanese billionaire with his assistants and an astronaut leave for the space station on a Soyuz launcher, live from 9 a.m.