Mohammed bin Rashid: This is a model for a government employee in the Emirates 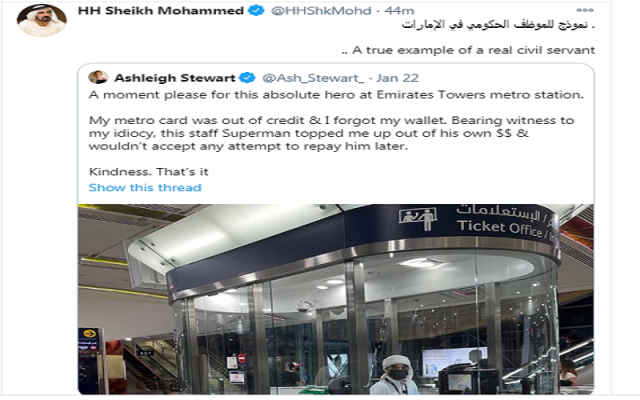 His Highness Sheikh Mohammed bin Rashid Al Maktoum, Vice President and Prime Minister and Ruler of Dubai, shared a position of a foreign journalist, which happened with her at a metro station, where she faced a critical moment when she realized that she had forgotten her bag at home and did not have any balance in her card. Employees of the “Emirates Towers” metro station in Dubai described him as “Superman”, but he helped her, refusing any attempt to return the money to him at a later time.

His Highness shared the story, which was published by its owner, journalist Ashley Stewart, in English under the title: A Model for Government Employees in the Emirates.

‘All against Guaidó’: Chavismo’s campaign against the Venezuelan opposition leader

A patch to calm Klopp’s anger