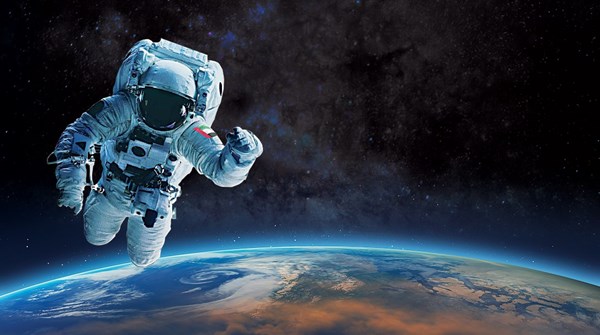 The Mohammed bin Rashid Space Center revealed the continuation of the first space projects, and announced the approaching date for selecting the first crew, who will participate in the “Emirates Space Simulation Project”, the first national mission to simulate life in space. The center indicated that the crew will consist of two people, one of whom is essential, The other is a reserve, they will go through a global experiment that will last 8 months at the Institute of Medical and Biological Research of the Russian Academy of Sciences in Moscow, to simulate life in the space environment along with participants from different countries.
The center indicated that there is a pre-established plan to qualify the participants in the remote space simulation program, as part of the program plan, and prepare them to increase the readiness to participate in the project, adding that it provides remote training for the participants on research topics and experiments that they will have to do during the project experiments period. .
He assured Al-Ittihad that the remote training plan includes a full briefing on the experiences of the “international scientific research project at the unique ground station “Cyrus”, as the training course includes the definition of the project’s objectives in particular, the progress of the work plan, its methodology and the rationale for the mission, and the experiences it includes. Project “Cyrus”.
According to the center, the mission is part of the international scientific research program at the unique ground station “Sirius” and will focus on studying the impact of isolation in a closed place for a long period of time on the psychological and physical functional state of humans, pointing out that according to arrangements with the Russian Space Agency and the Biomedical Research Institute, Of the Russian Academy of Sciences, whose partnership with the center extends for years, the program is proceeding according to the plan set for it at this stage and on its right track.
The center stressed that the desired goals of the project involve a number of responsibilities and challenges that the participants must face during a certain period of time, and the first of these challenges is the need to learn the Russian language through studying the language, intensively, in a short period of time, so that the participant can deal with individuals Crew from other agencies are Russian-speaking.

“Mars 2117 Program”
The project comes within the framework of the “Mars 2117 Program”, which aims to build the first human settlement on the surface of the Red Planet by the year 2117, in which dozens of applicants were registered, who were subjected to many tests, which resulted in the selection of 10 candidates, only two of them will be selected in the near future. Next November, the International Scientific Research Program will be held at the Cirrus Earth Station. The team participating in the international scientific experiment will undergo behavioral and psychological experiments and tests that will help find answers about the impact of the isolated space environment on humans, and these results will be used to design and implement future missions for sending manned space exploration missions. The international scientific experiment, “Cyrus 20/21”, provides a great opportunity for a young Emirati to be part of a pivotal experiment that will lay the foundations for the design and implementation of future space missions, and chart a road map for exploring Mars and other planets.
It will also contribute mainly to the development of local capabilities to contribute to the implementation of the Mars 2117 program, while the project, when launched, will focus on studying the impact of isolation and staying in one place for a long time on human physical, mental and psychological health, especially since the simulation experience plays a major role in the field of space exploration and the absorption of various related aspects, and helping scientists to develop effective mechanisms and techniques to carry out future missions that serve humanity. Questions about the impact of the space environment on human life without the need to send people into space.

Who will be chosen?
The person who will be selected will be eligible for future space flights, as the criteria for his selection are different in the process of astronauts, in addition to the training they undergo in the take-off and landing processes, unlike the participants in this mission who will not undergo such training, as participation in this program stipulated that The applicant should be a citizen of the United Arab Emirates, and his age ranges between 25 and 55 years, with good communication in English. Preference will be given to those who specialize in any of the following fields: physics or biology, forensic medicine, psychology, mechanical engineering, information technology and electronics.