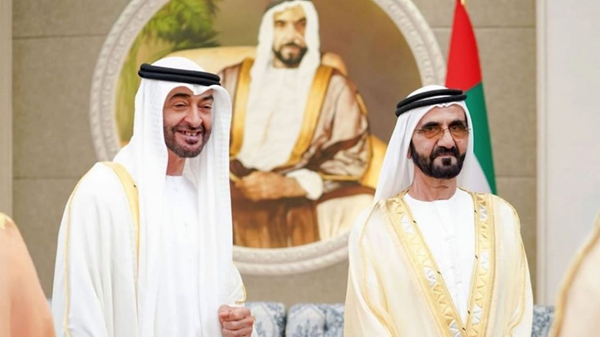 His Highness Sheikh Mohammed bin Rashid Al Maktoum, Vice President and Prime Minister of the UAE and Ruler of Dubai, “may God protect him”, published a new poem on the occasion of the fiftieth anniversary of the Union.
His Highness attached the poem, which he posted on his account on the “Instagram” website, with a photo of him with his brother, His Highness Sheikh Mohamed bin Zayed Al Nahyan, Crown Prince of Abu Dhabi and Deputy Supreme Commander of the Armed Forces.
This is the text of the poem, which was titled “The Biography and the Path”:

And let her get high with the magic of eloquence.
Description Signs of the Wuzun Seas

a singer, let what is going on from my tongue
Innovate an idea that baffles those who innovate

About high pride in every matter
And about Sorouh, and about orchards and eyes

The number is one for us at all times
In economics, in politics, in arts