Mohammed bin Rashid orders the promotion of Mohammed Al-Marri, Rashid Al-Matrooshi and Talal Belhoul to the rank of team 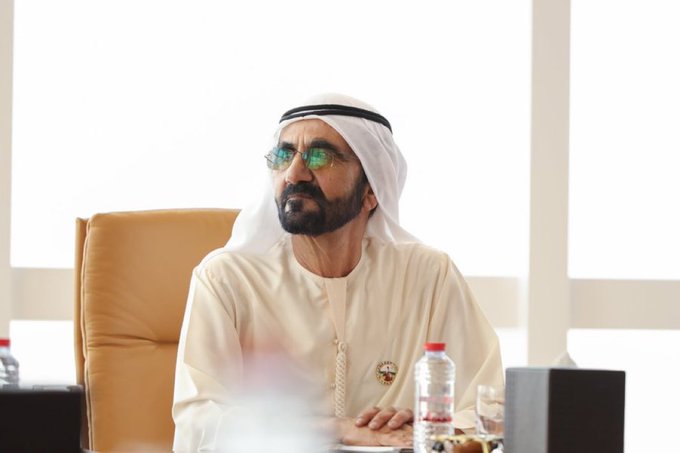 His Highness Sheikh Mohammed bin Rashid Al Maktoum, Vice President and Prime Minister of the UAE and Ruler of Dubai, has ordered the promotion of His Excellency Mohammed Ahmed Al Marri, Director General of the General Directorate of Nationality and Foreigners Affairs in Dubai, and His Excellency Rashid Thani Al Matrooshi, Director General of the General Directorate of Civil Defense in Dubai and His Excellency Talal Humaid Belhoul Al Falasi, Director General of the State Security Apparatus in Dubai, to the rank of Lieutenant-General, in appreciation of their efforts in serving the nation and maintaining its security, and for their great contributions that had a great impact in strengthening the capabilities of the security system in Dubai according to the best global performance indicators, and what they had yielded. These efforts extend security and safety throughout the emirate and spread peace among people, so that Dubai remains one of the safest cities in the world.

His Highness Sheikh Mohammed bin Rashid Al Maktoum also ordered the promotion of a group of senior officers, non-commissioned officers and individuals from the General Command of Dubai Police, the General Directorate of Residency and Foreigners Affairs in Dubai and the General Directorate of Civil Defense in Dubai, in appreciation of their roles in supporting the security capabilities of the emirate, each in his position. Within the scope of his responsibilities.

On this occasion, His Excellency Lieutenant-General Dhahi Khalfan Tamim, Deputy Chief of Police and Security in Dubai, extended his deepest thanks and gratitude to His Highness Sheikh Mohammed bin Rashid Al Maktoum, for the precious honor and the deep appreciation of His Highness for the security men and their efforts in serving the country within Various locations and specializations, stressing that this honor represents a great incentive to continue working to consolidate the pillars of security and provide the highest levels of safety for everyone who lives on the land of Dubai and the whole of the UAE, including citizens and residents, and everyone who visits it as an honored guest, reassured of his security and safety in the homeland of security and safety.

He stressed that the high position achieved by the UAE under the leadership of His Highness Sheikh Khalifa bin Zayed Al Nahyan, President of the State, may God protect him, and the directives of His Highness Sheikh Mohammed bin Rashid Al Maktoum, Vice President and Prime Minister of the UAE and Ruler of Dubai, and the follow-up of His Highness Sheikh Mohammed bin Zayed Al Nahyan, Crown Prince of Abu Dhabi and Deputy Supreme Commander of the Armed Forces, comes with a great responsibility to preserve the nation’s capabilities and gains, which all elements of the security system in Dubai spare no effort to achieve at all times, while continuing to invest in the national cadre and empowering it with all the tools that It guarantees him the highest levels of excellence in carrying out his security duties in the best possible way by acquiring knowledge and experiences and being open to the most important and most successful global experiences, employing technology to raise the efficiency of the various security agencies, and applying the highest standards that guarantee all members of society the highest levels of security and safety in all circumstances and times.

His Excellency Dhahi Khalfan extended his sincere congratulations to all those involved in the promotion decisions, including commanders, senior officers, non-commissioned officers and individuals from the Dubai Police, the General Directorate of Residency and Foreigners Affairs in Dubai and the General Directorate of Civil Defense in Dubai, wishing them success, and calling on everyone to continue working on establishing the foundations of security and safety. And to provide a global model in achieving the highest levels of performance and providing the most quality, efficient and speedy services to all members of society, in order to ensure their safety, comfort and happiness, in a manner befitting the position of the UAE, up to the level of Dubai’s ambitions and in line with its comprehensive renaissance.