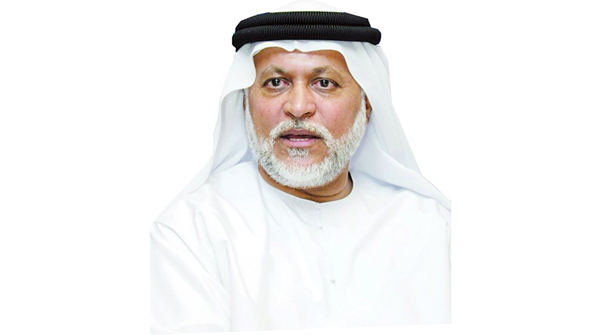 Coinciding with the 100 million meals campaign to feed food during Ramadan in 20 Arab, African and Asian countries, the Mohammed bin Rashid Al Maktoum Humanitarian and Charity Establishment announced the expansion of its operations to 10 additional countries in which it will finance and implement relief support.
The Mohammed bin Rashid Al Maktoum Charitable and Humanitarian Foundation, one of Mohammed bin Rashid Al Maktoum’s global initiatives, is implementing the “100 Million Meals Campaign”, the largest campaign in the region to feed food throughout the holy month of Ramadan to provide food support to those who deserve it in lower-income communities and promote the values ​​of compassion and human solidarity. Feed the hungry. The list of additional countries in which the Foundation finances and implements food support operations includes Ethiopia and Senegal in Africa, Kazakhstan, Uzbekistan, Tajikistan, Afghanistan, Kyrgyzstan and Nepal in Asia, Kosovo in Europe, and Brazil in South America.
Thus, the Foundation will contribute to financing the campaign efforts in 30 countries, as well as the implementation of distribution operations on the ground in 17 of them. In the campaign, organized by the Mohammed bin Rashid Al Maktoum Global Initiatives, the Foundation cooperates with the World Food Program, the regional network of food banks and charitable and humanitarian work institutions to distribute food parcels to tens of millions of beneficiaries of the campaign in the countries it includes throughout the holy month of Ramadan.
The Foundation had also announced a donation of 20 million dirhams to the “100 million meals” campaign upon the announcement of His Highness Sheikh Mohammed bin Rashid Al Maktoum, Vice President and Prime Minister of the UAE and Ruler of Dubai, may God protect him, on the eve of the blessed month of Ramadan. The Foundation finances, implements and coordinates foreign operations in many of the countries covered by the “100 million meals” campaign organized by the Mohammed bin Rashid Al Maktoum Global Initiatives, and opens the door for contributions to everyone from inside and outside the country.
Ibrahim Boumelha, Advisor to His Highness the Ruler of Dubai for Humanitarian and Cultural Affairs and Vice Chairman of the Board of Trustees of the Mohammed bin Rashid Al Maktoum Charitable and Humanitarian Foundation, said that the Foundation puts all its resources, cadres and network of relationships and partnerships locally, regionally and internationally to support the achievement of the goals of the 100 million meals campaign aimed at providing food support to those who deserve it. And feeding food during the month of Ramadan in the communities covered by the campaign in the Arab world, African and Asian continents.

K dispute in the Union and the consequences: Survey shows surprising tendency - but Söder threatens trouble in Bavaria

Viewpoint: United Nations is where?