Mohammed bin Rashid honors the rescuers of the stuck cat 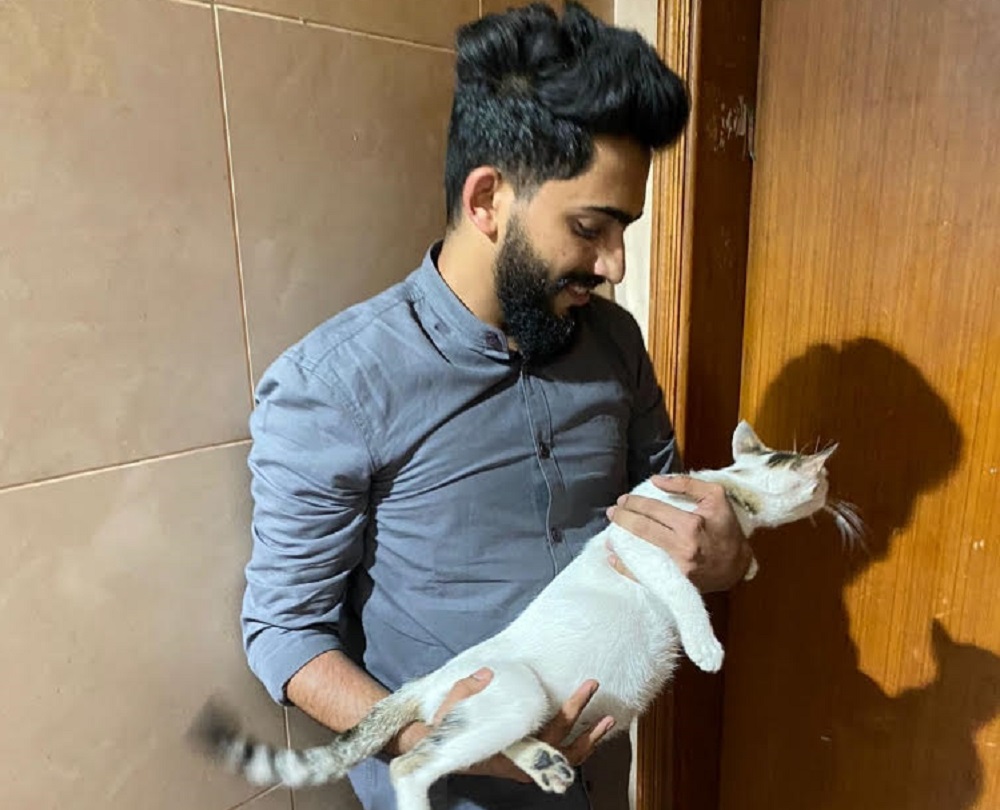 The rescuers of the cat that was stuck in a balcony of a building in the Deira area of ​​Dubai, recently reported that they had received a financial reward of 50 thousand dirhams for each of them, and they thanked His Highness Sheikh Mohammed bin Rashid Al Maktoum, Vice President, Prime Minister and Ruler of Dubai, for this. Tribute.

The cat rescue team, “Ashraf Balenza – Atif Mahmoud Nawazkhan – Abdul Rashid Kotot – Naseer Arakal Mohammed” told “Emirates Today” that this honor confirms that the UAE is a country of goodness, giving, and humanity, stressing that whoever lives on its land learns from its leaders a lot of the highest values and principles.

His Highness Sheikh Mohammed bin Rashid Al Maktoum, Vice President and Prime Minister of the UAE and Ruler of Dubai, praised the humanitarian gesture when a number of people joined forces to rescue a cat that was stuck on the balcony of a building in Dubai, expressing his pride and happiness with every manifestation of mercy in our “beautiful city.” ». His Highness called on those who know these participants in saving the cat, to show them, so that His Highness would thank them.

His Highness said, in a tweet posted on his official account on the social networking site “Twitter”: “The merciful, the Most Merciful, have mercy on them. Proud and happy with every manifestation of mercy in our beautiful city. Those who know them show us to thank them.”

His Highness attached to the tweet a video of this human gesture, in which the cat appeared stuck on one of the balconies in a building, where a number of people gathered at the bottom of the building, and they grabbed pieces of cloth until the cat jumped on it safely, without harming it.