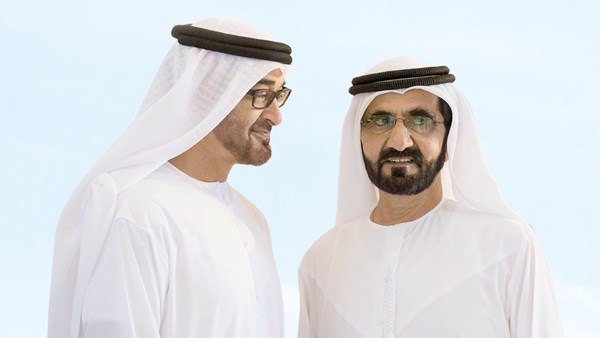 Leaps for the next 50
The new projects contribute to achieving qualitative leaps for the national economy, which is a top national priority for the UAE government, and the main factor in ensuring a decent life for its people and future generations.

one team
The new projects for the next fifty years involve the various institutions of the public and private sectors, the business community, in addition to the competencies, experts and specialists of individuals in the future development paths for the next fifty years according to the principle of one team work to work, coordinate, cooperate and integrate with each other.

diversification
These projects, with their various specializations, confirm the concept of economic diversification that the state pursues in all its economic strategies, in order to reach the goal of the best economy in the world.
It is accompanied by a series of qualitative initiatives that cover various vital sectors and enhance the paths of economic, social and human development, and create new opportunities in pivotal areas such as entrepreneurship, the new, digital and circular economy, and the applications of the Fourth Industrial Revolution.

investment destination
The projects consolidate the advantages that make the UAE a global destination for foreign direct investment and new financing in emerging projects and emerging economic opportunities in the knowledge, technology and innovation economies. The country’s website supports a global destination for talents, minds, creators and owners of innovative ideas, and consolidates its position as a destination for bold entrepreneurs and those looking for a global laboratory for creativity with an enabling environment for creators.
It includes a package of initiatives for Emirati entrepreneurs, promoting innovations, productions and local industries, in addition to announcing new initiatives in advanced science and technology.