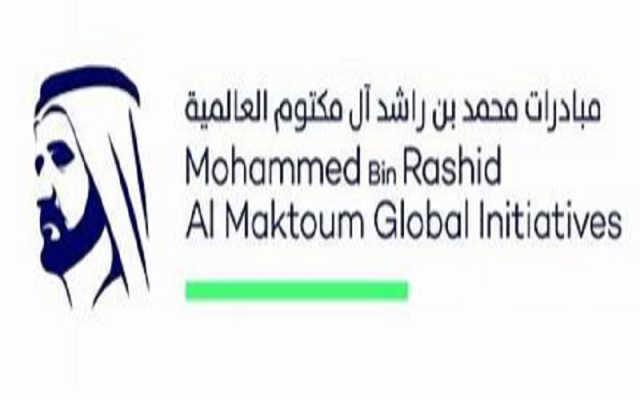 Mohammed bin Rashid Al Maktoum Global Initiatives launched today the largest charitable artistic auction of its kind, organized in cooperation with international and specialized agencies, and displays rare artworks by prominent artists and personal collections by world leaders, celebrities and sports stars whose proceeds return to support the 100 million meals campaign, the largest campaign in the region to feed Food in 30 Arab, African and Asian countries during Ramadan.

On April 24, 2021, the campaign will launch an artistic charity auction with a personal presence that displays in Dubai rare art pieces and collectibles, topped by a piece of the honorable Kaaba cloth decorated with silver and gilded strings, and decorated with verses from the Holy Qur’an woven in wonderful Arabic script presented by His Highness Sheikh Mohammed bin Rashid Al Maktoum, Vice President The state, Prime Minister and Ruler of Dubai “may God protect him”, in addition to many rare pieces and collectibles whose proceeds are sold by auction to feed food to the needy in 30 countries covered by the 100 million meals campaign.

The auction exhibits also include drawings by the late South African President Nelson Mandela, such as the Swallow painting and its scheme and what it symbolizes from the idea of ​​liberation and emancipation into wider spaces.

The auction also witnesses a live display of drawings by the British-Indian artist Sasha Jefri, who created the largest painting in the world on canvas entitled “The Journey of Humanity”, registered with Guinness World Records, and which he drew over a period of seven months during the Corona pandemic.

A number of distinguished artists will participate with the artist, along with the international American actor Will Smith, who will be present to support the event of the charity art auction, and the drawings that have been completed will be displayed for auction during the event, along with the clothes of the artist Jefri, in which he created the largest painting in the world and allocate its proceeds to support the campaign. 100 million meals.

The event also witnessed a display of a rare collection of gold and silver medals designed by the Spanish artist Pablo Picasso and commissioned by craftsmen to manufacture them for him, including the “Knight”, “Face”, “Jacqueline” and “Head in a Mask” medals.

More information about the technical auction can be found on the website of the 100 Million Meals Campaign, www.100millionmeals.ae.

Mohammed bin Rashid Al Maktoum Global Initiatives is cooperating with Mobi International Auctions to organize the publicly charitable art auction that will be held on Saturday, April 24th at Mandarin Oriental Jumeirah in Dubai, which will witness the display of rare works and art pieces by international artists, in support of the efforts of the “100 Million Meals” campaign to feed And support for the needy in the 30 countries covered by the campaign.

The sums raised by the auction are to support the “100 million meals campaign” organized by the Mohammed bin Rashid Al Maktoum Global Initiatives in cooperation with the World Food Program and the Mohammed bin Rashid Al Maktoum Charitable and Humanitarian Foundation, which expanded the implementation of the 100 million meals campaign from 20 to 30 countries with Adding 10 new countries to the list of countries in which food support will be distributed to those in need, in addition to the regional network of food banks and humanitarian and charitable institutions operating in the countries covered by the campaign.

Mohammed bin Rashid Al Maktoum Global Initiatives is also organizing a silent online auction for the 100 million meals campaign. All philanthropists from around the world who are keen to provide nutritional support to millions of needy can participate in the online auction at the auction website www.100millionmealsauction.com for the opportunity to bid on 53 unique art pieces, exclusive experiences or the personal belongings of international celebrities from April 19 to 30. .

The silent art auction also displays rare paintings and works by international artists such as Pablo Picasso, Salvador Dalí, Juan Miro, Marc Chagall, David Hockney and Henri Matisse. The initiative also offers the public the opportunity to bid on winning exclusive experiences such as attending the famous Formula 1 race in Monaco or Abu Dhabi, or watching the Northern Lights in Lapland, or spending a vacation in the Italian countryside of Tuscany or the nature of Iceland or African safari, or experiencing the experience of zero gravity and buoyancy in the void The astronauts’ way.

The charity auction in support of the 100 million meals campaign coincides with the start of its field operations to distribute food parcels for the “100 million meals” campaign, which was actually launched from the first days of the month of Ramadan on the ground by distributing basic foodstuffs to the target groups in the thirty countries it covers, to translate an essential part of the country’s values. The UAE and its humanitarian initiatives are keen to extend a helping hand, relief and support the needy and the afflicted, spreading goodness, and mitigating the effects of crises, disasters, challenges and suffering for various peoples of the world without discrimination or exception.

An additional option to donate.

The auction website for the 100 Million Meals Campaign also offers the option to donate directly to the campaign, in addition to the four main donation channels provided by the “100 Million Meals Campaign” to all individuals, companies, bodies and institutions, inside and outside the UAE, to contribute to providing the value of meals through the campaign website. www.100millionmeals.ae; Or by contacting the campaign’s call center on the toll-free number 8004999; Or by transferring the amount to the bank account designated for the campaign with Dubai Islamic Bank / AE08 0240 0015 2097 7815201 /; Or by sending the word “meal” or “meal” in English by SMS to specific numbers displayed on the campaign website, to the “du” or “Etisalat” networks in the UAE.

The “100 Million Meals” campaign represents a qualitative culmination of the humanitarian action initiatives launched and implemented by the UAE, establishing its global leadership as a nation of humanity and giving, and a major contributor to global efforts to face urgent humanitarian challenges.

The 100 Million Meals campaign falls under the umbrella of Mohammed bin Rashid Al Maktoum Global Initiatives, which was launched in 2015 as an umbrella incubator for 33 humanitarian, community and development institutions concerned with establishing a culture of humanitarian, relief, charitable and development work and spreading hope thanks to various programs and projects that focus on the less fortunate and the needy and underprivileged groups. In fragile societies.

The initiative “100 million meals” comes within the axis of humanitarian aid and relief, which is one of the five main axes that form the pillars of the work of Mohammed bin Rashid Al Maktoum Global Initiatives, which extend a helping hand and support to millions in more than 108 countries around the world without distinction between race, religion or geographical region. .

Plasberg-Runde reveals Söder's character: his biographer for sure - "He goes all out"

Ferdinand: “Foden is the best young player on the planet”