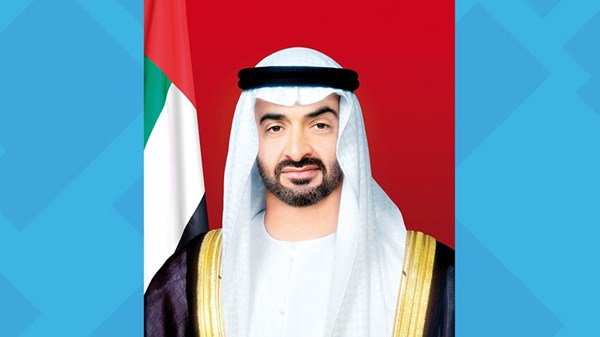 His Highness Sheikh Mohamed bin Zayed Al Nahyan, Crown Prince of Abu Dhabi and Deputy Supreme Commander of the Armed Forces, received a written message from the President of Turkmenistan, Gurbanguly Berdymukhamedov, related to strengthening the distinguished friendship between the two countries.
This came when His Highness Sheikh Mohamed bin Zayed Al Nahyan received Rashid Meredov, Deputy Prime Minister and Minister of Foreign Affairs of Turkmenistan today at Al Shati Palace in Abu Dhabi, who delivered the message to His Highness.
His Highness and the Deputy Prime Minister of Turkmenistan discussed ways to develop partnership and cooperation relations between the two countries in various political, investment, economic and trade aspects, in addition to the development and humanitarian fields.
The meeting dealt with the efforts of the two countries and their joint cooperation in facing the repercussions of the “Covid-19” pandemic. In this context, His Excellency Rashid Meredov valued the support that the UAE continues to provide to Turkmenistan to enhance the efforts of health workers and the capabilities of medical institutions in facing the pandemic.
During the meeting, His Excellency conveyed the greetings of His Excellency Gurbanguly Berdimuhamedov, President of Turkmenistan, to His Highness Sheikh Khalifa bin Zayed Al Nahyan, President of the State, “may God protect him” and His Highness Sheikh Mohammed bin Zayed Al Nahyan, and his wishes for their good health and happiness, and for the UAE to continue progress and prosperity.
While His Highness conveyed his best regards to President Gurbanguly Mammadov and his wishes for the relations of the two friendly countries further development and advancement.
The meeting was attended by H.H. Sheikh Mansour bin Zayed Al Nahyan, Deputy Prime Minister and Minister of Presidential Affairs, H.H. Sheikh Hamdan bin Mohamed bin Zayed Al Nahyan, Sheikh Mohammed bin Hamad bin Tahnoon Al Nahyan, Chairman of the Board of Directors of Abu Dhabi Airports, and H.E. Suhail bin Mohammed Faraj Faris Al Mazrouei, Minister of Energy and Infrastructure and His Excellency Mohammed Mubarak Al Mazrouei, Undersecretary of the Abu Dhabi Crown Prince’s Court