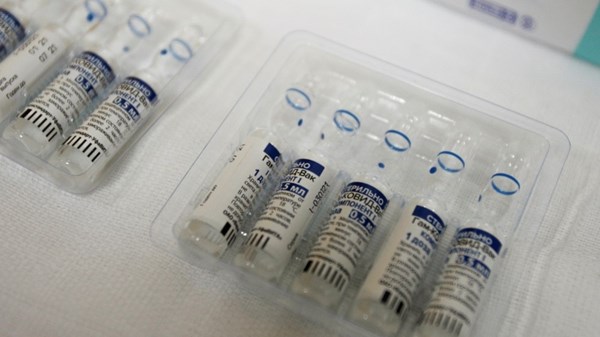 Alexander Ginzburg, head of the Russian Jamalia Institute, said today, Thursday, that an amendment was made to the “Sputnik V” vaccine against the emerging corona virus, to be used against the mutated “delta” mutation.
“The combined vaccine is already in the refrigerator,” the head of the Jamalia Institute added to the Russian “Interfax” news agency, adding that it was too early to talk about its effectiveness.
Other producers around the world are already working to modify their vaccines to counter the “delta” mutant, which is the most contagious and the fastest spreading.
At the same time, Ginsberg called for the use of a vaccine called “Sputnik Light” as a booster for those who received a full vaccination, from two doses, of the “Biontech-Pfizer” vaccine.
Russia has, so far, developed four vaccines against the Corona virus, and is working on developing a fifth, according to the authorities.
“Sputnik V” was marketed internationally, and was approved in about 70 countries.
According to the Russian Minister of Health, Mikhail Murashko, the effectiveness rate of “Sputnik V” reaches 83 percent, for people with the “delta” mutation.
Russia, like many countries, has been experiencing an outbreak of the variable “delta” for weeks.
According to official figures, about 41.5 million people in Russia, or about 28.4 percent of the population, have been vaccinated so far, and 33.5 million of them (about 22.9 percent) have received a full two-dose vaccination.