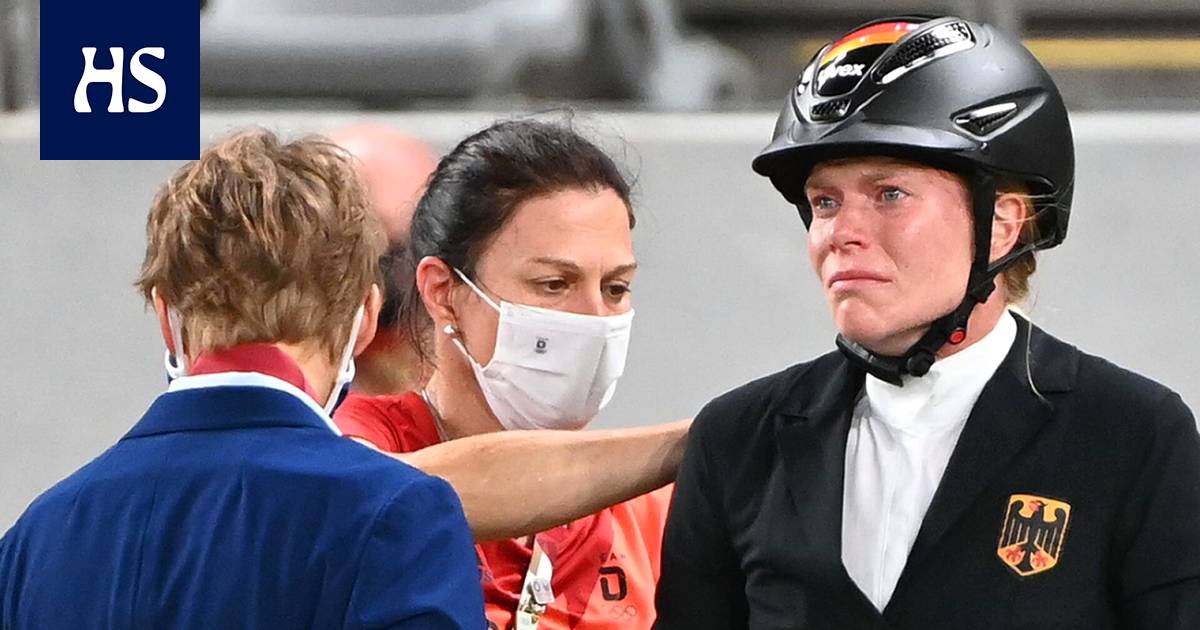 UIPM commented on the horse-stirring noise on Sunday.

Modern Union Internationale de Pentathlon Moderne (UIPM), the international umbrella organization for pentathlon, took a position on the events of the Olympics on Sunday.

Represented Germany in the sport Annika Schleu hit a horse named Saint Boy several times with a whip in Friday’s race because it refused to jump an obstacle.

Read more: A German competitor hit the horse several times with a whip when the horse refused to jump – Violent behavior brought inquiries to Finnish sports federations as well

Coach Kim Raisner then hit the horse with his fist. He got his starting passes from the Olympics after his trick, and UIPM also says he punished him.

“UIPM regrets the trauma suffered by Saint Boy in this high-profile event and has punished a coach who violated UIPM competition rules by hitting a horse outside the riding field,” the umbrella organization says.

UIPM says it understands that the events in Tokyo have caused anxiety both inside and outside the global sports community. The violent treatment of the horse has raised a storm of criticism, as a result of which Schleu closed his Instagram account.

The sport competes in fencing, air pistol shooting, freestyle, show jumping and cross-country running, and the name modern pentathlon distinguishes it from the ancient pentathlon.

“Riding is an integral part of modern pentathlon, as planned by Baron de Coubert. The ability to control a horse in a competitive situation is part of the tool kit required in the sport – the Olympic winner must prove their skills in swimming, fencing, riding, shooting and swimming, ”says UIPM.

The horses used in the sport are acquired by the organizer unlike regular show jumping.

Horses are drawn for the use of competitors, because even cavalry soldiers have not had the opportunity to choose their horse. The practice receives a blessing from UIPM.

“Riding with unknown horses after just 20 minutes of exploring is part of a dramatic spectacle that makes the sport unique and appealing.”

Violence experienced Saint Boy was in Tokyo representing two competitors, Schleu and the Russian Olympic Committee Gulnaz Gubaidullinan in use.

Gubaidullina competed before Schleu, and Saint Boy refused to cross the hurdle with him as well. However, the race veterinarian did not withdraw the horse from the race and introduce a spare horse.

“Schleu and Gubaidullina’s experiences with Saint Boy were unusual in a high-level contemporary pentathlon race, especially for riders who have proven their ability,” UIPM admits.

“However, UIPM has a duty to take care of all participants in the competitions it oversees, and this includes the Olympics and horses.”

The umbrella organization says it is important to strengthen the well-being of horses and the safety of athletes throughout the competition field, not just at the Olympics.

“Although no athlete or horse was physically injured on the sixth day of August, the risks must be minimized in the future by using the best possible protective measures,” UIPM emphasizes.

UIPM says it has prepared for changes to modern pentathlon riding even before the turmoil in Tokyo, as the form of competition is slightly renewed at the 2024 Paris Olympics.

“The well-being of horses and the safety of athletes are at the heart of this process.”

Although UIPM’s Sunday statement is largely self-evident, the umbrella organization has not been afraid to take a stand on the grievances of the sports world.

In January, after the International Hockey Federation (IIHF), UIPM became the second umbrella organization canceled its World Cup in Belarus.

The decision was made by the UIPM management team, which was concerned about the instability in Belarus and the fact that athletes from many countries would not want to travel to the country. The World Championships in Modern Pentathlon were scheduled to compete in June.