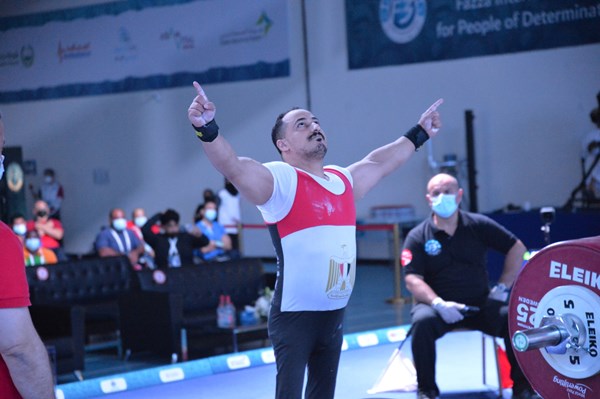 The curtain will come down at the Dubai Club for People of Determination tomorrow at the 11th edition of the Fazza International Powerlifting Championship – Dubai World Cup 2021 with the “Mixed Challenge” for men and women, in the tournament held under the patronage of His Highness Sheikh Mansour bin Mohammed bin Rashid Al Maktoum, Chairman of the Dubai Sports Council, and participates This global event has 300 male and female players from 62 countries, as the closing ceremony will be the last opportunity for players to reserve their seats at the Tokyo Paralympics.

The tournament is held in accordance with the highest international precautionary standards and medical protocol in light of the preventive measures taken by the state, and within the framework of the guidelines recommended by the concerned authorities, the Dubai government and the Dubai Sports Council, after the different versions of the Fazza International Championships achieved their desired goals.

The repetition of the record-breaking scene was the prominent title in this global challenge, in which champions from different continents raced to appear in it, in order to leave the last footprint before entering the Paralympic Games in Tokyo.

The Egyptian Rehab Ahmed won the first place and the gold of 50 kg (women), while the second place and the silver medal went to the Chinese Dan Ho, followed by the third place and the bronze medal of Russia Anastasia.

In the women’s 55 kg competition, the Nigerian Anun Mark, who succeeded in repeating the same scene in the same weight allocated for women, left second place for Turkey’s Sara Domam, followed by the Russian Namara Butt in third place.