Missions: in the midst of the pandemic and under harsh protocols, only 63% of the electoral roll went to vote 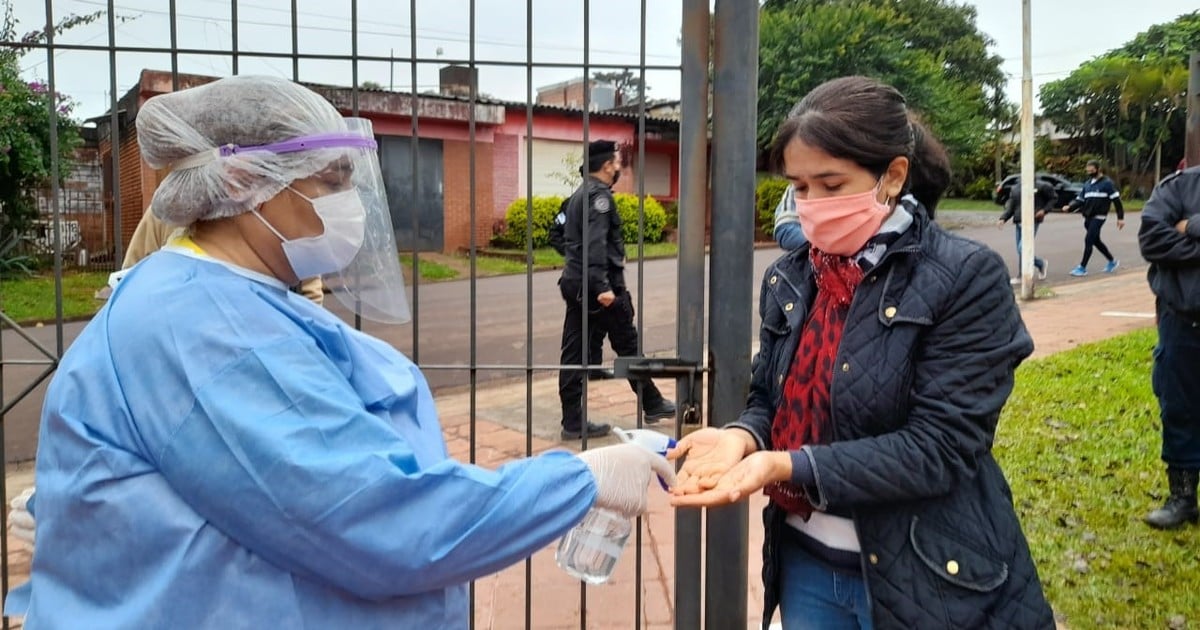 Misiones became the first province in Argentina to hold elections amid the pandemic and lParticipation percentages plummeted. At the closing of the tables, the Police of Misiones had notified an attendance of barely 63.5 percent.

In the previous 2019 provincial election 78.58% had participated of the register. A) Yes, there were about 125,000 fewer voters than two years ago.

The leaden sky and some persistent rains over the entire provincial geography in the early hours of Sunday caused the cities to will show empty, like any Sunday in autumn.

Police officers and health agents in a voting center, this Sunday in Misiones. Photo: Ministry of Health of Misiones.

It was not until midmorning that voters timidly began arriving at schools to cast their vote with one eye on the weather.

The Government and the Electoral Court insisted ad nauseam that the elections were not going to become a source of contagion and for that they installed disinfection posts And, like a souvenir, each voter received a new mask as soon as they arrived at school.

On the floor, some red ribbons they marked the distance that people waiting their turn to cast the vote had to keep.

Police and gendarmes were in charge of ordering the voters in a single row on the sidewalk or patio of the schools.

Voters from the inside determined which table they could enter.

There the voter was waiting for an agent dressed in a security suit, with a spray bottle filled with 70% alcohol and a thermometer to rule out any feverish symptoms. Once this step was completed, the person could only advance to the table where they should vote.

Before delivering the document to the table authorities, another rain of alcohol was deposited in the hands of the long-suffering voter.

Once the civic act has been complied with and the return is signed, the went through a disinfection process.

There were not a few who decided to take their own sanitary measures. They went with their own alcohol gel and even a pen not to use that of the chairman of the table.

In the smaller schools the procedure was similar but it was impossible to maintain the distance between the voters due to the lack of space in the corridors.

Thus, the polls were located next to each other, as happened in previous elections.

To avoid the temptation to remove your mask, people could not enter the voting centers with mate or food.

There were several who with indisputable bad humor had to look for a volunteer to hold the traditional infusion while they passed through the dark room.

The governor of Misiones Herrera Ahuad votes in Sunday’s elections.

Although the Government announced that people could travel for free on urban transport services, some candidates preferred to have a fleet of private vehicles and taxis specially hired to move voters.

A tradition that neither the pandemic nor the electoral authorities could banish.