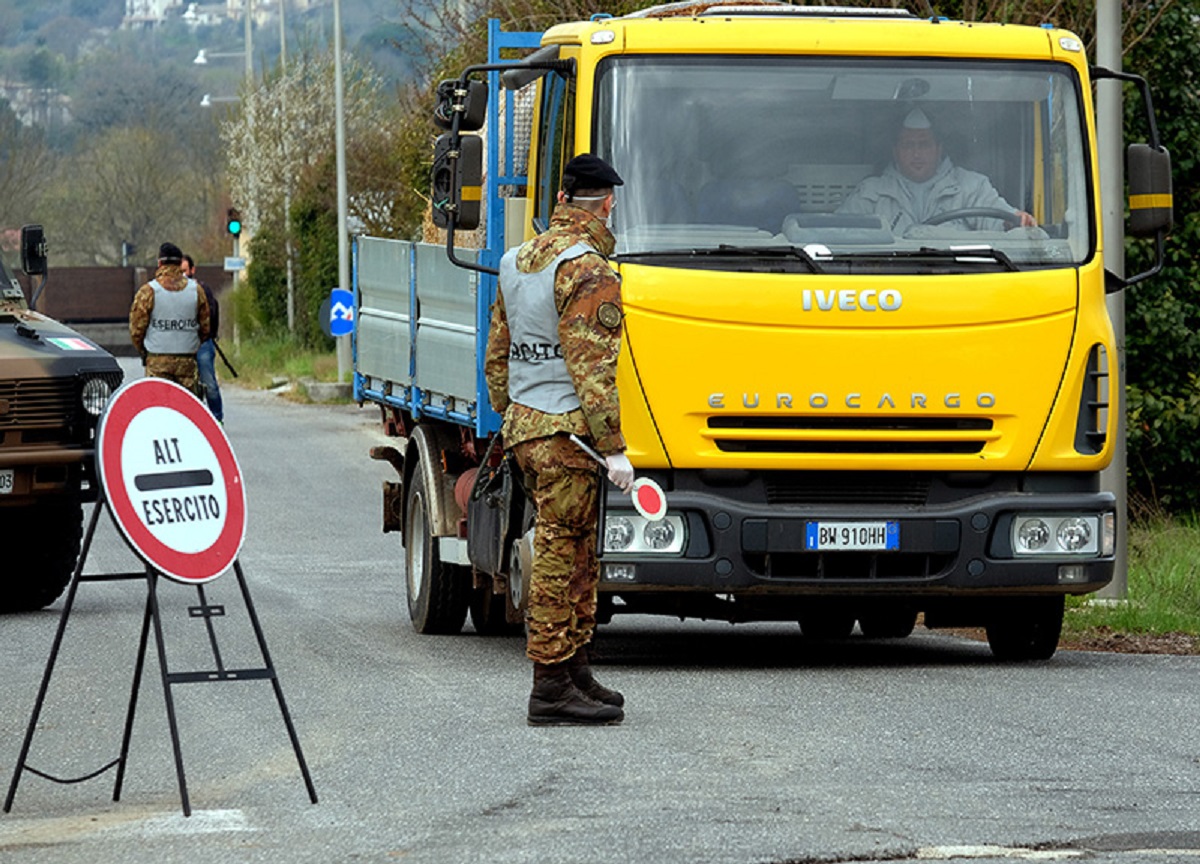 Missing the red zone in Bergamo, the soldiers were sent to lock down the Val Seriana without any government act. The response from the Ministry of the Interior

“There was no specific government act of use of military forces in the areas of Nembro and Alzano“. So the lawyers of the Ministry of the Interior replied to the request of the Council of State to explain why he doesn’t want to make the documents public on the basis of which 400 men and women, including carabinieri, police, financial police and army, came sent to Bassa Bergmasca on 5 March 2020 And then withdrawn 3 days later, determining the “no red zone” in advance of the lockdown national. Acts that would clarify once and for all the actors and the reasons for the decision to postpone the closure of the Val Seriana.

They cannot be revealed to protect public order

The process within which the document falls began a year and a half ago when the Agi presented the request for access to documents from the Ministry for clarification on the matter, now also at the center of the‘investigation of the Bergamo Public Prosecutor’s Office. Failure to close, in fact, could have aggravated the situation in one of the first most aggressive Covid outbreaks in the world. While Codogno, Vo ‘Euganeo and other Italian centers in Northern Italy were already in lockdown, in Val Seriana – one of the areas most affected by the epidemic at that stage – there are other provisions.

A little more than a month ago, the judges’ request to the Ministry to render “documented clarifications within 30 days”On the reasons that justified the” no “to access the documents.

Revealing these aspects, it was explained, would force the administration “to display the entire plan for the use of the military contingent on the national territory, since there has been no specific government act for the use of military forces in the Nembro and Alzano areas. AND even if there had been a specific government act – reads the memory of the Ministry of the Interior – certainly this act could not have had the operational use of the assigned military contingents, since this employment is subject to the complex procedures outlined for the adoption of the decree of the Ministry of the Interior and the Ministry of Defense “.

Do not disclose these documents meet the “need for avoid injury concrete and current to the protection of public interests”, Declared the lawyers of the Ministry. Among the references, the Ministry cited in particular – in its reply – the Safe Streets Operation for the “fight against crime and terrorism through the use of a contingent of military personnel of the police forces”, a partial response since would account (under the expression “military forces”) only for the Army, leaving out the Police, Fiamme Gialle and Weapons.

See also  HS analysis The government wants a vaccine passport, but there may be no grounds for it in Finland

There red zone came asked by the Cts in the session of 3rd March 2020 but the proposal was not accepted by the government. At the Agi, however, there are phonograms from the Interior Ministry with which he was asked to organize the dispatch of the police.

The first wall of the Ministry of Agi was raised on November 6, 2020. “Acts relating to the use and withdrawal of soldiers in the areas of the Municipalities of Nembro and Alzano” were denied, referring to the “causes of exclusion” provided for by the law, that is “Security and public order”, “national security”, “defense and military matters”, “the conduct of crimes and their prosecution”.

The Tar, to which the Agi had addressed through an appeal signed by the lawyer Gianluca Castagnino, established that the ministry should make the documents public, underlining that thecivic access “It is aimed at encouraging forms of control over the pursuit of institutional functions and the use of public resources”.

According to the judges Francesco Arzillo and Daniele Bongiovanni, making the papers public also would not have resulted no danger because “the request was formulated in September 2020 when the question of the ‘closure’ of the areas was long overdue”, “it is an activity involving military personnel in a limited toponymic and temporal context and does not fit into a context broader aimed at ways of combating crime and protecting public safety, so much so that their disclosure would nullify the strategy identified by the police forces “.

A thesis opposite to that supported by the government, which now inserts the “no” in a context of general confidentiality, not referring to the individual case. The prosecutor of Bergamo, Antonio Chiappani, had assured the administrative judges that from his point of view they are not acts covered by secrecy.

The Council of State had suspended the ruling of the TAR and asked for clarifications (now arrived) from the Ministry which will then be evaluated by the judges. Meanwhile, only shadows remain on how things went in one of the most controversial episodes in the management of the pandemic.

Tales of Arise: In the Sword Art Online crossover DLC you will face Kirito and Asuna