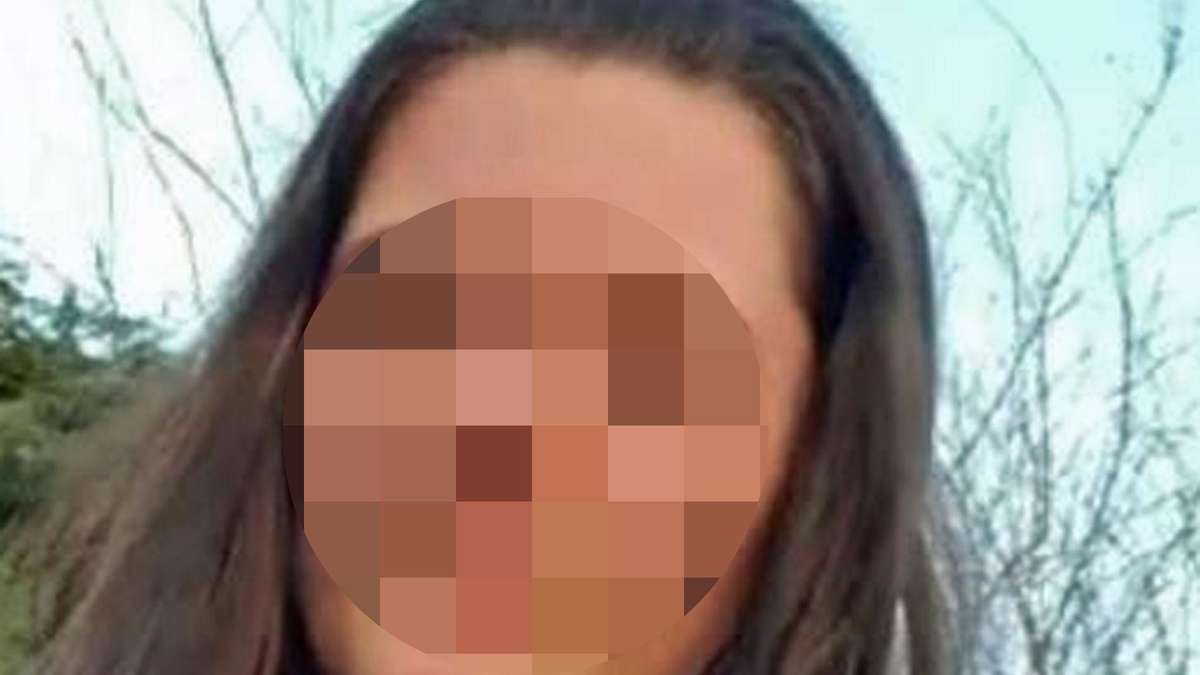 A 16-year-old walks outside the door in broad daylight without a cell phone, keys or money. Isabella (16) from Celle has been missing for weeks. The police made their breakthrough through social media.

Update from April 8, 11:37 a.m.: The missing Isabelle (16) returned to Germany on Thursday morning. “Since this morning Isabella, physically unharmed, is back in Germany in the care of her parents,” said the police in Celle. The father traveled near Paris on Wednesday to pick up his daughter, who had disappeared on March 22nd.

“As things stand, there are no concrete indications of a criminal offense,” said the police. The investigation into the trip was still ongoing. Further details will not be disclosed for reasons of the protection of personal rights, according to the investigators.

Update from April 8, 7:57 a.m.: The parents worried for weeks. Then finally the certainty: the police had discovered their missing daughter in France. Isabella (16) from Celle (Lower Saxony) had disappeared from the ground on March 22nd. After more than two weeks of searching, investigators fear the worst. On Easter Monday, chief investigator Daniel Dahlke asked the population for help with a haunting video on Facebook. The post was also shared in France.

The relief is great. But there are still many questions unanswered. The investigators initially did not provide any information about the exact location, the state of health and the circumstances of the disappearance, even when asked, as the news agency dpa reports. The police are therefore not ruling out that a crime could be behind Isabella’s disappearance on March 22nd.

Isabella was homeschooling with her brother and then left the house unnoticed. The high school student went outside the door without a cell phone, keys or money.

Isabella (16) from Celle is returning to Germany with her father

Update from April 7th, 6.42pm: Isabella (16) from Celle, who has been missing for more than two weeks, has been found in France. Investigators from the Lower Saxony city identified the girl in France on Wednesday evening, the police said. When asked by the dpa, the investigators did not provide any information about the exact location, the state of health and the circumstances of the disappearance. Isabella and her father are expected to return to Germany tomorrow, Thursday.

On Wednesday, the 16-year-old’s father and police representatives went to the neighboring country to identify a girl found there. In a first communication on Tuesday evening, the Lower Saxony police assumed that Isabella had been found “with a probability bordering on certainty”.

There are now further investigations into the case, said a spokeswoman on Wednesday evening. Further information is expected to be communicated on Thursday. After days of searching, the investigators had meanwhile feared that the high school student had allegedly been the victim of a violent crime.

Isabella (16) from Celle is missing: the trail leads to France

Update from April 7th, 12.30 p.m .: A surprising turnaround in the case of the missing Isabella from Celle. As the police said on Tuesday evening, the girl was apparently found. The 16-year-old is believed to be in France. Surprisingly, a call on Facebook led to a very specific hint, the police said on Tuesday evening in Celle. A girl found in France was “with a probability bordering on certainty” to Isabella.

The 16-year-old’s father and police representatives traveled to France on Wednesday to meet the girl. That said a police spokeswoman in Celle, without naming the exact location. The greater Paris area had been mentioned in earlier reports. “She’s alive, and that’s good news.”

The police recently feared a violent crime against the high school student. Furthermore, it cannot be ruled out that
The spokeswoman said there could be a crime behind her disappearance on March 22. The police expected identification of the girl on Wednesday evening. After that, the official manhunt could also be withdrawn. The authorities wanted to finally report on the case on Thursday or Friday. Isabella had passed her unnoticed on March 22nd
Leave home.

No sign of life from Isabella (16) – Was she lured out of the house during homeschooling?

Original report from April 6th: Celle – Isabella disappeared from Celle for two weeks without a trace. The 16-year-old was homeschooling at home with her brother. Around noon on March 22nd, her brother noticed that his sister was no longer there, the police told Celle. “Since then there has been no sign of life from her”. The police are looking at high pressure for the missing person – “unfortunately without success”. The investigators suspect that the 16-year-old was the victim of a violent crime and urgently ask the population for help.

Now the police are following new leads. There are some promising indications, said a police spokeswoman on Tuesday. She did not comment on details. Nevertheless, the investigators continued to assume a violent crime as things stand.

Isabella (16) disappeared from Celle: Was the 16-year-old lured out of the house during homeschooling?

The high school student had no cell phone, keys or money with her. Isabella left the house voluntarily, but not before long, so the first assessments of the police. The investigation did not provide any reason to believe that Isabella was trying to run away. Isabella only wanted to meet someone briefly, so the assumption. A possible meeting should have taken place in the immediate vicinity of the house.

Isabella (16) from Celle missing – What happened on March 22nd?

What happened on March 22nd, 2021? The Celle police describe the day of Isabella’s disappearance in the missing person report as follows: “On the morning of Monday, March 22, 2021, probably between 11.15 a.m. and 12.30 p.m., she left her parents’ house on the street“ Am Holzhof ”. She spent the time that morning in homeschooling, as usual, in her own room. Her younger brother was also at home studying for school while father and mother were at their workplaces. “

Completely untypical, Isabella left the house without giving notice, said Kripo chief Daniel Dahlke in a video that was on Facebook was spread.

Isabella (16) from Celle is missing: Search dog follows the trail to the shopping center

When the high school student did not return after several hours, the parents called the police on the same day. The use of a person tracking dog led to the shopping center “An der Hasenbahn”, but then the investigations did not get any further in this direction. The police assume that this is an older track.

The special commission also looked for contacts with the young people in chat groups and social networks. Isabella has last chat messages with a school friend, loudly focus.de, exchanged shortly before their disappearance.

In order to find Isabella, the Celle police are now contacting the population. “Every hint, no matter how small and seemingly insignificant, can be the hot lead we are looking for so urgently,” says Dahlke in the Facebook video.

Who saw the missing Isabella (16)? Police in Celle are looking for clues

The investigators assume based on the findings so far that Isabella has fallen victim to a violent crime. “The police need your help to find Isabella,” the police report said. In addition to photos of the missing 16-year-old, the investigators hope to get more information on the following questions:

There is still no trace of Rebecca Reusch from Berlin. Investigators could finally get one step closer to solving the missing person’s case, like Merkur.de* reported. Sensitive data has been leaked to you. (ml) * Merkur.de is an offer from IPPEN.MEDIA

Coronavirus The number of infections is declining in Finland, THL's chief physician: “The trend is very good”