Mishustin announced the failure of the North Caucasus development program 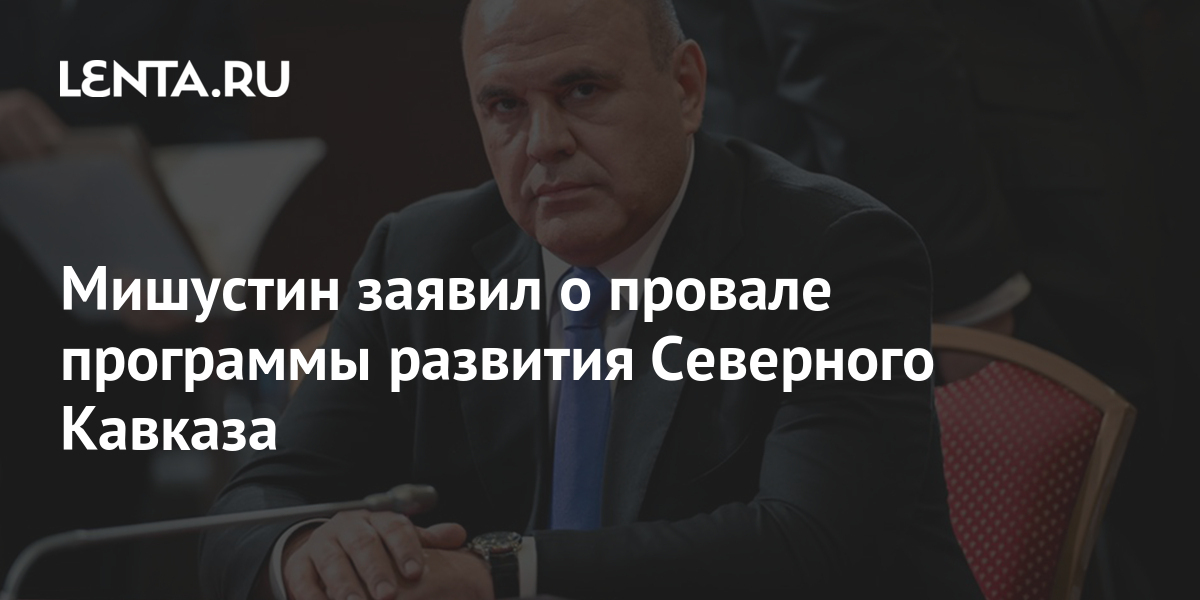 The development program for the North Caucasus has not yielded tangible results. This was stated by Russian Prime Minister Mikhail Mishustin, writes RIA News…

He noted that the current mechanisms for supporting investment projects have not justified themselves. In particular, due to such a failure, the authorities optimized the development institutions that are responsible for the Caucasian direction. “In the Far East, each ruble of budgetary funds brings more than 30 rubles of private investment, in special economic zones – almost 2.5 rubles, and in the North Caucasus – 50 kopecks,” the prime minister emphasized.

The main economic indicators of the development of the constituent entities of the North Caucasus lag behind the all-Russian ones, this also applies to the GRP (gross regional product) per capita and investments in fixed assets, Mishustin said. In addition, the unemployment rate, for example, is more than 2.5 times the national average. The prime minister urged to discuss new mechanisms to support investors.

The Russian government previously extended the state program for the development of the North Caucasus for five years, now it should be completed not in 2025, but in 2030. Another 196 billion rubles are expected to be invested in the region within these terms.

The development institutes of the North Caucasus have received about 73 billion rubles from the budget since 2014, but they remained unprofitable and did not even come close to achieving their goals and objectives. This is the conclusion reached by the Accounts Chamber.

Earlier it became known that the head of Chechnya, Ramzan Kadyrov, became the richest governor in Russia. In 2020, he earned 381.1 million rubles.