Mirtha Legrand received an ovation at the Teatro Colón 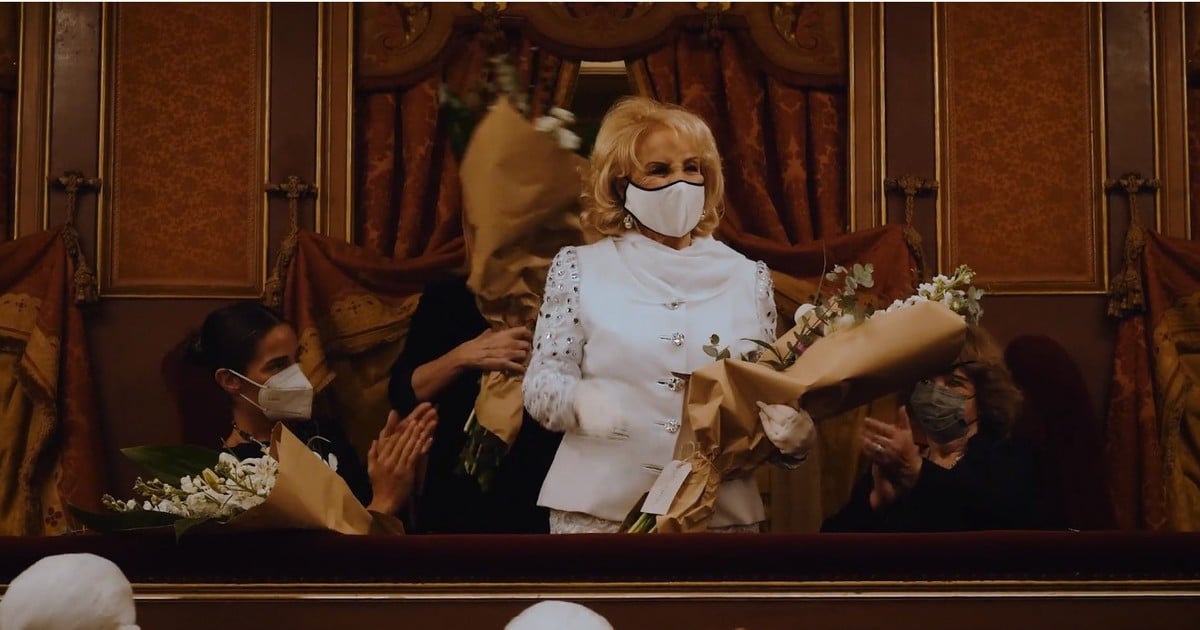 Mirtha Legrand was cheered and honored during the night of this Thursday at the Teatro Colón, where he attended to witness the return of the Stable Ballet.

Together with her granddaughter and host, Juana Viale, who was accompanied by her partner, Agustín Goldenhorn, the Argentine diva arrived at her usual Palco Bajo 15, where she was received by the General Director of the Colón Theater, Maria Victoria Alcaraz, and the Director of the Stable Ballet, Paloma herrera.

Minutes before the show began, both received bouquets of flowers by the traditional valettos of the Colon. Then, from the stands, the audience made a big ovation for Mirtha, who returned the greeting and showed his appreciation.

While, The Stable Ballet of the Teatro Colón began its 2021 season with a Mixed Program composed of two premiere titles: Vendaval was the opening of the program, with a choreography created by the dancer Maximiliano Iglesias. And the second title was Itinerario Piazzolla, with choreography and visual conception by Alejandro Cervera.

Mirtha Legrand was honored at the Teatro Colón. (Screenshot)

The return to TV

Last Saturday, the diva, that already received two doses of Sputnik V vaccine, had returned to television after eight months of absence, after attending in December 2020 as a guest of her granddaughter. He did it to be in charge of his historic program, which he had last hosted in March of last year.

“How strange I feel, but happy, happy and content. Do you know how many days I was locked up? 300 days, yes sir, without leaving my house, or on the balcony. That alters you, it does not do you good, it does not do the brain good, “he said on his return to the screen.

Mirtha Legrand was honored at the Teatro Colón. (Screenshot).

Then, the renowned 94-year-old driver added: “I am big, gentlemen, I am a very old lady, but I am vital, I like life, I like my friends, enjoy life. And it was so bad that I called a neurologist. And I say: doctor, I want to go back to being the one I used to be. Do you know what he told me? ‘Work, work, work …’. It is the best therapy ”.

It is not the first time that Mirtha goes to the Theater during the pandemic. Without going any further, on July 23 he attended the Astral Theater, on Corrientes Street, to see the play Two crazy women, starring Verónica Llinás and Soledad Silveyra, in what was their first public outing in the midst of preventive and compulsory social isolation.