Mir: “What Márquez does is sanctioned in Moto3” 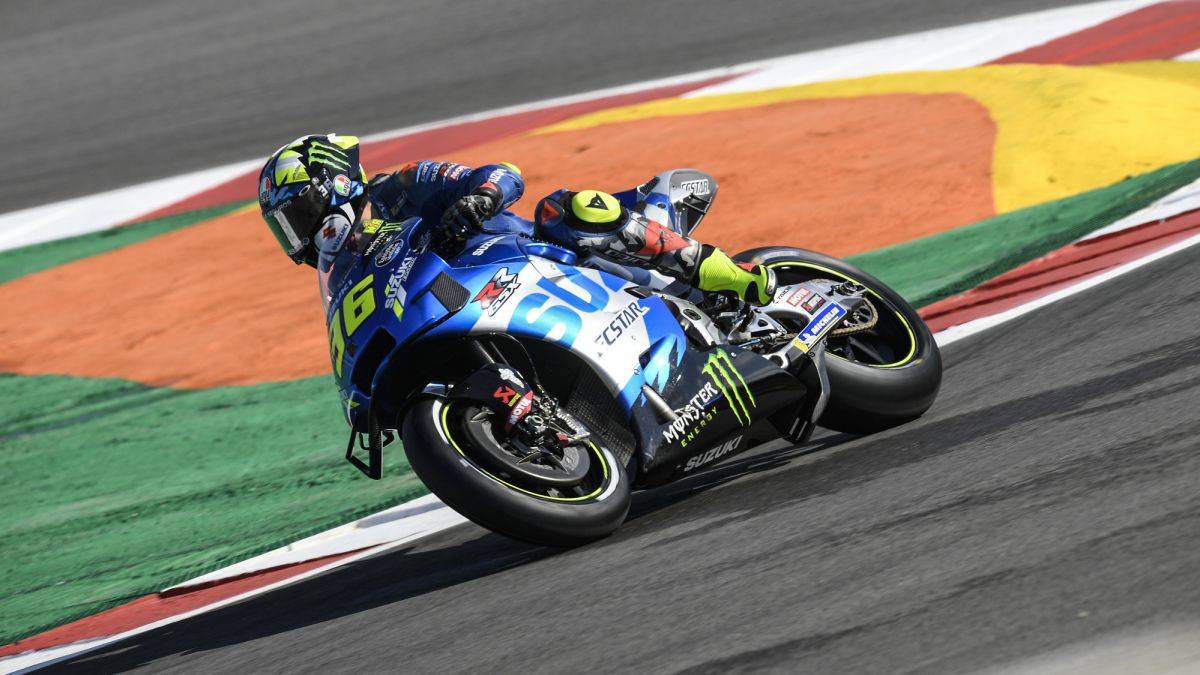 Start pulling gallons Joan Mir from his throne of MotoGP and has not been cut when it comes to remembering that, what Marc Márquez did with him in Q1, they are actions that are sanctioned in Moto3 and Moto2. Apart from that, which he said quite seriously, he ended up satisfied with his ninth place in Q2 of the Portuguese GP.

– Feelings after this ninth place coming from Q1?

-I’m satisfied with how it went. We have given 100%. In FP3, because of flags and because of stories, we couldn’t get through and then in Q1 we went through without too many problems, which is always positive, but we already know what happens. When we go to Q1, then we don’t have a second tire for Q2 and we needed one more tire to finish the job. Still, the time I’ve done is not bad at all. In the first outing it was quite competitive and the pace is good. We have worked well and I will try to have a good race.

-How has Q1 lived, when you went out with Márquez and gave you a wheel? Do you think he was trying to make you nervous in addition to doing your time?

-We already know that Marc likes to do this. Today he has done it with me and he always does it with someone to get behind in the qualifications and play this game. For this reason in Moto3 they penalize him, then no. Here they do not penalize, but this is so. I go to mine and I have not been nervous at all. I have also done my time, I have given my one hundred percent and it is what it is. If we had entered the game that he came out much further ahead, he cut, he got behind, he annoyed me in the first lap of the clock, because he started slow. I found him in the middle of the track, I already lost my lap, then I pulled and he already took advantage of my wheel and such. In Moto3 they penalize for this, and surely in Moto2, but in MotoGP not yet.

-Speak like the champion that he is, asking for justice. Do you think from what you say that they should sanction Márquez?

-I believe that these types of actions in MotoGP are also dangerous and they are not only dangerous in Moto3. I don’t think he should be penalized directly, but this type of action is dangerous. In the end, it goes much slower, it bothers me on my fast lap and for these actions I would have to be penalized, I think. Well, I haven’t given it much thought either. I have gone out to mine and have done the time that I think I could do.

-Have you already spoken to Miller or are you still pending?

-Pass, I don’t have it pending.

-Does the second of your partner Rins motivate you or itch you in Q2?

-It is a reference that you have. We are there too, at two or three tenths.

-What do you think of the sanction against Bagnaia and the yellow luminous flags?

-Sometimes it is difficult to see the flags with MotoGP. It is something that has to be improved. Surely, Oliveira’s bike is in front of you and you still see it, but it is also a qualifying lap and it also makes it difficult to see further because we are very focused on that lap. It is unfair sometimes, but we cannot consent to that either and these actions have to be penalized. He has not seen it and has been harmed, but it has happened to all of us. It is one more factor that there is now in MotoGP and you have to know how to manage. Sometimes you are lucky and you slip away, but sometimes you are not. What would happen if Oliveira is on the ground, Pecco Does it come in a fast lap and does the steering turn there too? It can cause something pretty serious. These actions are important for the pilots to know that we must respect if another pilot is on the ground. Another thing is that you do not see it, which is a shame.

– Do the panels help?

-Help, help. This track is surely not one of the best, because there are so many ups and downs that it is difficult to see a panel, a flag or whatever. It is difficult, but generally they work.

Prince Philip's funeral: a woman ran half-naked on the outskirts of Windsor Castle

Kaizer: Al-Jazeera and Al-Ain are a “heavy site”

The cryptocurrency boom in Argentina as a form of savings