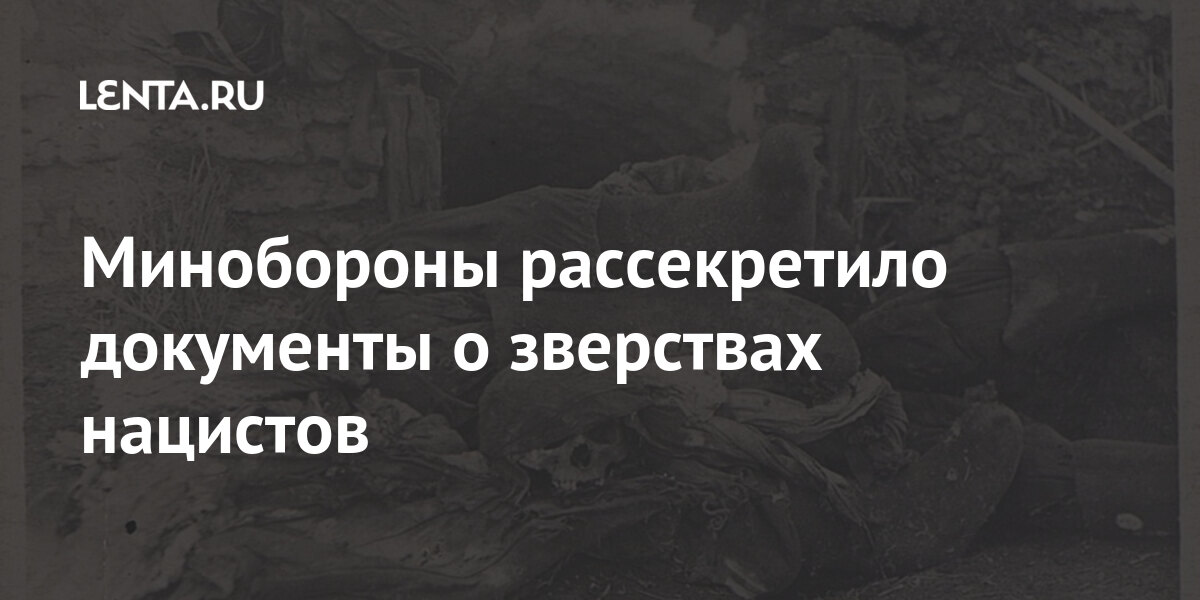 The Russian Ministry of Defense has launched a section “Cannot Be Forgotten” about the atrocities of the Nazis. A project timed to coincide with the International Day for the Liberation of Nazi Concentration Camp Prisoners, posted on the website of the department.

The portal contains documents and photographs from the funds of the Central Archives of the Ministry of Defense, telling about the crimes of soldiers and officers of the Wehrmacht, civilian personnel of Nazi Germany and their accomplices. There is also evidence of mass killings of civilians by the Nazis, including babies. A number of documents have been cleared of secrecy.

It is noted that the published information is not recommended for familiarization to persons under the age of majority. The reason for this is the detailed description of the atrocities to which the prisoners of war and the civilian population were subjected.

On March 22, the chairman of the Investigative Committee of Russia, Alexander Bastrykin, called for the identification and condemnation of all Nazi criminals, and in the event of their death, to make their names and crimes public. “Everyone who is involved in the inhuman treatment of the population, genocide, murder of civilians and prisoners of war should be identified and condemned,” Bastrykin said. He noted that the details of the massacres of civilians during the Second World War in many Russian regions became known thanks to excavations and the declassification of archives.

In 2020, the Ministry of Defense declassified a number of documents dedicated to the liberation of European cities from the Nazis. The series culminated in scanned materials about the battles for Berlin and the Reichstag.

LaLiga, without evidence on the alleged insult of Cala to Diakhaby

Under 60-year-olds: Second vaccination according to Astra-Zeneca with Biontech or Moderna