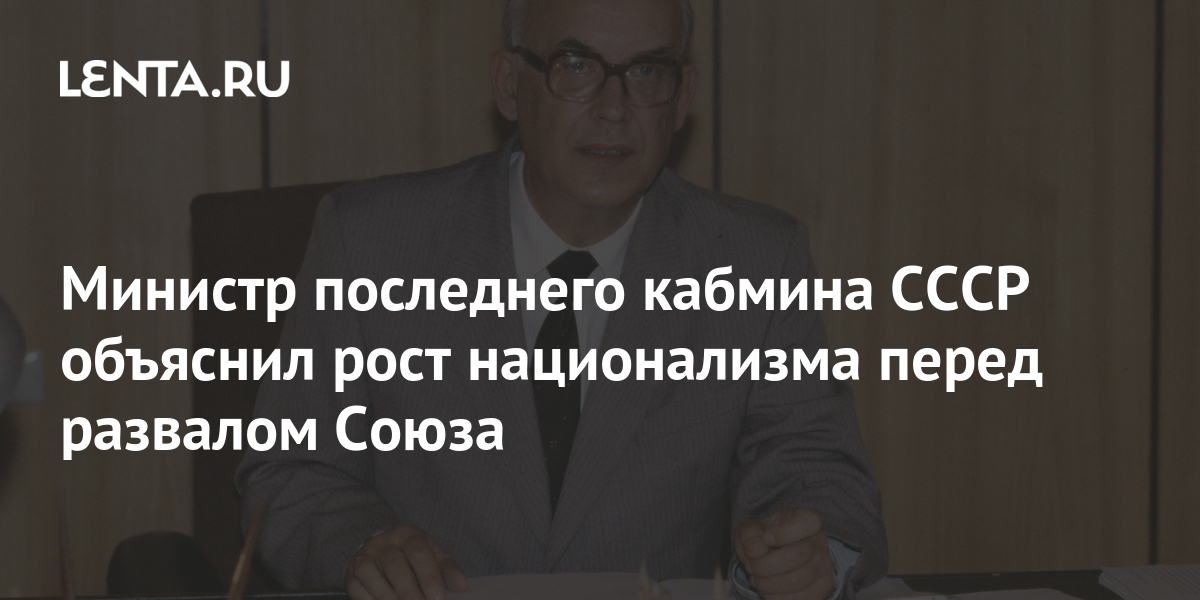 The republics had almost no independence in determining their economic policy, almost all decisions required the approval of the USSR State Planning Committee, the Council of Ministers and the Central Committee of the CPSU, and this was one of the reasons for the rise of nationalism after the weakening of the central government in recent years before the collapse of the Union, he said in an interview with Lenta .ru “the last Minister of Labor and Social Affairs of the USSR Valery Paulman.

“As the chairman of the State Planning Committee of the Estonian SSR, while defending the drawn up plan, I had to coordinate every detail with Moscow. For example, the construction of any facility up to a toilet, ”he said.

The interlocutor of “Lenta.ru” added that the union republics “literally howled under this oppression.”

On August 18-21, 1991, events took place in the USSR, which were called the “August putsch”. The State Committee for the State of Emergency (GKChP), which emerged in those days, which announced the removal of Soviet President Mikhail Gorbachev from power for health reasons, was opposed by the leadership of the RSFSR: President Boris Yeltsin and Vice President Alexander Rutskoi. At their call, thousands of people gathered outside the White House. Officials and state authorities, including Gorbachev, regarded the actions of the State Emergency Committee as a conspiracy, a coup d’etat and an unconstitutional seizure of power.

In December 1991, the leaders of the RSFSR, the Ukrainian and Byelorussian SSR concluded the Belovezhskaya agreements, after the ratification of which the Soviet Union ceased to exist. Mikhail Gorbachev made no attempt to retain power.