Milla: “I don’t believe the Prince; Valencia can get scalded” 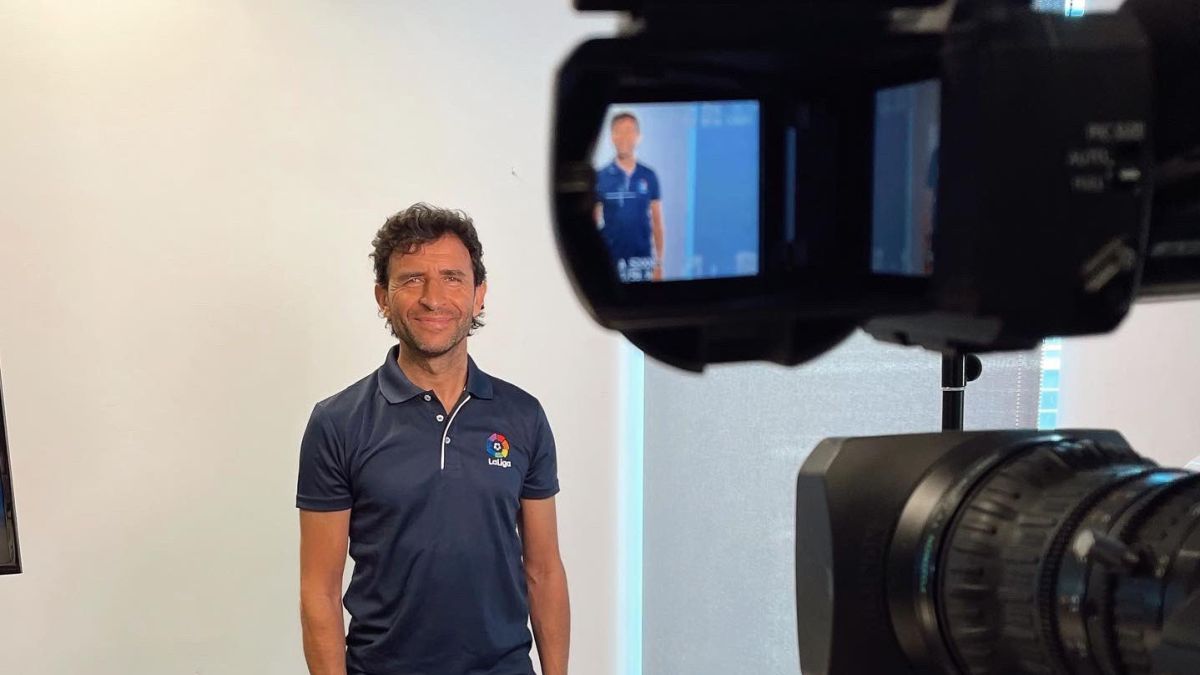 Luis Milla (Teruel, 1966) is a television commentator and has studied Valencia very well. His last experience on the bench was in Indonesia, where he was coach. He wore the bat on his chest 105 times. He won a Cup, an Intertoto and a Spanish Super Cup. He retired as a che player. It is an authorized voice to analyze the present and the future of Valencia. The former midfielder does not believe the magnates who begin to appear in Mestalla, but he takes his hat off to Gracia and her players.

How is life going?

I’m a television commentator, doing First and Champions matches. I am calm because the subject of training is very complicated. My last experience in Spain was at Real Zaragoza and then I spent two years in Indonesia as a coach. I went out of the market and now it is more complicated. There has been an option to go abroad again, but right now I don’t feel like it because the situation is complicated by the pandemic. I’m watching a lot of football and enjoying Luis at Granada.

And isn’t something missing without training?

They are things that you cannot control either. For example, training in Second B does not appeal to me unless a project appears that is very worthwhile. I am in a waiting situation because I already have experience abroad and I know that I can adapt. I’m quiet.

How do you see Valencia?

Due to a management and economic issue, its best players have left and it is evident that it cannot be at the level of other years. It is counting on many young people who compete well, but it lacks experienced players who allow you to win games, give you results and confidence. If you want to have that club policy, you have to wait a while, but neither Valencia nor its fans are in the habit of waiting on a project that can be set up in four or five years. It seems that the owners want to give the youngsters a ball so that they can become players, but they are not there to fight for situations like those that Valencia is used to. It is a complicated and difficult situation because the demands of the club are maximum, but you cannot ask them, with this potential and these players, for anything other than to think about saving the category and nothing more.

Which exit did the most damage to Valencia of all?

It is a sum of everything. Coquelin and Parejo were important because they are mature and they knew the pressure of playing for a club like Valencia. They have left and now Soler is playing, who has good qualities and has been international, but needs poise, like Racic. I understand that the club’s managers will be doing work with players like Musa, Blanco, Kang In, Guillamón… But they are playing at the highest level and it shows. If you add five young players in the eleven, where the demand is maximum, it shows. Possibly, these footballers next year will be better and give you better results, but you need time. In Valencia people are not there to wait.

“It makes me sad to see Valencia like this, but they can’t think of anything other than salvation”

Do you have any weaknesses?

Kang In has a lot of clarity and Guillamón is smart and has a great ball output. But I insist, the demand is maximum and it is not easy to play in this situation. But still, I think they are doing too well. I like to give the example of Getafe-Valencia a few weeks ago, it seemed like a men’s game against children.

I don’t believe all those people. They want to look for the business in Valencia and the club can get scared. They do not assume that for it to be successful, you have to have a good sports base, made up of people who know the environment, Spanish football and the idiosyncrasies of an entity like Valencia. I have the feeling that they manage the club from above and rely on a representative from outside to advise them. Things like that do not work because you can take on a club like Valencia.

“In spite of everything, I take my hat off to the work of Gracia and the players. They are giving it their all” “

That’s the truth. The management of Valencia is not being the ideal one and as a former player of this club I am sad to see him like this because I would like him to be higher and compete for bigger things. But I want to be clear about something else and that is that I take my hat off to the work of Javi Gracia and the players because they are performing at their best and giving everything despite the circumstances. But something else is the management and the policies of the owners.

He says he’s sad to see Valencia like this …

He has always aspired to everything. He is at a level that he does not deserve because he has always been one of the greats and that makes me sad.

Let’s talk about Luis, about his son. A pity that he cannot be this Sunday at the Mestalla …

You have been unlucky. The season started very well. He caught Covid in January and then, when it seemed to start, he hurt himself in training. I tell Luis that this is the life of the footballer. See if he can play in three or four weeks. I’m happy because he’s at a club like Granada, which is doing things well, with a project that looks very good.

Would you like to see Luis with the Valencia shirt?

Now he’s at Granada and he’s fine and happy. What you have to do is grow as a player. He is a fantastic age to think only about football and improving at Granada. That must be the mindset.

What can we expect from the Robbie Williams ‘biopic’ played by a digital monkey?