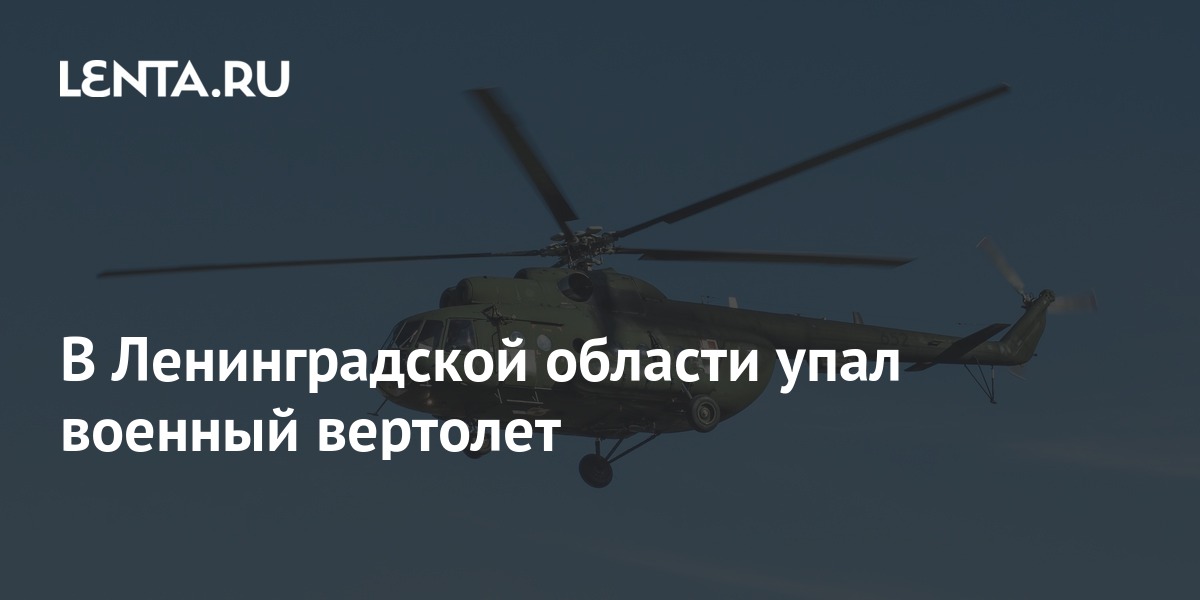 “At 20:30 a request was received about the fall of a military helicopter on the territory of the Gatchina district of the Leningrad region, the village of Korpikyulya,” a source in the emergency services said.

According to the agency, three people died in the crash. It is also clarified that the crashed plane belonged to the Russian Guard and was on a training flight. Fire and rescue units went to the scene.

On June 19, an L-410 plane crashed in the Kemerovo region. He fell after takeoff from the Tanai airfield near the village of Zhuravlevo. At that time, there were 19 people on board: 17 parachutists and two crew members. According to preliminary data, the cause of the incident could be a failure of one of the engines.