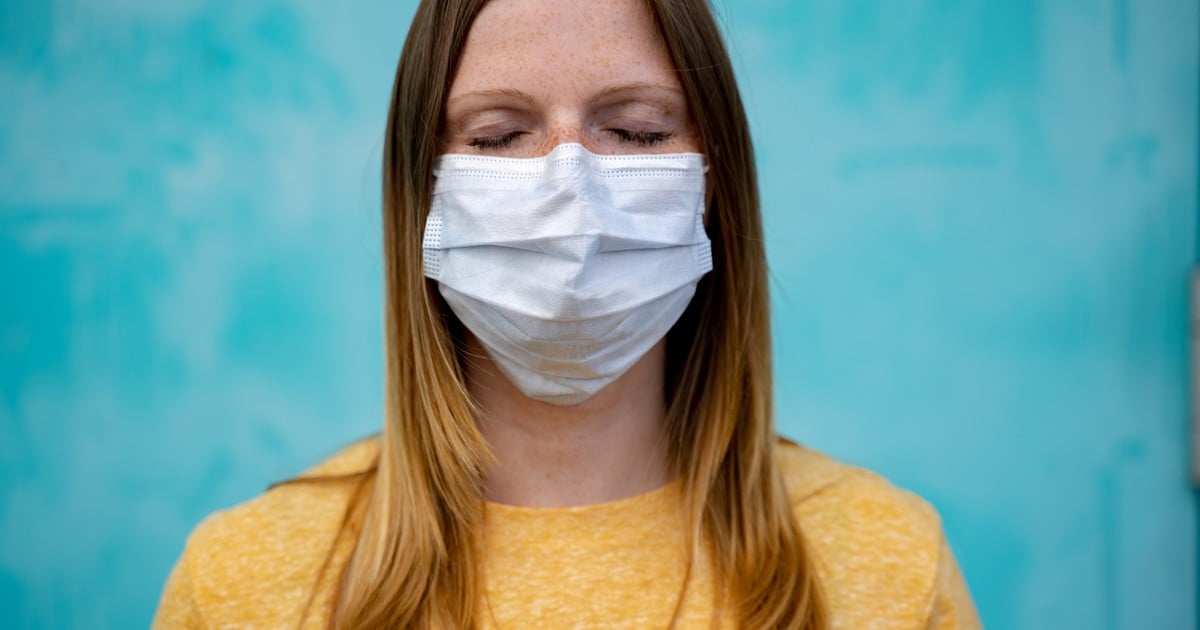 The coronavirus represents a double risk for those who contract it. First, the acute stage of infection, which can be asymptomatic to very severe and life-threatening. Those who overcome this instance face possible long-term effects, the so-called “prolonged covid”, which occurs frequently, according to studies carried out around the world. A recent one, from the Karolinska Institute in Sweden, found that one in 10 people with mild covid he registered at least one moderate to severe symptom eight months after going through the condition.

The work, called Community, began a year ago with a different main goal: to examine immunity (protection against future infections) after going through Covid-19.

In the first phase of the study, the results of which are published in the JAMA magazine, the researchers collected blood samples from 2,149 employees at Danderyd Hospital, of whom about 19% had antibodies to SARS-CoV-2. Since then, they have continued to take samples every four months.

At the third follow-up, in January 2021, the team examined the self-reported presence of long-term symptoms and their impact at work, social and family life of participants who had had mild COVID-19 at least eight months before.

The results showed that 26% of those who had covid, compared to 9% in the control group, had at least one moderate to severe symptom which lasted more than two months.

And 11%, compared to 2% in the control group, had at least one symptom that had a negative impact on work, social or family life and lasted at least eight months. The most common long-term symptoms were loss of smell and taste, fatigue, and breathing problems.

That number coincides with that reported by the World Health Organization (WHO), which warned that one in 10 infected suffers symptoms at least up to 12 weeks later, which is why it called on health authorities to consider persistent covid “a priority “.

Fatigue, one of the persistent symptoms of the coronavirus. Photo Shutterstock.

“We investigated the presence of long-term symptoms after mild Covid-19 in a relatively young and healthy group of working people, and found that the predominant long-term symptoms are loss of smell and taste. Fatigue and respiratory problems. they are also common, but they do not occur to the same extent, “said Charlotte Thålin, MD, principal investigator of the Community study.

“However, we do not see a higher prevalence of cognitive symptoms such as brain fatigue, memory and concentration problems or physical disorders such as muscle and joint pain, heart palpitations or prolonged fever, “he added.

“Have respect for him”

“Even though the study participants had a mild Covid-19 infection, a relatively large proportion report long-term symptoms with an impact on quality of life. In light of this, we believe that young and healthy people, as well as other groups in society, they must have great respect for the virus that seems to be capable of significantly affect quality of lifeeven for a long time after infection, “warned Sebastian Havervall, deputy chief physician at Danderyd Hospital.

Young, healthy people should have respect for the virus, say the researchers. Illustrative photo Shutterstock.

The prevalence of neurological symptoms, among which is defined as “mental fog”, were described in other studies that analyzed the persistent effects among people who consult the health system for prolonged covid.

A study carried out in 100 patients from the United States, published in The Annals of Clinical and Translational Neurology, found that 85% of those who had attended clinics specialized in neurological symptoms experienced four or more such problems, such as mental confusion, headaches, tingling, muscle pain, and dizziness.

Beach riot against the “masks”