Milan returns to the road to victories by defeating Genoa 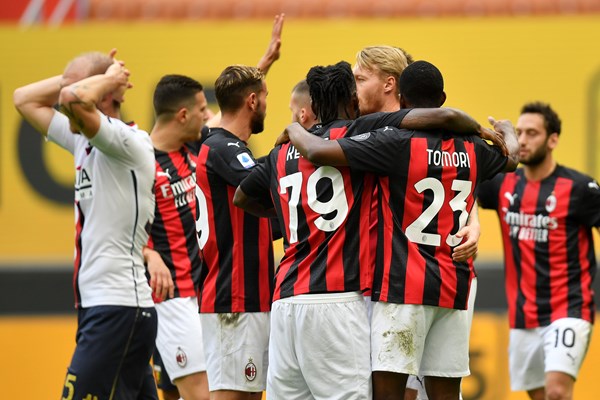 Milan won their first home win in the Italian Serie A in more than two months, when they defeated Genoa 2-1 on Sunday, boosting their chances of securing a place in the golden box at the end of the season.

Milan played without its veteran Swedish star Zlatan Ibrahimovic due to suspension, and he advanced with a beautiful goal in the 13th minute through Ante Rebic, but Mattia Destro scored the net of his previous team in the 37th minute to tie the two teams with a goal for each.

In the second half, Milan struggled to advance at home and was lucky when Gianluca Skamaka accidentally scored an own goal in the 68th minute.

After that, Genoa made every effort to equalize, but failed against the steadfastness of Stefano Pioli’s team, who raised their tally to 66 points from 31 games in second place, eight points behind leaders, Inter Milan, who will meet Napoli later. Genoa’s score stopped at 32 points and ranks 14th.