Milan and Juve are not hurt. And Inter is +4 on the Devil 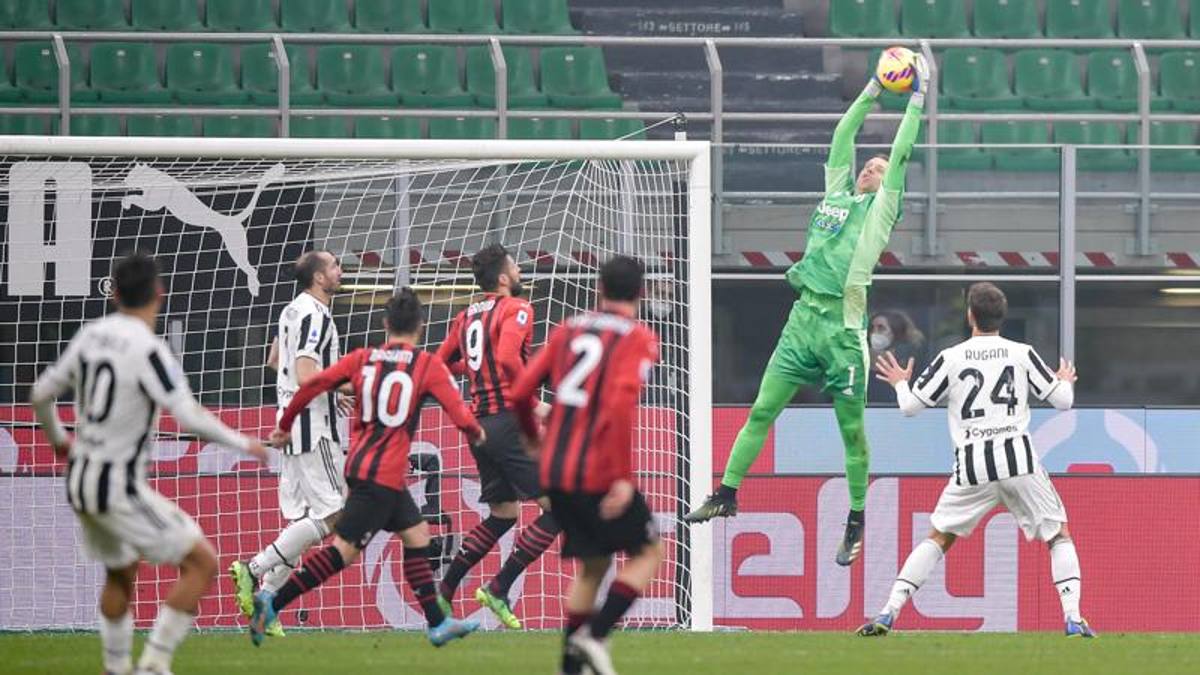 A hard-fought and balanced challenge, but ugly and stingy in emotions. The draw penalizes the Rossoneri the most (joined by Napoli): now Inter are at +4, with one game less. After the break comes the derby. Ibra out due to injury after half an hour

Equilibrium. Lots of balance. Probably too much, so much so that Milan and Juve have practically canceled each other out. In boredom, however. At San Siro the big match ends 0-0 and it was a bad show. Indeed, really ugly. A hard-fought game, certainly intense, no doubt, but very stingy in emotions. A draw that penalizes AC Milan the most from a standings point of view. If it is true that Juve fails to reach fourth place, Milan, for their part, gets hooked by Napoli and above all loses more ground on Inter, which is now +4 with one game less. After the break comes the derby and for the Rossoneri the only eligible result will be victory. For Pioli the Allegri taboo resists (never a joy in 19 crosses), for Juve that of high-altitude clashes (not even a victory so far against the first four), but the Bianconeri continue in the positive row – ninth useful result in a row ¬– while the Devil has to deal with only one point in his pocket in the last two outings. And with Ibra’s new injury, he was out after half an hour due to a problem with the Achilles tendon in his right leg. So the super duel with Chiellini soon ended, but the others too – for example Hernandez-Cuadrado – weren’t much.

See also  Milan, primacy and transfer market: tight for the defender, and there is a track that leads to Jovic

Rungs compared to the chasms of recent times finally recover some foreground elements. Romagnoli, Covid archived, the defense resumes (with Kalulu at his side) and Tonali a median (next to Krunic) who also finds the Bennacer option. Calabria also got back on its feet, so much so that it was preferred to Florenzi. In front, on the trocar, a not so predictable choice: inside Messias, outside Saelemaekers. Ibra in the center of the attack. Allegri also in the end opted for the 4-2-3-1 imagined on the eve, except for a patch put in defense in the last hours: De Ligt ended up knocked out due to gastroenteritis, in place of him Rugani paired with Chiellini. Mediana entrusted to Bentancur and the former Locatelli. Behind Morata trident with Cuadrado-Dybala-McKennie. Juve started with the throttle wide open. An angry, imperious start, which in the first quarter of an hour crushed Milan in the last thirty meters but did not produce dangers proportional to the domination. Just one idea, that of Cuadrado who slipped into the heart of a badly positioned defensive line and sent just wide. A first half generally constipated with real chances, because both defenses closed well and because the fluidity of the game was fragmented by an infinity of fouls on both sides.

Not a bad match, but decidedly angular, experienced on the intensity of the duels in the median, rather than in the area. Tonali took charge of Cuadrado when the Colombian swerved towards the center, and also took care of Dybala’s rearmost movements. Allegri has understandably built a mini-cage around Leao with the aim of never leaving De Sciglio alone in one-on-one: in turn, Cuadrado has alternated effectively in the task in the first instance and Locatelli in case of need. And in fact the Portuguese often found himself without that depth that he loves to attack so much. A match that inevitably developed mostly on one lane, that of Hernandez and Cuadrado, on the side where Dybala also likes to start. For half the time Juve was preferred as a maneuver, as an overall idea of ​​the game, then Milan put out their noses in the second part with authority. At 20 ‘Leao committed Szczesny rather severely after exchanging with Ibra, who raised the white flag at the half hour: goodbye to the duel with Chiellini and out with the ice pack on his right ankle (possible problems with the Achilles tendon). Inside Giroud. A couple of shots from Calabria are the only other jolts of a balanced first half.

See also  This is how Real Madrid has fared in the first part of the season: from a promising start to doubts

Balance also maintained in the recovery, but with the aggravating circumstance of a decline in the general pace. Less intensity, fewer ideas, emotions close to zero. Just a header from Morata to the side, an insidious left by Hernandez well controlled by Szczesny and a kick from behind by Messias to Morata in the area that could have consequences. Around the hour of play in Bennacer and Saelemaekers for Messias and Diaz on the one hand (Krunic advanced in the center of the trocar), Arthur and Bernardeschi for Locatelli and Cuadrado on the other. Then Kean for Morata and Rebic for Leao. Moves that have not had particular effects. The last segment of the match was a rather inconclusive and also quite sad, which further made the match ugly. The feeling in the final was to observe two teams satisfied with the result. Which, however, does not benefit anyone’s ranking.

US Secretary of State issues a clear warning to Russia