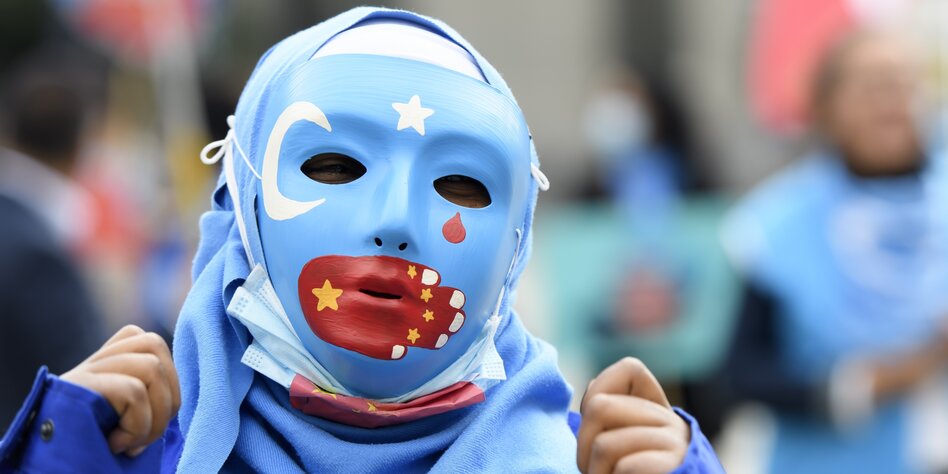 The outgoing US Secretary of State accuses Beijing of genocide of the Uyghurs. Washington’s future foreign minister, Antony Blinken, agrees.

BERLIN taz | On Tuesday, on his last full day as Secretary of State, Mike Pompeo accused China of genocide and crimes against humanity against the Uyghurs and other minorities in Xinjiang province. “I believe this genocide is ongoing and that we are witnessing the systematic attempt by the Chinese party state to destroy Uyghurs,” Pompeo said loudly U.S. Department of State. Beijing’s goal is the forced assimilation of the Muslims there and the eradication of their culture.

The outgoing minister accused China of arbitrarily arresting more than a million Uyghurs, Kazakhs and Kyrgyz, forced labor, forced abortions and sterilization, widespread torture and the suppression of freedom of religion, expression and movement of Muslims in Xinjiang. This began on a large scale in March 2017 at the latest.

China Embassy in Washington rejected the genocide allegation as a “lie”. This is a “farce to discredit China”. Beijing had successfully combated terrorism in the region and from 2010 to 2018 the number of Uyghurs rose from 10.17 to 12.72 million. Another reaction from China is the reference to 400,000 corona deaths in the USA.

The World Uyghur Congress (WUC), based in Munich, was delighted with Pompeo’s statement: “Today, history was not only written for the Uyghurs, but for all of humanity”, declared WUC President Dolkun Isa. Hopefully this will also allow other governments to take action.

At first glance, Pompeo’s statement looks like he’s laying an egg in the nest of Biden’s new government. But Joe Biden, too, had declared during the August election campaign that he viewed China’s actions in Xinjiang as genocide.

On Tuesday, Biden’s US Secretary of State-designate Antony Blinken said at his Senate hearing to confirm in office that he found the term genocide appropriate for China’s actions in Xinjiang. “That would also be my judgment,” he said of Pompeo’s explanation. “I think we are very much in agreement.”

Blinken calls the labor camps, in which more than a million people may be exploited in Xinjiang and which Beijing has succinctly designated as training centers, “concentration camps”.

Pompeo’s farewell statement is also a demarcation from Trump. According to New York Times there was a dispute in his government over how to deal with China’s repression in Xinjiang. Trump, who initially even praised Beijing’s actions there, had long hoped for a trade agreement with China and therefore did not want to talk about genocide. This is exactly what Biden had turned against during the election campaign.

US Congress called for an investigation into genocide

On December 27, Congress finally asked the US government to investigate the genocide allegation against China within 90 days. Some Chinese cadres responsible for Xinjiang and some Chinese state-owned companies involved in the exploitation of Uyghurs had already been subject to US sanctions. On January 13, the US banned imports of cotton and tomatoes from the Chinese region.

Narrow vote: In the British House of Commons, an attempt to prevent a possible British-Chinese trade agreement by alleging genocide in Xinjiang has narrowly failed. An amendment to a new commercial law, according to which commercial contracts automatically expire if the contracting party is found guilty of genocide by a British court, was rejected by 319 votes to 308. However, the application can be renegotiated in the House of Lords.

With USA against EU: Instead, on January 12, the UK government announced punitive measures against companies that source goods from China using forced labor. In doing so, it separated itself from the EU, which concluded an investment agreement with China at the end of 2020, and joined the anti-China line of Joe Biden’s new US administration. (DJ)

In December 2020, the International Criminal Court in The Hague rejected an application by Uyghurs to investigate the genocide allegation against China because the People’s Republic is not a member of the court. In Canada, a parliamentary committee first spoke of genocide in Xinjiang in October 2020.

Pompeo’s accusation of genocide should also increase pressure on other governments and institutions. The EU Commission concluded a controversial investment agreement with Beijing shortly before the turn of the year. That still has to be approved by the EU Parliament. The opponents of the agreement there are likely to feel encouraged by Pompeo genocide allegations against China, even if only a few MPs are likely to mourn the rumbling Trump aide.

Western companies are also likely to find it more difficult to conduct their controversial business in Xinjiang in the future. At least they can no longer be as easy as VW boss Herbert Diess claim they have never heard of labor camps in Xinjiang.