Miguel Díaz-Canel, the new president of Cuba who was born in the heat of the Revolution 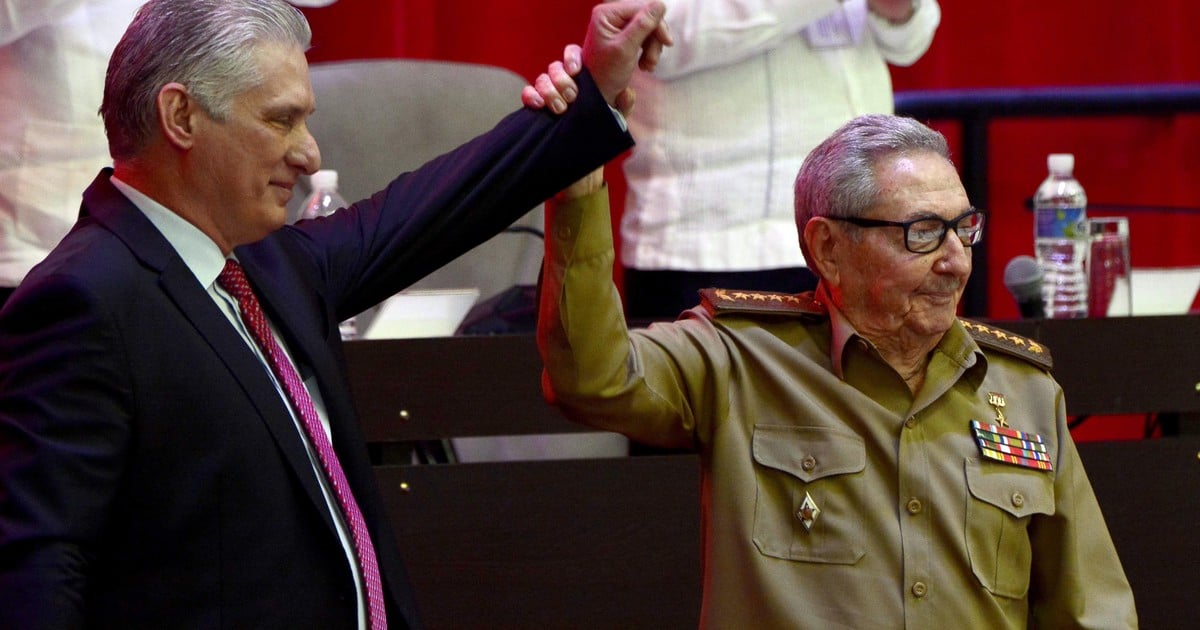 Born after the triumph of the revolution in 1959, Miguel Díaz-Canel, president of Cuba since October 2019 and now first secretary of the Communist Party, embodies the new generation in power on the island, more connected, but not necessarily more flexible.

From Santa Clara, where was born 60 years ago (This Tuesday, April 20, he will be 61 years old), Díaz-Canel is a politician who considers himself an atheist. He graduated in 1982 as an electronic engineer from the Central University Santa Clara “Marta Abreu”, and then began his career as an officer of the Revolutionary Armed Forces (FAR) where he held that command until 1985.

It was in April of that same year that he became a professor at that university, where he also practiced cAs a professional cadre of the Union of Young Communists.

The power of Cuba ceases to be called Castro. Almost 60 years later, what the world did not expect to happen happened: a Castro will not lead the reins of the Cuban Communist Party.

With the arrival of Díaz-Canel to the presidency, the regime takes a doubly symbolic leap. Not only is he the first to be president outside the Castro family in the socialist era, but also the new leader of the CP was born a year after the triumph of the Cuban Revolution in January 1959. And this is not a minor fact, if it is understood that the Communist Party of Cuba it seeks to “rejuvenate” its politics.

It was Raúl Castro who first noticed Díaz-Canel’s aptitudes to be a possible successor to the head of the Communist Party when he decided to leave.

The current Cuban president began his political career in the mid-1980s, when he was part of the Union of Young Communists. Then, between 1987 and 1989, he carried out internationalist missions in Nicaragua, where he directed the representation of the Young Cuban Communists in that country.

Already in the late 1980s, he returned to Cuba and He went on to lead the party in his province, Villa Clara.

He had several appointments since the early 1990s that made his name stand out. It was even in 1994 that he was appointed first secretary of the Provincial Committee of the Party in his native province, and during his tenure he opened a cultural center called “El mejunje” that became the first place to offer transvestism shows in Cuba.

Faced with all these actions, he soon caught the attention of Raúl Castro and ended up taking him into his government. ANDn February 2013 Díaz-Canel was appointed vice president, replacing José Ramón Machado Ventura, a historical leader of the Cuban Revolution.

From there it was that his name began to sound strong to be the possible successor of Raúl when he ended up retiring from Power.

Arrival to the presidency

The process that brought Miguel Díaz-Canel to the presidency was slow and gradual. On April 19, 2018, in the IX Legislature of the National Assembly of Cuba that was constituted for the period 2018-2023, Raúl Castro left the posts of President of the Councils of State and Ministers of Cuba, but he kept the position of first secretary of the Cuban Communist Party.

There Miguel Díaz-Canel was appointed president, once Raúl Castro completely retired from politics, after this gradual and gradual process.

In his first speech as Cuban president, Díaz-Canel made his policy guidelines and style clear: “Cuban foreign policy will remain unchanged and Cuba will not make concessions or accept conditions. “And he also emphasized that Raúl Castro” will lead the decisions for the present and future of the nation. “

Finally, Miguel Díaz-Canel was appointed as president of the Republic of Cuba by the National Assembly of People’s Power on October 10, 2019, for a one-time re-eligible five-year term, according to the new Cuban constitution modified in 2019.

The profile of this politician is well defined and that was also what led Raúl Castro to consider him his natural successor.

Miguel Diaz-Canel always stayed true to the official line of the Communist Party, so no major political, economic or social changes are expected from him.

What the analysts assure is that, under his mandate, he will continue to deepen the “raulism” in Cuba, with a more developed market, but without political openness. Although the problems of exchange rates and monetary unification are obstacles that the new political management will have to overcome.

One of your main challenges will be monetary and business adjustments and of course the relationships with the United States to try to break the differences that Cuba maintains with the North American country.

“They have to be relationships that respect the rights of the Cuban people, its independence, its sovereignty and that they do not condition it ”, as Miguel Díaz-Canel expressed himself regarding relations with the United States.

This rise of Díaz-Canel is a historical and symbolic change for Cuba, because it opens the doors for future rulers who are far from the Castro family line.

‘Let me cut the class’: the scream of a teacher attacked by her partner in front of her students during a zoom